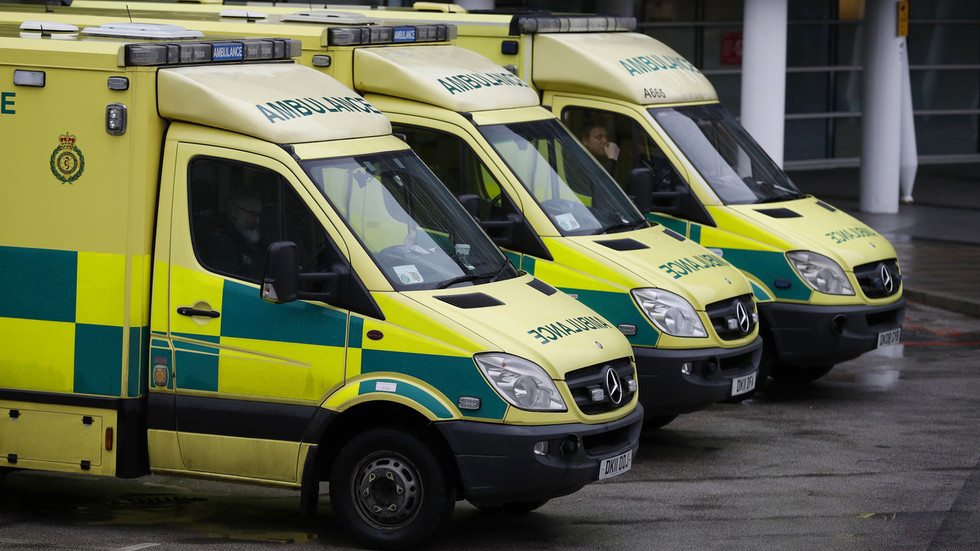 With no free beds available inside, a hospital in Northern Ireland resorted to treating patients in the back of ambulances pulled up at its car park, a medical official said, as the health service struggles amid the pandemic.

Northern Ireland is witnessing a spike in Covid-19 cases after it exited lockdown last week. Hospital capacity across the region reached 104 percent on Tuesday, according to local authorities.

Queues of ambulances have been spotted outside emergency departments across the country, with the worst situation being in the Mid and East Antrim districts.

A line of more than a dozen ambulances – still with engines on to keep the patients aboard warm – was filmed outside Antrim Area Hospital.

“We are providing care in the car park," Wendy Magowan, medical director of the Northern Health and Social Care Trust, which runs the local hospitals, confirmed to BBC Radio Ulster.

"Varying degrees of ill patients” have been provided care by doctors “in the back of ambulances,” due to there being no room inside the hospital, she said.

“I have never seen anything like this before in my life," Magowan added. However, she insisted patients were “safe” inside the ambulances.

Local residents were told not to attend the emergency departments of Antrim Area Hospital and nearby Causeway Hospital, but to check capacity at other medical facilities by phone.
The news comes a day after the heads of Northern Irish healthcare trusts warned that the coronavirus was putting the healthcare system under "unbearable pressures." Northern Ireland has so far registered more than 58,600 confirmed Covid-19 cases and almost 1,130 deaths due to the virus.