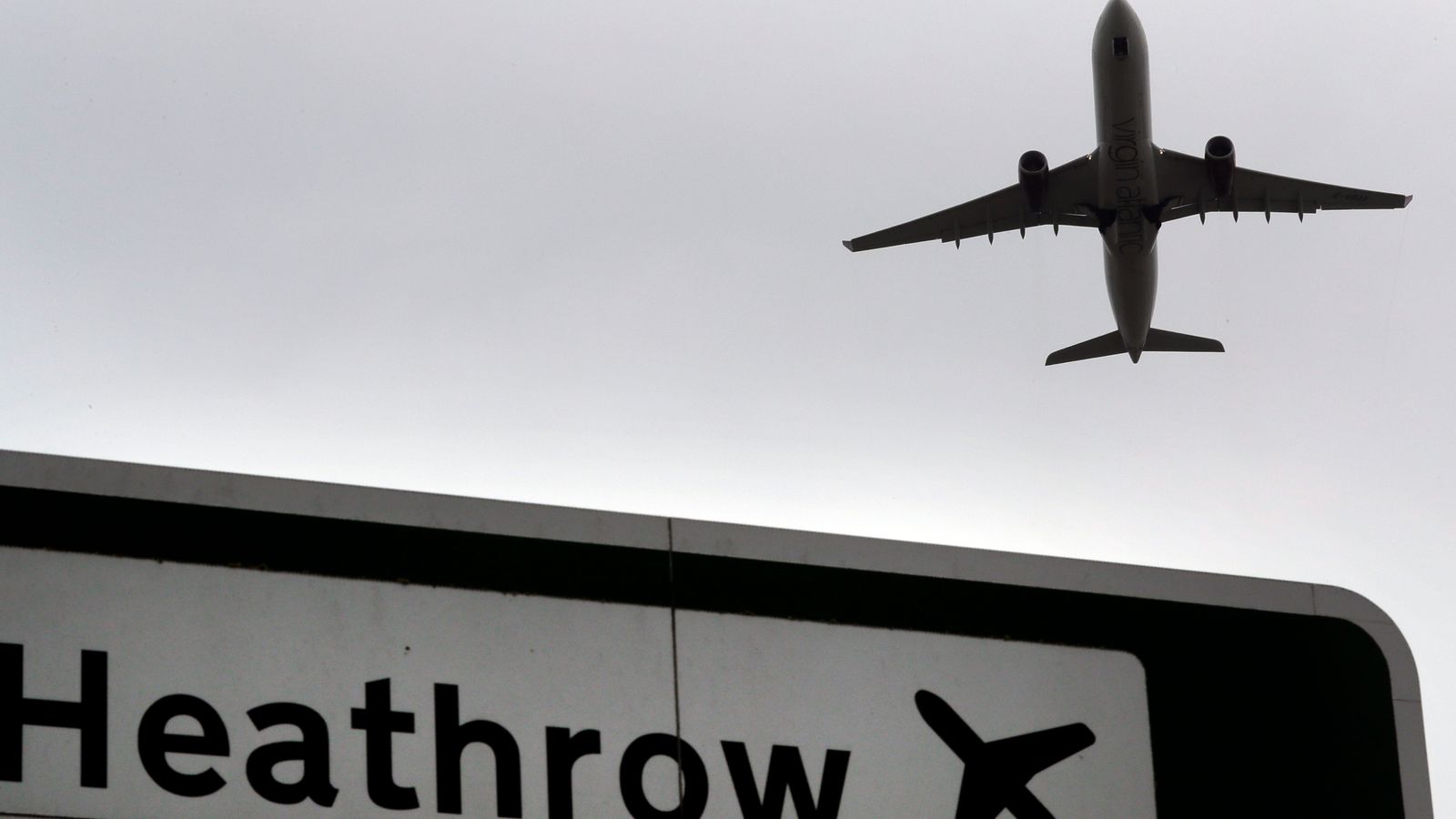 A "huge logistical challenge" to recruit and train 25,000 staff is needed to bring the airport back to pre-COVID capacity, bosses say
The UK's busiest airport is still less busy than pre-pandemic times but is planning measures to prevent Christmas travel chaos.

Demand for air travel is still below 2019 pre-pandemic levels, Heathrow Airport said, with numbers expected to be down a quarter on 2019 for the whole of 2022 at between 60 and 62 million people.

The numbers won't return to 2019 levels for a number of years, the airport said in its financial results for the nine months ending 30 September.

Heathrow served 18 million passengers over the summer, more than any other European hub.

Airport bosses blamed the headwinds of a global economic crisis, the war in Ukraine and the impact of COVID-19 for the lower passenger numbers.

But there was some good news for the airport as it managed to turn a £1.4bn loss in the first three quarters of last year into a £643m profit this year.

In order to bring up passenger numbers and cope during peak demand, the "huge logistical challenge" of recruiting and training 25,000 security-cleared staff needs to be done by businesses across the airport.

The airport is working with the government on a review of airline ground handling and is establishing a recruitment taskforce to fill the vacancies.

Heathrow also said it is working on a mechanism to avoid flight cancellations at peak times over the Christmas period.

The current cap on passenger numbers, that limits the number departing to 100,000 a day, is to be lifted on Saturday.

A "targeted mechanism" is being agreed with airlines, Heathrow said, to prevent the travel chaos and the flight cancellations experienced by travellers during the summer.

It would involve "retiming" flights during a small window of days and moving some morning flights into quieter afternoon periods, a Heathrow spokesperson said.

"But our discussions with airlines are ongoing and it may be that these measures aren't needed at all. We won't see flights being cancelled like earlier in the summer," they added.
#COVID-19  #Covid
Add Comment