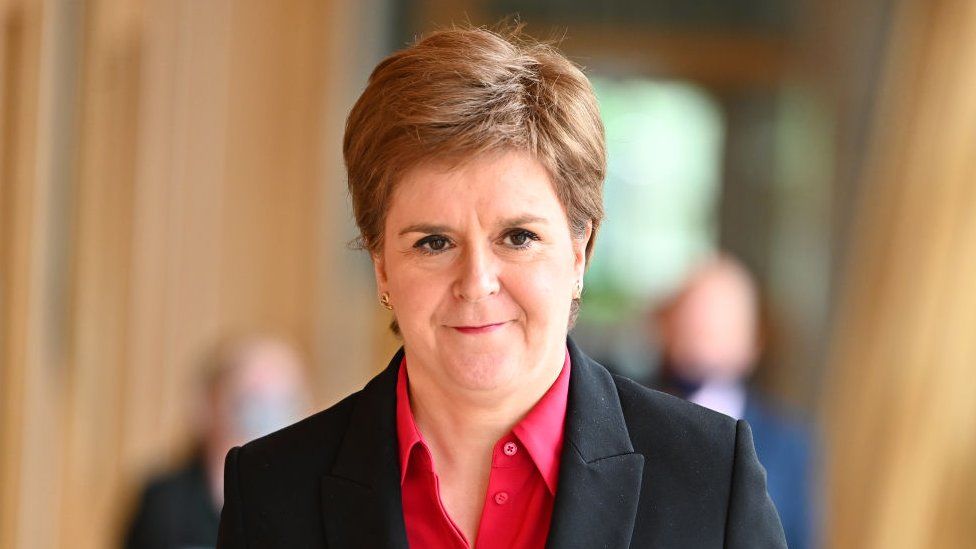 First Minister Nicola Sturgeon is to launch a fresh campaign for Scottish independence.

Asked whether she was now formally beginning the campaign for indyref2, the first minister replied: "Yes".

She also insisted she still planned to hold another vote before the end of next year.

Ms Sturgeon said she would unveil the first in a series of new papers setting out the case for independence on Tuesday.

She added: "Had we known in 2014 everything we know now about the path the UK would have taken then, I've got no doubt Scotland would have voted yes back then."

The first referendum on Scottish independence took place on 18 September 2014 when 55% of voters said "No" to the change while 45% said "Yes".

Supporters of the Union have accused the Scottish government of being obsessed with independence.

The first paper on the new independence push - entitled 'Wealthier, Happier, Fairer: Why Not Scotland?' - will be a "scene setter" which will compare Scotland and the UK to other European countries and set out why the government believes the country would be better off if it were independent.

Ms Sturgeon added that subsequent papers would look at a number of areas including;

*  and EU membership and trade

The first minister told the BBC: "The conclusion very clearly is that Scotland could be doing much better as an independent country... Nobody right now can look at the UK - the mess it's in currently and its prospects for the UK outside of the European Union surely and conclude anything other than that Scotland can do better as an independent country."

She said that a bill to bring about the referendum, or a timescale for putting forward a bill, would also be set out shortly.

Ms Sturgeon acknowledged that whether Holyrood had the power to legislate for a referendum was contested, and had not yet been tested in the courts.

She said: "That is the issue we are currently navigating so that we can deliver a lawful process," - adding that more details on those plans would come soon too.

Ms Sturgeon has always said that she wants any referendum to be officially recognised, which therefore means the power to hold a fresh vote must be passed from Westminster to Holyrood (as it was to allow for the 2014 referendum - in which voters backed remaining in the UK by 55% to 45% - to take place).

However, the UK government has shown no sign it would be willing to give the formal consent that ensured the legality of the 2014 referendum again.

Ms Sturgeon insisted her government had a mandate to hold a further ballot, and accused the UK government of respecting neither democracy nor the rule of law. 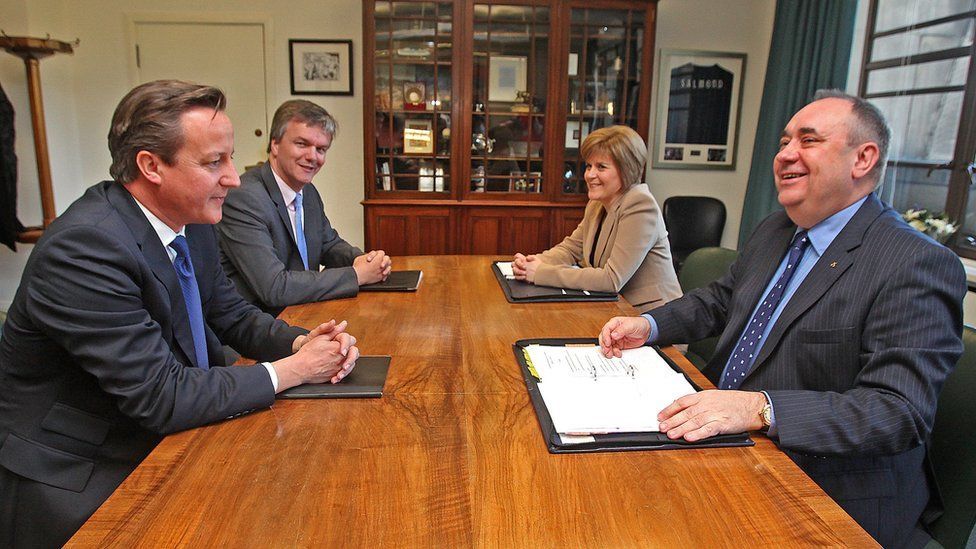 Last week, her government set out plans to cut tens of thousands of public sector jobs.

It followed a warning from a think tank that the Scottish government will face a £3.5bn gap opening up between spending and income.

Asked whether now was the right time to hold another vote, the first minister said the case for independence was not "abstract" or "separate" to the challenges the country faced.

"It's exactly about how we best equip ourselves to navigate those challenges so we don't have our budget set by Westminster, but we are in charge of these decisions ourselves," she said.

"So many of these challenges if not caused by then are absolutely exacerbated by the fact we are not independent. So yes this is the time."

In response to the new campaign for a referendum, the Scottish Conservatives' Donald Cameron said the vast majority did not want the "distraction" of another referendum next year.

He said the public wanted 100% of the government's focus to be on Covid recovery, the cost-of-living crisis, and supporting the health service.

Sarah Boyack, of Scottish Labour, said the government's attention was "still on their constitutional obsession".

She said it was an "appalling waste of time, energy and money" and that independence would "make Brexit look like a walk in the park".

Alex Cole-Hamilton, the Scottish Lib Dem leader, said the Scottish government cared "more about their independence obsession than everyone stuck on the longest NHS waiting lists in history, the cost of living crisis or the climate emergency.

"Nobody believes education is Nicola Sturgeon's top priority any more.

Nicola Sturgeon has a Holyrood majority for indyref2 when all the SNP and Green votes are added together.

What she does not have is the undisputed power to hold a referendum on Scotland's constitutional future.

That was secured in 2014 through an agreement with the UK government which lent Holyrood the power to put a referendum beyond legal challenge.

This time that will almost certainly not be forthcoming and if Holyrood legislates anyway, the bill is likely to be challenged in the UK Supreme Court.

I don't expect the bill or even a timetable for it to emerge this week.

The paper being published on Tuesday is likely to set out big picture arguments for independence rather than a process designed to break the deadlock over holding a referendum.