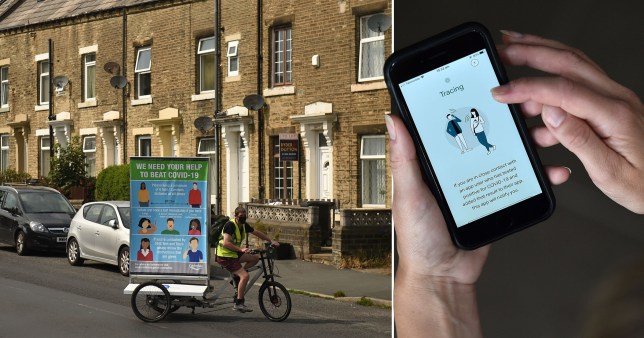 NHS Test and Trace to cut 6,000 jobs as system is scaled back

Thousands of NHS Test and Trace jobs are set to be axed, as the government moves to give local authorities their own dedicated teams to monitor contact between possible coronavirus carriers.

Under current rules, if the dedicated national team is unable to make contact with a person in a set amount of time, the local public health officials can use the data provided by NHS Test and Trace to follow up.

From August 24, roles will be allocated to regional teams to work with councils to ensure that they can reach as many people as possible who have potentially been in contact with someone with Covid-19.

The national test and trace system has been criticised for not tapping into local knowledge, with some employees claiming to have only made a handful of calls.

However, the Department for Health and Social Care (DHSC) has now said that NHS Test and Trace, Public Health England and local authorities will be able to work together to ensure more people are reached.

An advert to reduce the spread of coronavirus is seen in Calderdale – one of the hotspots for new infections (Picture: AFP)

This initiative has already been trialled in areas with high coronavirus rates such as Blackburn with Darwen, Luton and Leicester with successful results.

Officials said local areas will be given ‘ring-fenced teams from the national service’. It was revealed in July that ministers were spending £10 billion on the Test and Trace programme, despite the fact it wasn’t meeting its target.

Speaking about the scaling back of the national tracing system, Executive Chair of NHS Test and Trace, Baroness Dido Harding, said: ‘NHS Test and Trace is one of the largest contact tracing and testing systems anywhere in the world, and was built rapidly, drawing on the UK’s existing health protection networks, to stop the spread of coronavirus.

Testing and tracing will be handled by local authorities (Picture:AFP )

‘At the height of the pandemic, we ensured the system had extra capacity in place to cope with potential peaks in the virus. ‘We have always been clear that NHS Test and Trace must be local by default and that we do not operate alone – we work with and through partners across the country. ‘As we learn more about the spread of the disease, we are able to move to our planned next step and become even more effective in tackling the virus.’