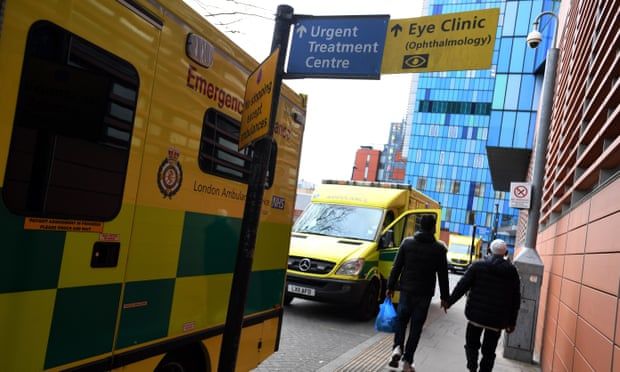 The creation of the NHS Race and Health Observatory, which has compiled a devastating review of inequalities suffered by people of colour within the health system, came after it emerged that people from different minority ethnic groups were at higher risk of dying from Covid. According to an Office for National Statistics analysis, black people were four times as likely as white people to die from coronavirus early in the pandemic.

Many explanations were put forward for the disparities, while people of colour were over-represented among Covid patients in intensive care units. These included them being more likely to be key workers in face-to-face roles – the fact that the first 12 doctors to die of coronavirus were people of colour was an early alarm bell signalling unequal risks. Another theory was that some minority ethnic groups are more likely to live in multigenerational households.

But another contributing factor was health inequality. While Covid – and the Black Lives Matter movement – may have shone a light on them, they were by no means previously unknown. The fact that the observatory pored over 178 studies, dating back a decade, illustrates that health inequalities were no secret among those charged with maintaining the nation’s health.

Long before Covid, it was known that there was a higher prevalence of heart disease, diabetes and kidney disease among certain minority ethnic groups. The race disparity audit published in 2017 under Theresa May’s government showed that most Asian groups expressed lower levels of satisfaction and less positive experiences of NHS services than other minority ethnic groups.

However, rather than taking up the baton of change presented by his predecessor, Boris Johnson’s government disbanded the race disparity audit advisory unit and set up its own commission to come up with new findings on racial inequalities. In its report, published in March last year, the Sewell commission was accused of glossing over health inequalities and the reasons for them while downplaying structural racism generally.

NHS Providers was among those who challenged the commission’s findings, saying “to pretend that discrimination does not exist is damaging as is denying the link between structural racism and wider health inequalities”.

The observatory not only identifies inequalities in every area of healthcare it reviewed but says that these have long been known about – yet there has been a failure to act.

Many of their findings will come as no surprise to healthcare workers, particularly those of colour, who have long complained of racism within the NHS, suffered by patients as well as staff. Workforce inequalities are also covered within the observatory’s review.

Having provided an incisive analysis of the nature and scale of health inequalities within the NHS, the next challenge is for the review to prompt sure and substantive action. Otherwise it will be just another addition to the litany of papers that have identified health inequalities, albeit one of unparalleled depth and expertise.

Health inequalities are not only unjust but also cost the NHS and economy money. As under-resourced and overstretched as the organisation is, having backed the creation of the observatory it is in everyone’s interests – including those of the government – for it to act on the independent body’s recommendations.