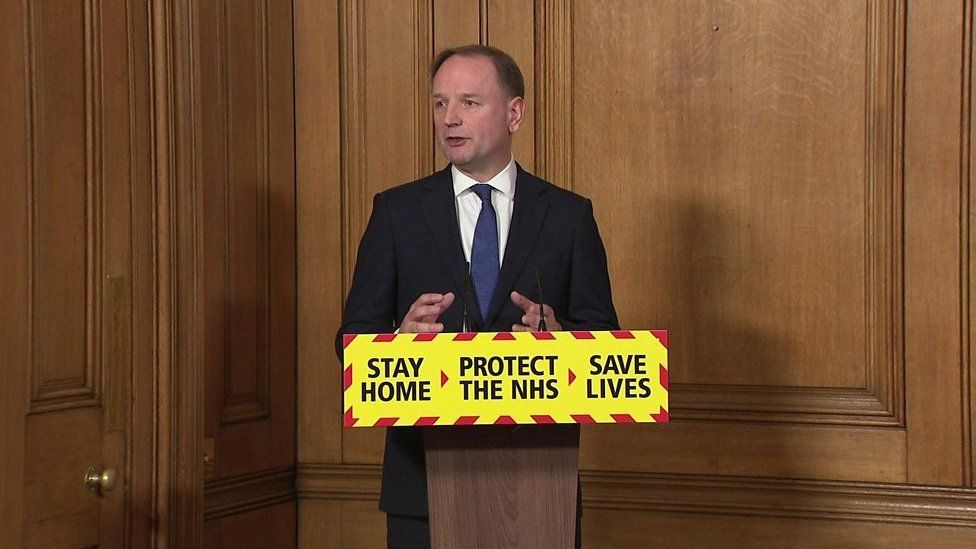 NHS England boss Stevens to step down this summer

Sir Simon Stevens is to step down as head of NHS England and become a peer, the government has announced.

After seven years in the job, he will leave his role at the end of July after having overseen the Covid vaccination rollout to all adults.

Sir Simon had intended to leave sooner but agreed to stay on through last winter.

Prime Minister Boris Johnson said he had "led the NHS with great distinction".

"I want to thank him for his dedicated service throughout - but especially when facing the extraordinary pressures of the past year, and for his huge contribution to our vaccine rollout," Mr Johnson said.

Health Secretary Matt Hancock said Sir Simon had been "a steadfast and sage leader for our National Health Service, and that has been especially true during this most testing period in NHS history".

He added: "His leadership has helped NHS staff to overcome unprecedented adversity and keep services open for millions of patients in the face of this global pandemic."

In December, on the first day of the NHS's largest vaccination campaign in the fight against Covid-19, Sir Simon told the BBC it would mark "a decisive turning point" in the UK epidemic.

In January, on the anniversary of the UK's first Covid cases, he thanked all NHS workers who had cared for more than 300,000 seriously ill coronavirus patients.

Since Covid vaccines started to be offered, more than 28 million people have been vaccinated with a first dose in England - two-thirds of the total population of adults over 18.

Sir Simon Stevens arrived at NHS England in 2014 after heading up an American private health corporation - and there was suspicion in some quarters about his long term agenda.

But Sir Simon had begun his career as an NHS graduate and then worked as an adviser to Labour health secretaries and then Tony Blair. He knew the politics of the NHS inside out.

His understanding of the workings of Whitehall were useful in negotiating long-term NHS financial settlements with successive chancellors. He called for more joined-up working between councils running social care and their local NHS counterparts, which has resulted in the creation of so-called integrated care systems in England.

Much of the credit for the rollout of the vaccination programme in England must go to Sir Simon and NHS colleagues - his departure at the end of the July, as it happens, is the time by which the government has said all adults in the UK will have been offered a first dose.

NHS staff have also administered more than 10 million second doses, which give people maximum protection against becoming ill with Covid.

Across the four nations of the UK, more than half the adult population - 34 million people - have received a first dose.

Sir Simon first joined the NHS in 1988 through its graduate management programme before working in international health care, frontline NHS services and at 10 Downing Street, before becoming chief executive of NHS England in 2014.

He was knighted in 2020 for services to health and the NHS, and will now join the House of Lords.

NHS England said a successor would be appointed before Sir Simon steps down on 31 July.