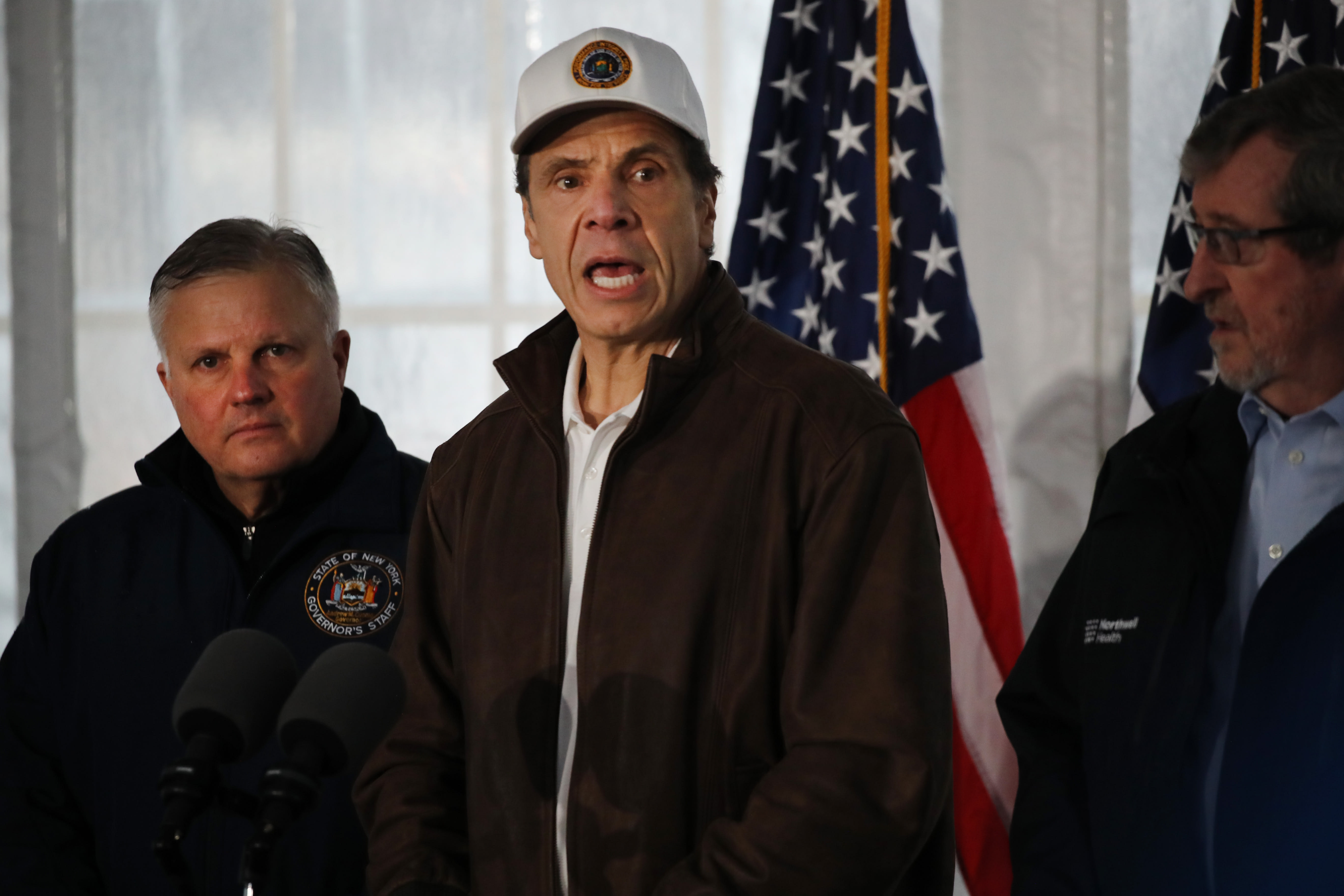 An increase in testing is “revealing more cases,” Cuomo said Wednesday on CNN’s “The Situation Room” with Wolf Blitzer. “I think it is much more widespread than any of these numbers suggest.”

New York state is now the hardest-hit region in the country, with nearly 3,000 coronavirus cases. Cuomo and other tri-state area officials on Monday banned all gatherings of 50 or more people and placed restrictions on restaurants, bars and other places of recreation in an attempt to slow the outbreak.

Cuomo said he worries the outbreak will stretch U.S. hospitals to their maximum capacity, saying the nation doesn’t have enough hospital beds to handle a pandemic.

“We don’t have the capacity in the hospitals, we don’t the ventilators, you can’t find enough ventilators,” Cuomo said in the CNN interview Wednesday. “I have people in China right now trying to buy ventilators.”

Earlier in the day, Cuomo announced that President Donald Trump agreed to send a floating hospital to help the state manage an onslaught of expected coronavirus cases. Cuomo doubled the number of projected hospital beds and revised the hospitalization rate from his estimates on Tuesday, when he said the state needed 55,000 hospital beds for COVID-19 patients and said the hospitalization rate was 19%.

“Right now, in New York specifically, the rate of the curve suggests that in 45 days we could have up to an input of people who need 110,000 beds that compares to our current capacity of 53,000 beds, 37,000 ICU units, ventilators, which compares to a capacity currently of 3,000 ventilators. That’s our main issue,” Cuomo said at a press conference in Albany.

In New York City, Mayor Bill de Blasio said he’s pushing Cuomo to approve a “shelter-in-place” order for the city, similar to the one implemented in Northern California earlier this week.

In the CNN interview, Cuomo spoke about the conversation he had with de Blasio, saying he’s not in favor of “quarantining the city or imprisoning people.”

Shelter in place “is a little deceptive,” he said. “It sounds like you are imprisoned in your home but that’s not actually what it is.“

People can go to the doctor and exercise outside, he said.
#Donald Trump  #COVID-19  #Covid  #Coronavirus
Add Comment