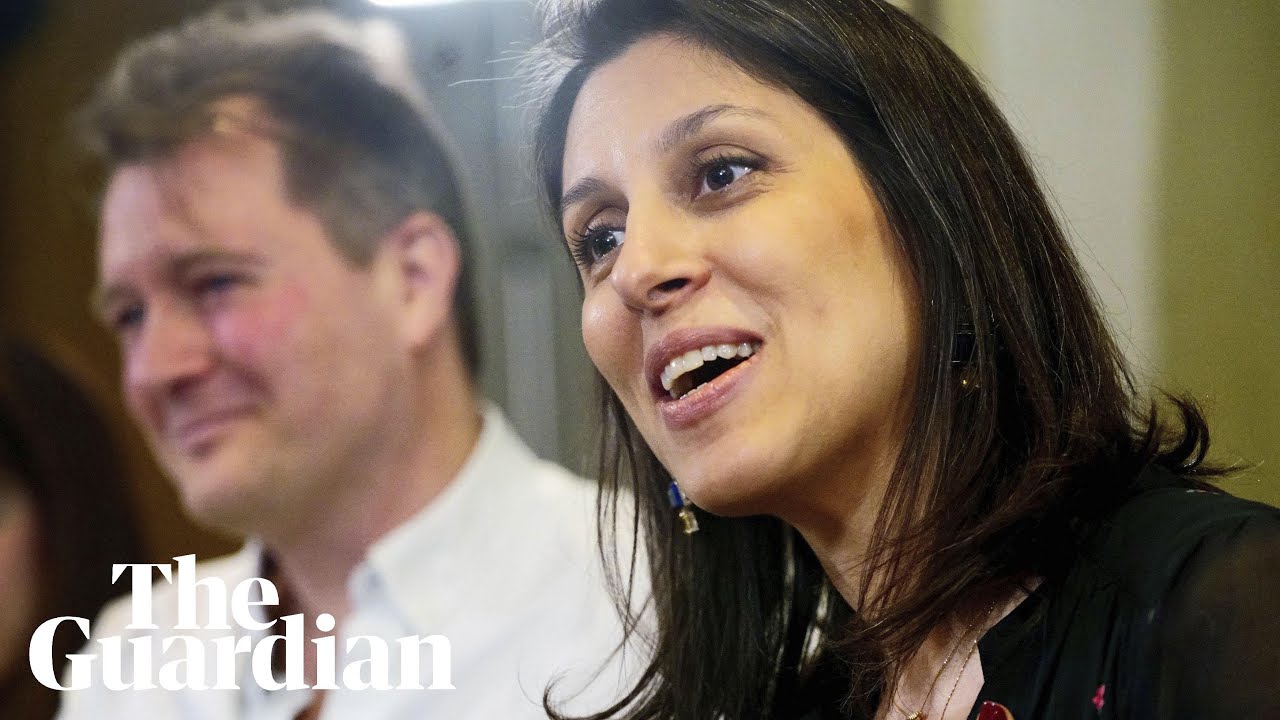 Alistair Burt, previously a Foreign Office minister, queries delay to payment of cash that freed Nazanin Zaghari-Ratcliffe
The UK government has known for many years that if it paid a £400m debt to Iran it was likely to lead to the release of Nazanin Zaghari-Ratcliffe, the former Foreign Office minister Alistair Burt has said in a letter to the foreign affairs select committee.

Burt, a Tory MP until 2019, is calling for the committee to launch an inquiry into why the debt was not paid and into who – either in the governments of the UK or the US – resisted making the payment.

Zaghari-Ratcliffe, 43, was released last week immediately after the UK paid the debt, and at a press conference on Monday she asked why it had taken five foreign secretaries and six years to secure her release.

Burt also said he repeatedly urged the government to pay the £400m, which he said was “not a ransom, but a debt owed”.

Burt was Middle East minister between 2017 and 2019, and says even now he is not sure what forces were preventing the debt’s payment.

It is the first time a former minister has revealed so much about the clashes within government over the failure to secure Zaghari-Ratcliffe’s release earlier. It is understood Burt has told the committee he is prepared to give evidence in public or private.

The £400m debt relates to a 1970s arms deal in which the UK took money from the Shah of Iran but then did not deliver the promised Chieftain tanks after he was deposed by Islamic revolutionaries.

In his letter to the committee, Burt is careful to say he could not have known for sure if the payment would have led to the release of Zaghari-Ratcliffe and Anoosheh Ashoori, another dual national.

But, he said, he did know from his discussions with senior Iranian ministers that payment represented a chance to open up a new relationship with Iran and “remove an impediment to the relationship and possibly their release”.

He said he had reported to the then foreign secretary Boris Johnson (in office from 2016 to 2018) that from his dealings with the then Iranian foreign minister, Abbas Araghchi, he understood that “payment of the debt was fundamental to their release”.

Burt also said he knew there were practical difficulties in paying the debt because of US sanctions, but routes were explored including payment in humanitarian aid or through undertakings by the Iranian foreign ministry that the money would not go to the Iranian army.

It is understood that Burt at one point formed a view that the defence secretary Gavin Williamson at the time was opposed to the payment. Burt challenged him, leading to a row, but never received a direct response.

Other possible blockages were the US government led by Donald Trump.

Burt has also let it be known that he would be happy for his ministerial papers showing his advocacy of paying the debt to be placed on the public record in front of any foreign affairs select committee inquiry.

The foreign affairs committee has also been asked to launch an inquiry by Tulip Siddiq, the Labour MP for Hampstead, and the MP representing Richard Ratcliffe, the husband of Zaghari-Ratcliffe.

Burt, an experienced and respected figure across the Middle East, is curious to know if the resistance was internal inside the government or came from the Trump administration.

In his letter, he writes: “I believe now we need to find out who or what stopped the payments.”

Ratcliffe has said he believes a parliamentary inquiry is the best route to finding the truth, as opposed to seeking judicial review.

Ministers may be reluctant for an inquiry to take place if it starts to unearth the degree to which UK policy on Iran, and the fate of the dual nationals, was being dictated by pressure from the Trump administration.

In a clue to the attitude of the Trump administration to payment of the debt, Mike Pompeo, secretary of state under Trump, last week accused Britain of paying blood money by clearing its debt.
#Boris Johnson  #Donald Trump  #Johnson
Add Comment