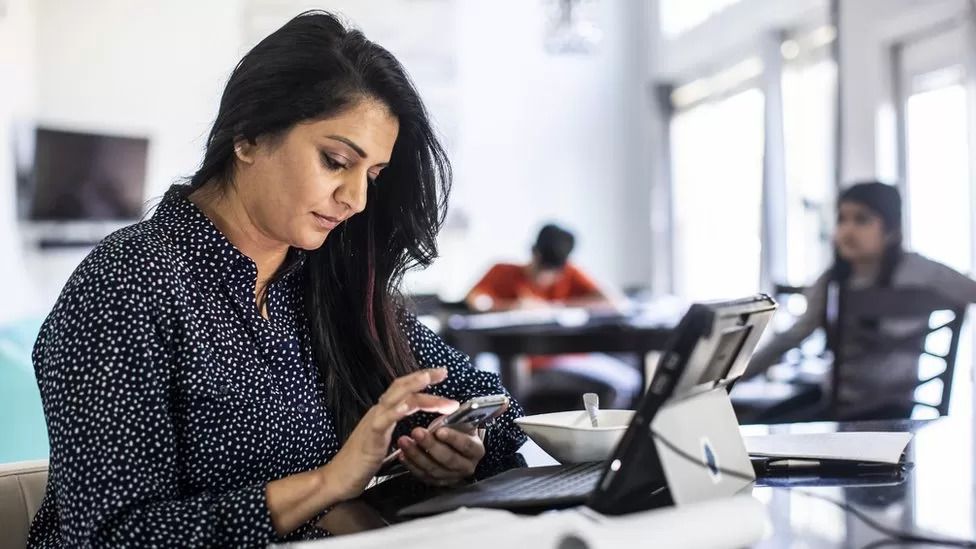 National Insurance rise to be reversed in November

A 1.25% rise in National Insurance will be reversed from 6 November and the government will axe a planned levy to fund health and social care.

The rise was introduced in April under ex-Chancellor Rishi Sunak, but during the Tory leadership race Liz Truss pledged to change it.

The funding for health and social care will now come from general taxation.

Chancellor Kwasi Kwarteng made the announcement ahead of a "mini-budget" on Friday.

The Treasury said the change would save nearly 28 million people an average of £330 per year.

Most employees will get the tax cut in their November pay packets, with some getting it in December or January "depending on the complexity of their employer's payroll software", the Treasury said.

National Insurance is a tax paid by employees, employers and the self-employed.

"To raise living standards for all, we need to be unapologetic about growing our economy. Cutting tax is crucial to this."

The National Insurance rise was put in place to help the NHS recover from the coronavirus pandemic, and the planned social care levy was also designed to support the NHS from April.

The levy was expected to raise around £13bn a year to fund social care and deal with an NHS backlog that built up during Covid.

That means, in general,people who earn more than £12,570 a year pay National Insurance, and the more they earn, the more they will benefit from this change.

From April 2023 Mr Kwarteng will also scrap an increase to dividend tax. This change was brought in alongside the payroll tax increase to raise taxes on people paid in a different way. 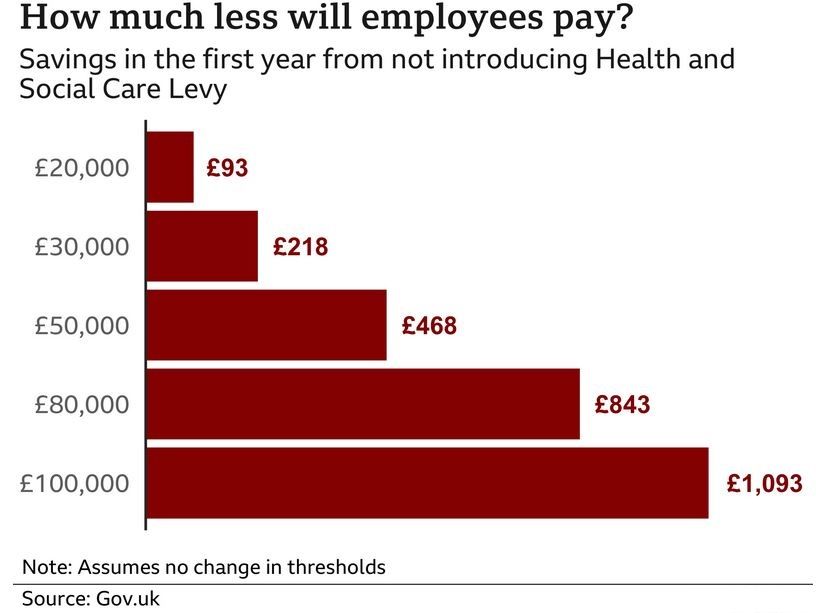 Kitty Ussher, chief economist at the Institute of Directors industry body, said raising employers' National Insurance had been "a mistake".

"This was quite simply a tax on jobs, which businesses had to pay regardless of whether they are profitable," she said.

"Many of our members told us that the impact of the increase was that they would have no choice but to push up prices, making inflation even worse.

"Others said the rise in the cost of employing people meant they would think twice about taking new staff on, or potentially make the difficult decision to let colleagues go."

The government announcement came ahead of a "mini-Budget" which is expected to be announced on Friday.

* Possible cuts to other taxes, including stamp duty which is paid on house purchases

* Ending the cap on bankers' bonuses

* Plans to boost economic growth, such as creating low-tax zones around the UK