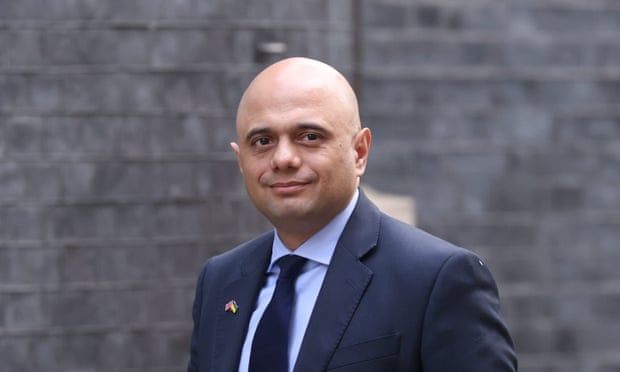 Health secretary defends 1.25-point rise criticised for placing too much burden on lower earners
The increase in national insurance payments for millions of people already struggling to deal with the cost of living crisis is both right and fair, the health secretary has said.

Sajid Javid said the levy of an extra 1.25 percentage points, due from Wednesday, was needed to pay for health and social care as a result of the Covid pandemic.

The government has pressed ahead with its plans to increase national insurance contributions for workers and companies, despite calls from business groups, unions and some Conservative MPs to at least delay the introduction. A planned change to free some of the country’s lowest earners from national insurance contributions altogether is not due to be implemented until the summer.

Defending the increase, Javid told Sky News the impact of the pandemic had been unprecedented.

“When we spend money on public services, whether it’s NHS or anything else, for that matter, the money can only come from two sources. You raise it directly for people today, that’s through taxes, or you borrow it, which essentially you are asking the next generation to pay for it,” he said.

“I think it is right that we pay for what we are going to use as a country but we do it in a fair way. This levy, the way it is being raised is the top 15% of earners will pay almost 50%. I think that is the right way to do this.”

Critics have accused the government of placing a disproportionate burden on lower earners by choosing to levy a regressive tax.

“It is the wrong tax at the wrong time and people are really, really struggling to pay their bills. And this is just going to impact on them very, very hard,” said the Labour leader, Keir Starmer.

Starmer told BBC Radio 5 Live the government had chosen to place the burden on people in employment, while protecting those who made income from renting out property and share dividends.

Instead, Starmer said the “general approach should be that income of all its forms should be taxed fairly” and promised to set out Labour’s plan to follow that before the next general election, due to take place in about two years.

Ministers have also increased the tax due on share dividends by the same proportion, though this is predicted to hit small businesses and sole traders hardest, without substantially affecting large-scale traders in shares.
#Covid
Add Comment