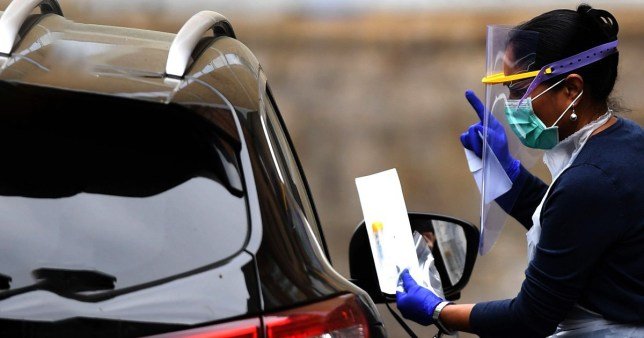 The Department of Health and Social Care (DHSC) said 1,311 people who took a test between November 19-23 across the UK were incorrectly told they had tested positive.

It said there was an issue with a batch of testing chemicals which meant their results were void.

A DHSC spokesman said: ‘Swift action is being taken to notify those affected and they are being asked to take another test, and to continue to self-isolate if they have symptoms.

‘This laboratory error was an isolated incident and is being fully investigated to ensure this does not happen again.’

The DHSC did not comment on whether the error affected regional infection rate figures.

Test and Trace has been beset with issues, with figures earlier this week revealing about four in 10 contacts of those who test positive for the virus are still not being reached.

The Prime Minister announced an extra £7billion for Test and Trace in his winter plan on Monday in a bid to increase testing and improve contact tracing.

It takes the overall funding provided for Test and Trace this financial year to £22billion – nearly a fifth of the entire annual NHS budget – which has been met with some criticism.

But Boris Johnson was adamant the system provided ‘value’ for money although admitted there had been ‘teething problems’.