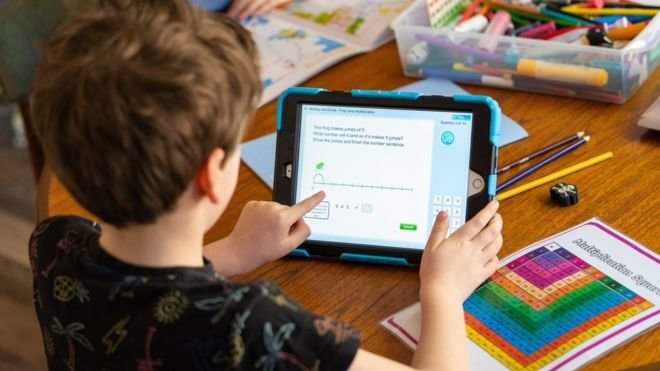 Moral duty to get all children back in school - PM

There is a "moral duty" to get all children back into schools in England next month, Boris Johnson has said.

Writing in the Mail on Sunday, he said it was the "national priority" after months without in-person education during the coronavirus pandemic.

Government advisers have warned of risks in the plans to open up society.

Geoff Barton, head of the Association of School and College Leaders (ASCL) union, said schools should have been a priority "right from the beginning".

The prime minister is understood to have made clear that schools should be the last sector to shut in any future local lockdowns.

A Downing Street source said Mr Johnson believes the harm being done to children's education prospects and mental health by not attending school is far more damaging than the risk posed to them by the virus.

The source said in the event of future stricter local lockdowns, the PM's expectation was that schools would be the last sector to be closed, after businesses like shops and pubs.

Schools across the UK closed on 20 March, except to children of key workers or vulnerable children. On 1 June, they began a limited reopening for early years pupils, Reception, Year 1 and Year 6.

The current plan is for most children across the country to be back in class by next month.

Guidance on reopening has been published for England. There are also separate plans for Wales, Northern Ireland and also Scotland, where schools are scheduled to return from Tuesday.

In his article, Mr Johnson said: "This pandemic isn't over, and the last thing any of us can afford to do is become complacent.

"But now that we know enough to reopen schools to all pupils safely, we have a moral duty to do so." 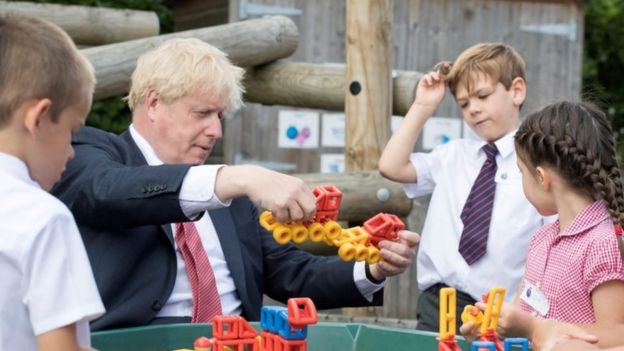 The PM also warned of the "spiralling economic costs" of parents and carers being unable to work.

He added: "Keeping our schools closed a moment longer than absolutely necessary is socially intolerable, economically unsustainable and morally indefensible."

Shadow education secretary Kate Green told Times Radio it was "essential" that schools reopen next month, but would not say whether schools were safe yet.

The Labour MP said the government could be doing more to support teachers, such as providing extra resources for staggered start times and additional cleaning.

All children were meant to be back in England's classrooms before the summer holidays - but that plan failed.

Now the prime minister is making it clear he is committed to things being different in September.

He is putting considerable political weight behind the plan to keep schools open - making it very much a test of his government.

Labour is questioning the safety measures for reopening, and voices within the party say the current test and trace system will need significant improvement to ensure pubs do not have to close to keep classrooms open.

But that aside there is a broad consensus across the political spectrum that closing all other things before schools is the right idea.

The ASCL union has urged greater clarity - rather than rhetoric - from the government on its schools policy, citing confusion over advice on the wearing of face coverings by pupils.

Its head, Mr Barton, told the BBC: "It is a little bit rich I think to be hearing a prime minister say this is a priority. It should have been a priority right from the beginning."

Meanwhile, the children's commissioner for England, Anne Longfield, told BBC Breakfast schools "should be the last to close their doors and the first to open".

She added that she would like to see regular testing in schools.

However, schools minister Nick Gibb told Times Radio he does not support routine testing for teachers and pupils who do not have symptoms.

The PM's comments have been welcomed by some parents whose children have been out of the classroom for several months.

Claire, from Bristol, said her two children - one in Year 8 and another in Year 10 - were keen to return to school in September.

"I am so proud of the way that both my children coped with home school, they were up at 08:00 BST every day and completed almost everything that was set, however towards the end their enthusiasm was waning and they are looking forward to returning," she told the BBC.

"They need that teacher and pupil interaction to keep them motivated."

But concerns remain about schools returning among other parents.

Dr L Kohli, from Warwickshire, has a 15-year-old son with a heart condition, who has been shielding since February. She will not be sending him and her eight-year-old child back to school, and has instead arranged online learning.

"It is my role as a parent to mitigate risks. That includes the risk mitigation of this government and the abysmal Covid-19 response placed on my family," Dr Kohli told the BBC. 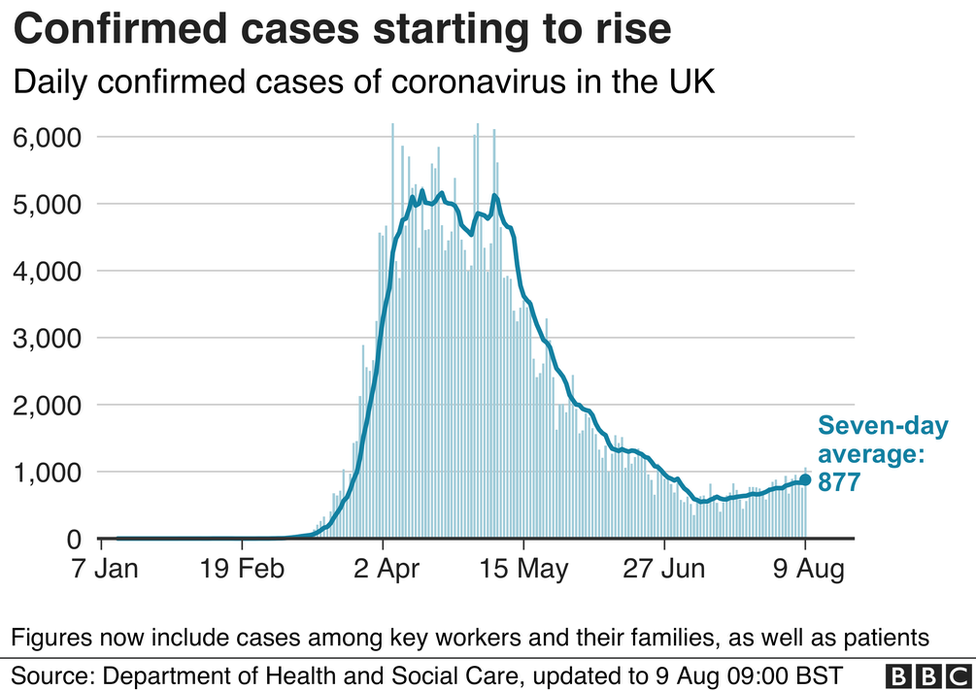 The schools minister said this week that the government could not "decree" that classroom education would be prioritised, as decisions would be made by local health chiefs.

However, Mr Gibb told the BBC all children in England would be returning to school next month, including in those areas currently affected by local lockdowns, amid a spike in cases.

A rise in cases in a number of areas across England prompted the prime minister to pause the easing of the lockdown nationally last month.

Speaking at the time, Prof Chris Whitty, the chief medical officer for England, warned the nation had "probably reached near the limit or the limits" of what can be done to reopen society safely.

"What that means, potentially, is if we wish to do more things in the future we may have to do less of some other things," he said.

Prof Neil Ferguson, a former member of the government's scientific advisory group, Sage, whose modelling led to the decision to impose the lockdown, also suggested ministers would need to "row back on the relaxation of restrictions" to allow a full-time return to schools and keep the virus under control.

On Sunday, the UK reported a further 8 people had died after testing positive for coronavirus, taking the total to 46,574. A further 1,062 people tested positive for Covid-19.