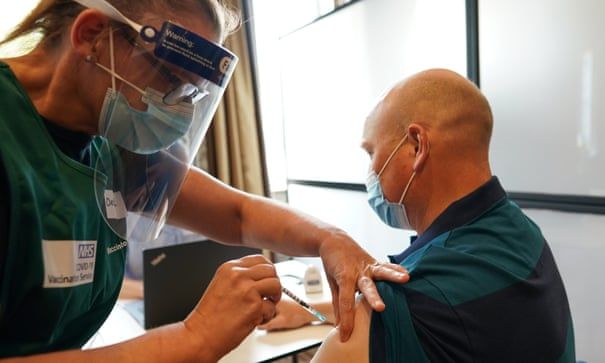 Ministers have been urged not to “threaten” NHS staff by forcing them to get vaccinated against coronavirus under plans being considered by the government.

The shadow Commons leader, Thangam Debbonaire, said it was not a “good idea” after the vaccines minister, Nadhim Zahawi, said the proposal was being investigated alongside the existing consultation on making jabs mandatory for social care workers.

There is nervousness in Whitehall about doing anything to destabilise the vaccine rollout by requiring that people get the jab instead of keeping it voluntary – something that several behavioural scientists have warned could dampen take-up among already vaccine-hesitant groups.

But after concerns that a sizeable number of health and social care staff, who were among the first to be offered the vaccine, are reluctant to get jabbed, the government has been consulting on making vaccines mandatory for care workers, and is now expanding that to include all those working in the NHS.

Zahawi said people in those professions had a “duty of care to those who are most vulnerable” and that ministers needed to protect those who “are being infected in a place when they’re going into hospital … by those who are tasked to look after them”. 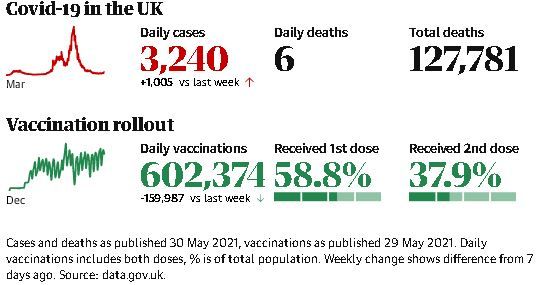 He stressed: “There are no decisions yet made” but said it was “absolutely the right thing” to look at the issue, and added: “It would be incumbent on any responsible government to have the debate, to do the thinking, about how we go about protecting the most vulnerable by making sure that those who look after them are vaccinated.”

There is already a precedent, Zahawi told Sky News’s Trevor Phillips on Sunday, pointing to how surgeons need to be vaccinated against hepatitis B. He said if a similar decision were taken for all NHS workers it would be a “condition of deployment” – “not condition of employment”.

But Debbonaire urged the government to keep Covid vaccines an entirely free choice for all. She told the same programme: “Given we have got a recruitment crisis in parts of the NHS I think it’s far more important we try and work with staff rather than against them. Threatening staff I don’t think is a good idea.”

Public Health England and the NHS had been successful when they had worked with people to address their doubts and answer questions about the jab, Debbonaire said, adding: “I would like to see the government work with the NHS and social care staff.”

While the government considers the results of its call for evidence on making vaccines compulsory for social care workers, which closed earlier this week, it will likely be mindful of any potential legal challenges under human rights legislation.