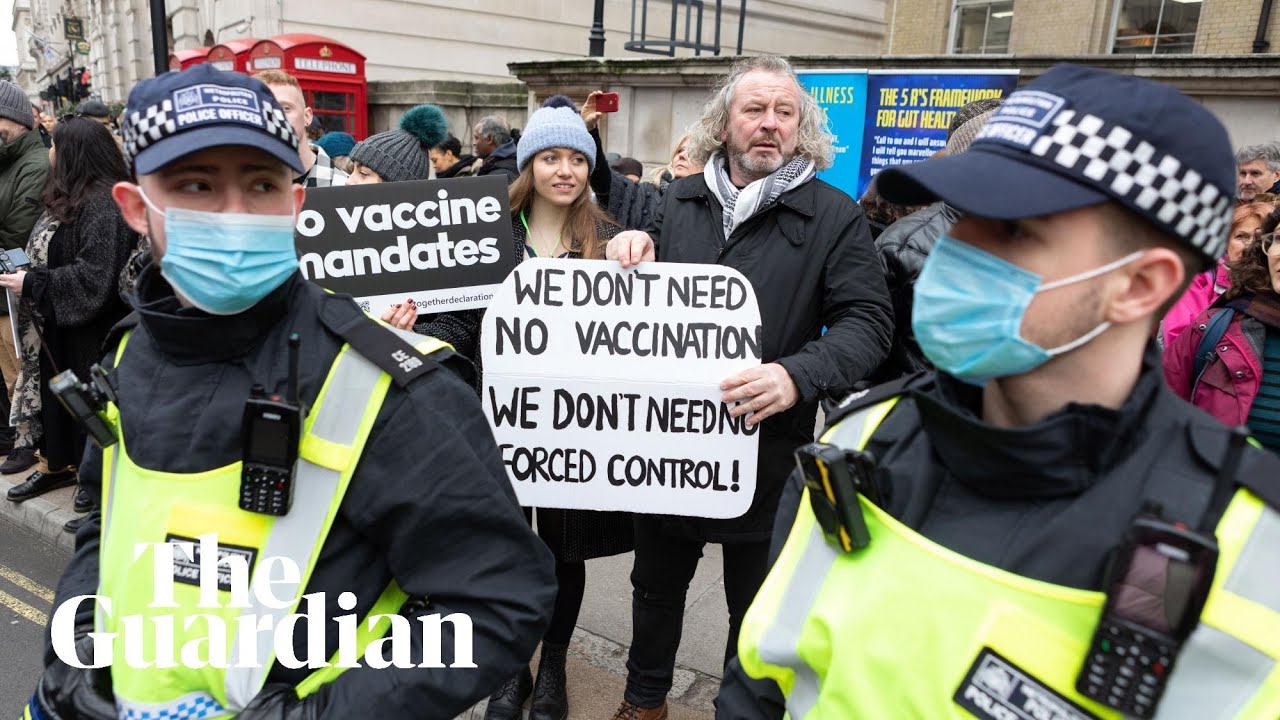 Sajid Javid, the health secretary, confirmed the move in a statement to MPs on Monday evening, ditching a policy that he had championed in spite of growing concern that it would endanger patient safety by triggering the loss of key personnel from the already understaffed health service.

The move came three days before the 3 February deadline that unvaccinated NHS workers who had face-to-face contact with patients had been given to have their first dose or be dismissed.

Javid also plans to remove immunisation as a condition of working in care homes, an approach that has already led to the loss of about 40,000 staff in that sector.

He told MPs: “While vaccination remains our very best line of defence, I believe it is no longer proportionate to require vaccination as a condition of deployment by statute.

“I will launch a consultation on ending vaccination as condition of deployment in health and all social care settings. Subject to the response and the will of this house, the government will revoke these regulations,” he added.

NHS England immediately wrote to health service leaders to tell them: “This change in government policy means we request that employers do not serve notice of termination to employees affected by the vaccination as a condition of deployment regulations.”

NHS organisations said that an estimated 60,000 staff would have been dismissed if Javid had not relented.

The fact that the Omicron variant of coronavirus is much milder than its predecessor Delta, and that a large majority of the population have been fully vaccinated, justified the change, Javid told MPs.

Sir David Nicholson, the chief executive of the NHS in England until 2014, summed up the frustration of many health service bosses about the 11th-hour reversal when he said: “It’s hard to imagine a greater shambles.”

The move comes after weeks of warnings from staff groups that pressing ahead with the policy would lead to even worse staff shortages, particularly in maternity services, and especially in hospitals in London and Birmingham, which have significant numbers of unvaccinated staff, notably nurses and midwives.

NHS Providers and the NHS Confederation, which both represent hospitals in England, warned that the decision to allow health and social care workers to continue working even if they remain unvaccinated could affect the drive to promote wider vaccine take-up. While welcoming the move, they added: “There will be concern at what this means for wider messaging about the importance of vaccination for the population as a whole.”

A senior NHS official added: “There is a risk that other staff who have got vaccinated when they may not have will feel let down, given this is a last-minute change of policy. And this will leave social care colleagues feeling very frustrated, given they have already been through this and many have lost their jobs.”

Staff groups welcomed the switch. The Royal College of Nursing, which had branded the policy “self-sabotage”, said: “To risk thousands more nursing staff being sacked in the middle of a staffing crisis was never in the interests of patients’ safety.”
#Coronavirus  #vaccine  #Covid
Add Comment