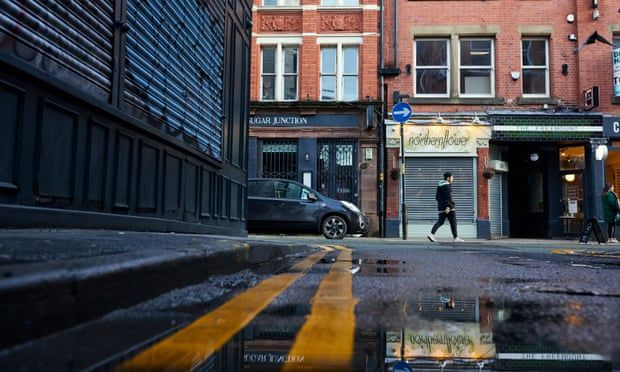 Downing Street is pushing back against pressure from Conservative MPs to set a swift timetable to end the lockdown in England after meeting its first major vaccination target, saying any hastiness in reopening could risk undoing the progress made in combating the coronavirus pandemic.

In a sign of the likely battle ahead in the coming weeks, ministers and officials flatly ruled out a demand from Tory backbenchers for all Covid restrictions to be over by the start of May, saying any plan needed to be both more cautious and decided step by step.

But clamour for a more fixed schedule seems set to increase after Boris Johnson announced the government had reached its target of offering at least a first vaccination to the top four most vulnerable groups in England by Monday.

In a video message hailing what he called “a significant milestone” in the vaccination programme, Johnson said that 15m first injections had been delivered across the UK.

He said England had also joined Wales in offering jabs to the top four priority groups: older care home residents and staff; over-80s and frontline health and care staff; over-75s; and over-70s and people who are clinically extremely vulnerable.

Even before the announcement was made, the leaders of the Covid Recovery Group (CRG), which represents 60 or so lockdown-wary Conservative backbenchers, released a letter to Johnson saying that once the next vaccinations target had been met – first injections offered to the top nine groups, as far as people aged 50-plus – there could be “no justification” for restrictions to remain.

This was dismissed by Dominic Raab, the foreign secretary. He told Sky News’s Sophy Ridge programme: “We’re not making what feels to me a slightly arbitrary commitment without reviewing the impact the measures have had on the transmission, and the hospital admissions.”

Mark Harper, the Tory former chief whip who chairs the CRG, hit out at this characterisation, saying that once these groups had received a vaccine, it would cover 99% of people at risk of death from Covid, and 80% of those liable to be hospitalised by it.

“It’s not arbitrary at all,” Harper told the BBC about the proposed May deadline. “It’s completely tied to the rollout of the vaccination programme, and the fact you’re then protecting the most vulnerable people from death and serious disease from Covid.”

He added: “We don’t think there’s a strong case at all for any legal restrictions remaining in place.”

But Johnson was also cautious, telling the US network CBS in an interview that he could only commit to schools more fully reopening from 8 March “if we possibly can”. The prime minister said he would set out more details on 22 February after a review of Covid data.

What the public wanted to see, Johnson said, was “taking steps to unlock that you don’t then have to reverse – because that is what is then so difficult for people”. 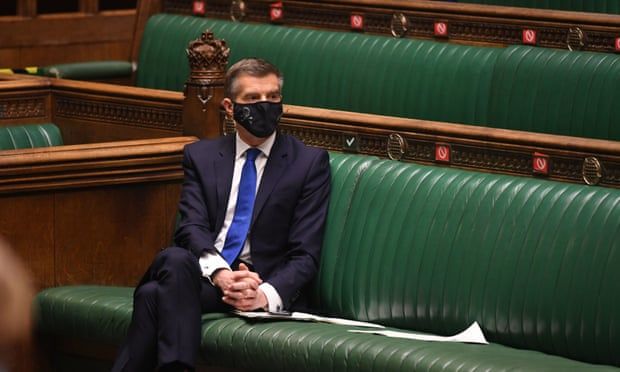 Mark Harper hit out at Dominic Raab’s characterisation of a proposed May deadline as an ‘arbitrary commitment’.

Reports on Sunday suggested that some more general relaxation of the rules could also start on 8 March, albeit as limited as allowing two people from different households to sit together in parks, with various timetables in place for other measures, such as pubs and restaurants reopening any time from May.

A Downing Street source said that while the chronology of reopening appeared relatively clear – some limited social mixing, then non-essential retail, and then hospitality businesses – precise dates were still unknown, dependent in particular on more research as to how effectively vaccines protect people from transmitting coronavirus to others.

“We can be clear about 8 March, but as for any other dates, that’s really just finger in the air stuff – we just don’t have the data yet,” the source said.

With school reopenings, it remains unclear whether all year groups will return at once, or if it will be phased. Unions representing teachers have been cautiously supportive of the 8 March plan, but have urged caution and flexibility.

Nick Brook, the deputy general secretary of the National Association of Head Teachers, said it was “important that we continue to be guided by the science rather than getting stuck on one particular arbitrary date”.

Kamlesh Khunti, a professor of diabetes and vascular medicine at Leicester University and a member of both the government’s official Sage scientific advisory group and the separate Independent Sage, said the wider process of reopening had to be gradual and monitored.

“We need to open in stages, monitor the community rates of infections, hospitalisation and deaths as well as monitor the R value, and then, if safe to do so, gradually open things up and continue monitoring,” he said. “If we see that rates are staying stable, then we open the next stage and monitor again.”

Khunti has also led a report into vaccine uptake among health staff that indicates it is far lower among black and south Asian staff, workers under 30, and those living in the most deprived areas, potentially undermining the programme’s effectiveness.

“We were expecting differences, but not these huge disparities, especially as seen in the black healthcare workers,” he said.

Sir Simon Stevens, the chief executive of NHS England, said the gap of 10 weeks between the first vaccination and this point was a “remarkable shared achievement”, adding: “On behalf of the whole country, it’s right to mark this successful first phase with a huge thank you to everyone involved in this extraordinary team effort.”