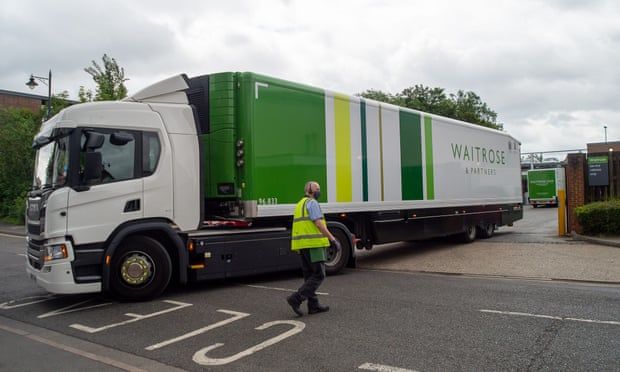 Minister rules out wider use of Covid isolation exemption in England

George Eustice says new rule for food sector will not extend to other areas, despite industry concerns

Exemptions enabling more than 10,000 people in England’s food sector to avoid self-isolation will not be extended to other sectors, a minister has said, despite industry concerns that “cumbersome” new rules will cause confusion.

The current wave of the pandemic sweeping across Britain was also likely to get worse before it gets better, said George Eustice, the environment secretary, who added that the government was “most worried” about when the two- to three-week lag in hospitalisations kicked in after infections.

Some workers in England from 16 key sectors, including health, transport and energy, will not have to isolate after being pinged by the Covid app, as it was revealed that more than 600,000 people in England and Wales were sent self-isolation alerts last week.

Eustice also ruled out the possibility of the exemption being extended to the hospitality industry before the planned date of 16 August. “The reason we’ve made a special exception for food is for very obvious reasons – we need to make sure that we maintain our food supply, we will never take risks with our food supply,” he told Sky News. 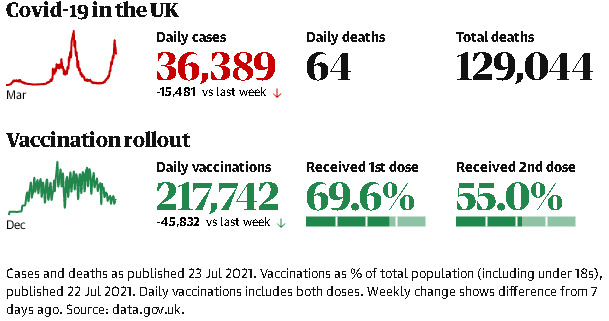 “You also have to bear in mind why we’re doing this and we are trying to still just dampen the pace and the velocity at which this infection is spreading because we have to keep a very close eye on those hospitalisations,” he said.

“We know that the most important thing is to ensure that those main arteries in our food supply chain keep working, that the lorries keep going from depots to get goods to store and that the food manufacturers can continue to manufacture the goods to get it to the depots.”

An email to those affected by the new rules on Friday made clear that food wholesalers distribution centres and food processing plants as well as manufacturing sites would be included among those able to exempt workers from isolating. It said supermarkets’ distribution centres would be the first to be able to take advantage of the new regime this week with other sites planned to start next week.

Industry insiders said the latest apparent change in the detail of the rules was good news but only added to widespread confusion.

James Bielby, the chief executive of the Federation of Wholesale Distributors, said that the email from Defra officials made clear that the new testing regime would be extended to other food supply chain workplaces “over the coming weeks”.

He said this indicated that the 16 August deadline for lifting the requirement for isolation for those who have been double vaccinated could be under threat. “It looks as though they might extend the pingdemic,” he said, adding that it appeared the government was planning to rely on the new testing regime to reduce the impact of the extension of the isolation rules.

But with companies across the economy struggling with worker absences, representatives of Britain’s manufacturers expressed disappointment that “huge swathes of the sector” were not included in the simplified rules for self-isolation brought forward by the government.

“The new rules do allow for exceptions in critical cases in sectors not specifically named, but this will just add an extra layer of confusion on top of the complex rules the industry is already struggling to understand,” said Stephen Phipson, the CEO of Make UK.

He described the process of requiring companies to liaise with government departments to sign off each named employee as “cumbersome and time consuming”, and said the “sensible course of action would be to bring forward the 16 August date”. Phipson contrasted allowing people to mingle in nightclubs with companies being unable to make “sensible adjustments” for vaccinated employees.

Kate Nicholls, the chief executive of UKHospitality, said the sector faced “a summer of venue closures and reduced service, when we should be at our peak”.

Shops and supermarkets have meanwhile committed to giving the government regular data on how many workers are absent. One retail source said the industry hoped that the government would act to alleviate the problems once it had studied further data showing the impact. 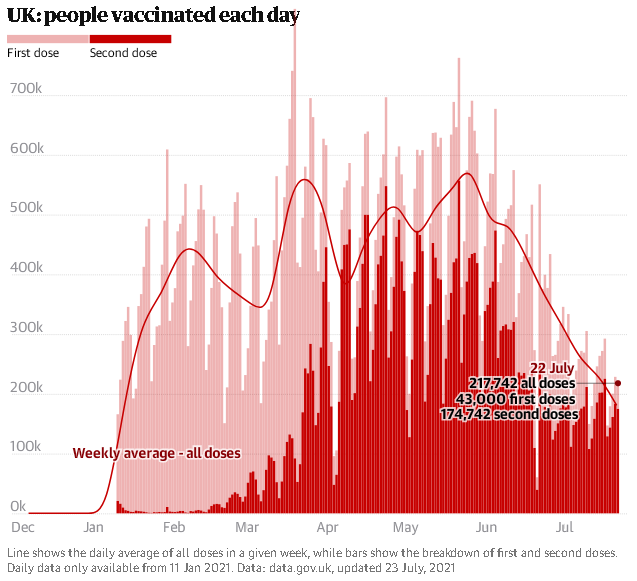 Leading retailers and their suppliers said there had been pockets of temporary food shortages in stores as the rise in number of Covid cases, and the associated need for workers to self-isolate after coming into contact with someone with the virus, added to existing staffing and supply issues caused by Brexit and this week’s heatwave.

Helen Dickinson, the chief executive of the British Retail Consortium, which counts most of the UK’s supermarket chains among its members, said the government may have to take further action in the next few days if the situation worsened.

Eustice, asked if the government had been concerned about food shortages, told BBC Radio 4’s Today programme that it had become aware last week of late deliveries and “order fulfilment” problems.

As shoppers shared images of empty shelves blamed on a shortage of workers, the government also announced on Thursday that a pilot daily testing programme would be expanded to up to 500 food and drink supply chain employers, though retail staff in supermarkets will not qualify.

It was easier to manage staff shortages on a store level, Eustice said when asked why supermarkets were not included in exemptions, adding that it would involve thousands of different shops and many more people.

In terms of how the exemptions would apply to the food sector, Eustice said the government had identified close to 500 key sites, including about 170 supermarket depots and a couple of hundred manufacturers such as bread makers and dairy companies. “All of the people working in those key strategic sites, distribution depots and those manufacturing facilities will be able to use this scheme, and probably well over 10,000 people,” he said.

Asked whether the coronavirus situation was likely to get worse before it gets better, he replied: “Absolutely.” He told Sky News: “It is likely to because hospitalisations do follow the infection rate by two to three weeks and so that’s why we’re doing this.”