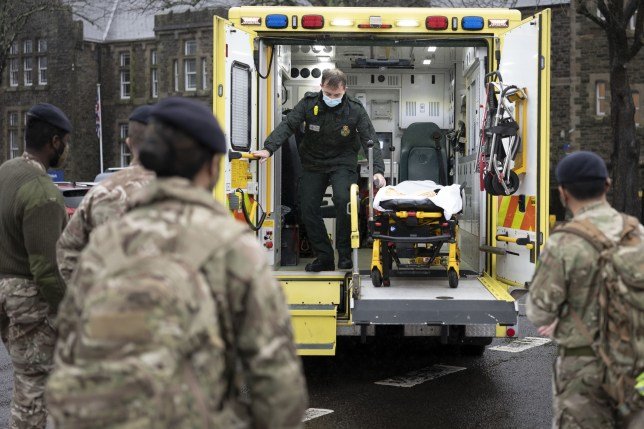 The military medical teams are due to start this week at the Royal Shrewsbury and Telford’s Princess Royal hospitals.

They will be filling in for healthcare assistants who are shielding or self-isolating.

A spokesperson for The Shrewsbury and Telford Hospital NHS Trust (SaTH) said sickness levels had risen, putting a strain on NHS resources.

‘Rates of positive Covid patients continue to rise in the community and this clearly has an impact on our staff,’ they said.

‘We are working with colleagues from across the local NHS to ensure we have staff where they are needed.’ 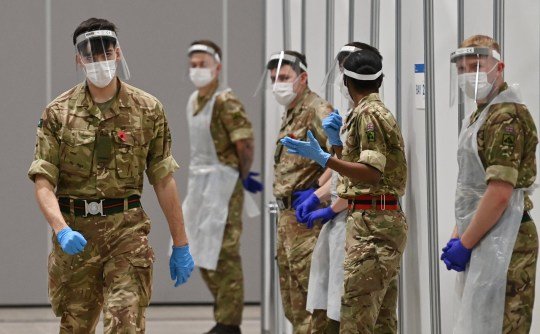 Healthcare assistants are often considered the backbone of hospitals and do everything from keeping patients company to taking them to the toilet, making them cups of tea, holding a sick person’s hand and changing their clothes.

Staff at hospitals in Shropshire say the position is more important than ever as Covid visiting restrictions cut ill people off from their families.

Healthcare assistants told the BBC there were many shifts not being filled as staff sickness increased.

Nurses described the last few weeks as ‘tough’ while another said they sometimes had ‘no healthcarers, we are never fully staffed’.


Around 200 military personnel are understood to be assisting the NHS in the Midlands, according to the Health Service Journal (HSJ), while a further 200 have been deployed to hospitals in London.

It is part of a national agreement in which 400 officers have been offered to NHS England nationally.

An NHS spokesperson said: ‘The NHS is grateful to the 400 military personnel working in hospitals in the Midlands and London, alongside doctors, nurses and others who have returned to the NHS front line and tens of thousands of St John volunteers working across the country.

‘The NHS has 50,000 more staff now working in the health service than a year ago all working round the clock to respond to unprecedented pressure on the NHS.’ 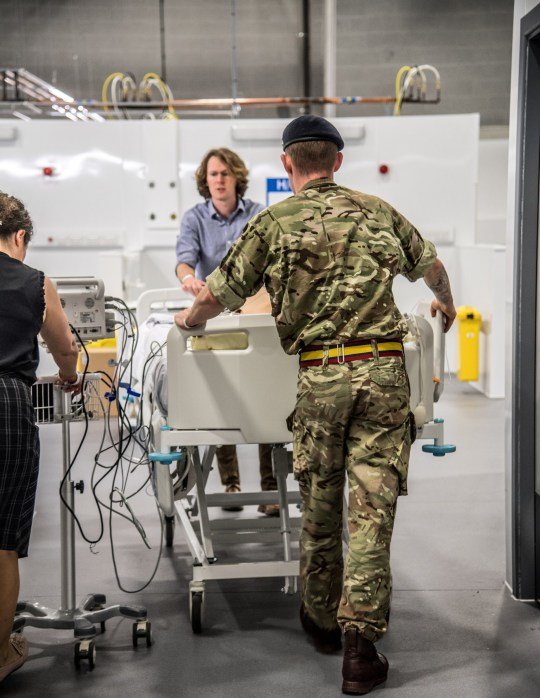 More than 5,000 army personnel are helping out with the UK’s Covid response, including assisting with the vaccine rollout and community testing.

Last month figures showed staff absence rates in some hospitals were between 8% and 12%, versus the health service’s normal level of 4%.

The rise in staff absences comes as the NHS faces its biggest uphill struggle since the pandemic began, with more patients in hospitals now than during the first wave.

On Monday head of NHS England Stephen Powis said the NHS has never been under such pressure in any previous winter.

He told BBC Breakfast: ‘The NHS is undoubtedly in a precarious position at the moment.

‘We have over 30,000 patients with Covid in our hospitals. We’ve seen 15,000 come in since Christmas Eve, so that’s the equivalent of well over 20 hospitals.’

He praised NHS staff for responding ‘magnificently’ amid the surge in patients.

It follows reports on the devastating effects the pressure is having on staff, with a study last week revealing that almost half of ICU staff are struggling with anxiety, depression, or drinking.