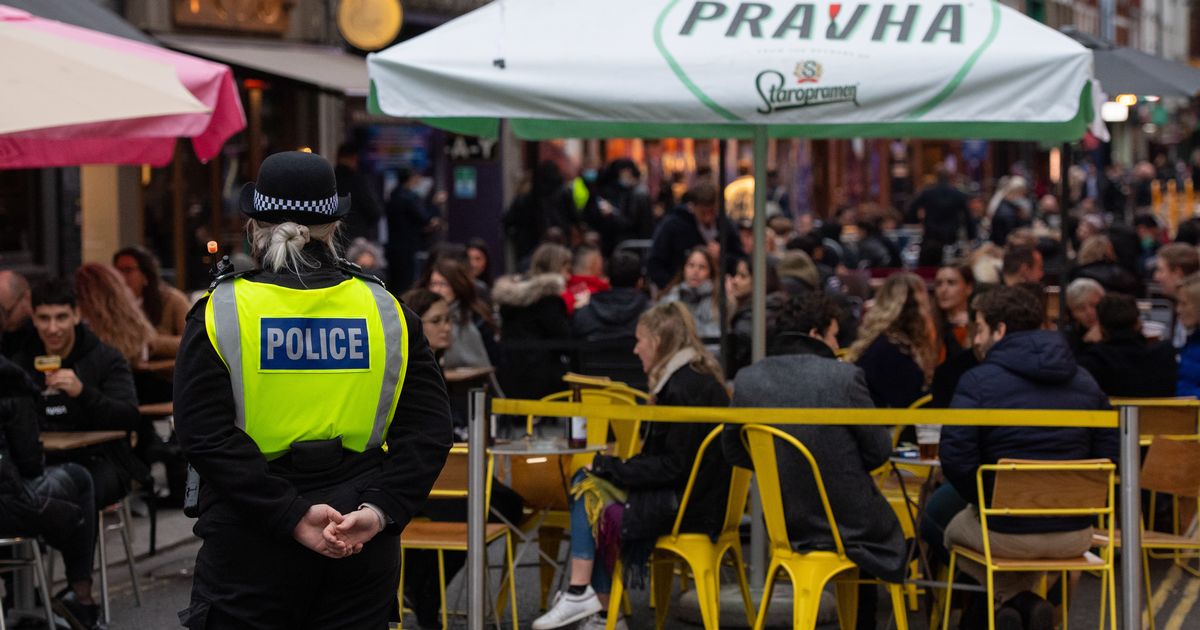 People not complying with Covid-19 rules could face a fine
Police are stepping up patrols in the London boroughs worst hit by coronavirus.

The Met said the "vast majority" of Londoners are sticking to Covid rules - but warned a "small minority" are showing a "disregard" for people's health.

Police chiefs stressed it did not mean other parts of the city would see reduced patrols - saying their aim was to "shut down reckless breaches" of Covid-19 rules.

People not complying with current Tier 2 restrictions could face a fine "more quickly than previously", the Met said.

The latest weekly infection rates show Ealing and Hammersmith and Fulham are the most infected areas in the capital - with cases also rising rapidly in Kingston upon Thames.

Deputy Assistant Commissioner Matt Twist, the Met’s lead for Covid-19 response, said: “This approach does not mean that other areas of London will see a reduction in existing patrols to clamp down on rule breaking.

"However, in those areas of London where the transmission rate is at its highest, we will be doing our part to help shut down reckless breaches of the regulations.

"I know the vast majority of Londoners are sticking to the rules which are designed to keep everyone in our communities safe. But, there is a small minority who have a disregard for the health of our communities and it is those individuals who we will be targeting with these new patrols.

“We have been, and continue to listen to our communities and explain to them our policing approach, and have been regularly reviewing our deployment plan according to the latest infection rates by Public Health England.

“This remains under constant assessment and where we see an increase in reported cases we adapt our response to reflect that."

Extra patrols have been deployed to Hammersmith and Fulham and Hackney this week.

Deputy Assistant Commissioner Twist added: "We will continue to monitor the reported cases to ensure we are doing all we can, working with our communities, to tackle the further spread of this disease.

“We are now approaching the Halloween weekend; another significant date in the annual calendar for celebrating, which is going to be different this year with parties unable to go ahead as normal.

“As much as the restrictions may seem disheartening, we want to remind people that they are in place for an important reason, to keep everyone safe."

He added: “Whilst continuing to adopt the 4 Es approach, engage, explain, encourage and enforce – those not complying with the restrictions can expect to see officers enforcing the legislation and fines more quickly than previously.

"People are now much more aware of the regulations and their responsibilities."

Officers will also be deployed across the capital as part of the Met’s Autumn Nights campaign, cracking down on violence and anti-social behaviour.

Londoners are asked to report serious breaches to us via the 101 telephone system or using the Met's online reporting system.

Anyone making a report is asked to bear in mind that there are a number of exemptions to the rules which may apply to every situation, and not every call will generate an immediate police response.
#COVID-19  #Covid  #Coronavirus
Add Comment