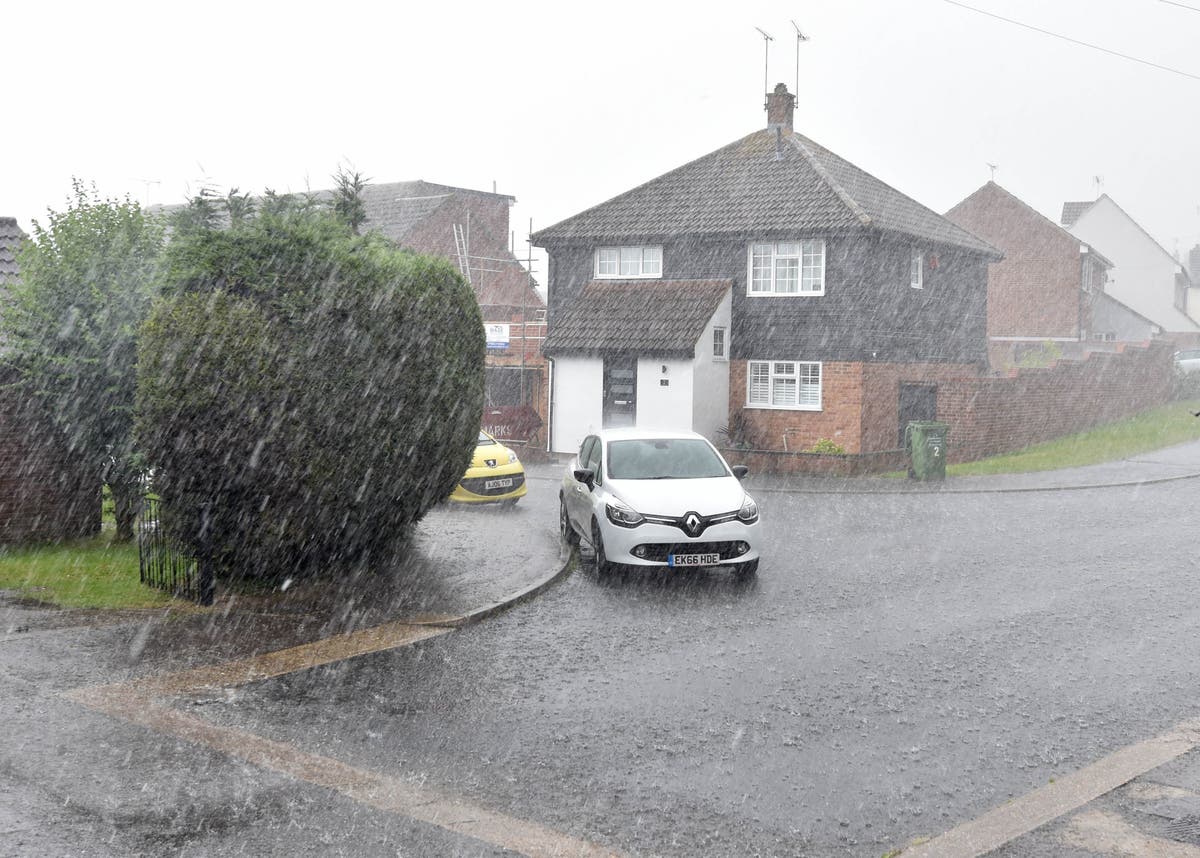 The Met Office has issued flood warnings and forecast hail and thunderstorms on the first weekend of the school summer holidays.
Scorching temperatures the UK experienced this week are set to give way to torrential rain in many areas, with two inches expected to fall in just a few hours in southern England.

Yellow warnings for thunderstorms are in place from 8pm on Friday until 10pm Saturday and cover the south, Wales and some central areas.

“This week’s heatwave conditions will be replaced with unsettled and thundery conditions for southern and central areas through the weekend, as several yellow weather warnings come into force,” the Met Office said.

Forecasters predicted the south and Wales are likely to see “frequent lightning, thundery rain and continued strong, gusty winds” over the weekend.

“There’s also a risk of large hail falling in a few locations and where heavy downpours occur, up to 35 mm could fall within an hour, bringing a possible risk of flooding,” the Met Office added.

It comes just two weeks after Londoners faced flash floods when a month’s worth of rain hit the capital in 90 minutes on July 12.

The weather caused chaos and left a trail of destruction across the city.

Holidaymakers heading on staycations to campsites and caravan parks along the south coast were warned about the storms.

The Met Office issued a weather warning for strong winds along the south coast of England which it said “may lead to some disruption”.

An estimated 2.3million drivers are set to hit the roads as the school holidays start.

Many Britons unable to travel abroad because of quarantine rules are expected to head to some of the more than 7,000 campsites across the UK.

“Strong northeasterly winds could gust up to 55mph, which is most likely on hills and exposed coastal areas in the warning region,” the Met Office said.

“This could lead to tricky driving conditions, especially for larger vehicles or those towing caravans.”
Add Comment