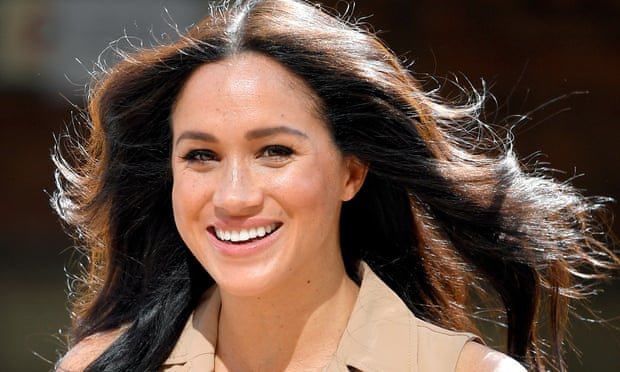 Guidance led duchess to write letter at centre of legal battle with Associated Newspapers
The Duchess of Sussex sought advice from two senior members of the royal family over how to prevent her estranged father from talking to the press, a new court document shows.

Their guidance prompted Meghan to write a letter at the centre of the legal battle between her and the publisher of the Mail on Sunday and MailOnline, Associated Newspapers Ltd (ANL).

The document also reveals that the duchess allowed an unnamed individual to speak to the authors of a biography of the Sussexes to prevent “further misinformation” being spread about her relationship with her estranged father.

Meghan is suing ANL over an article which reproduced parts of the handwritten letter sent to her father, Thomas Markle, in August 2018.

She is seeking damages for alleged misuse of private information, breaching the Data Protection Act and infringement of copyright over five articles published in February 2019 which included extracts from the “private and confidential” letter.

The document submitted to the high court by her legal team says: “Given the claimant’s level of distress surrounding the form, frequency and content of the media coverage concerning her father, and as the newest member of the royal family who wanted to follow protocol, the claimant sought advice from two senior members of the royal family on how best to address the situation.

“In accordance with the advice that she had received from the two members of the royal family, the claimant decided to write a private letter to her father in an attempt to get him to stop talking to the press.”

Although the document did not name the members of the royal family who gave the advice, it stated that she had shared a draft of the letter with her husband Prince Harry and Kensington Palace’s then communications secretary, Jason Knauf.

The document also says the duchess allowed an unnamed individual to speak to Omid Scobie and Carolyn Durand, the authors of Finding Freedom, a biography of her and the Duke of Sussex published in August.

Meghan was concerned that her father’s account in the media that she had “abandoned” and failed to contact him would be repeated, when in fact she had called, texted and written to him to “try to persuade him to stop dealing with the media”, according to the document from her lawyers.

It says she indicated to someone whom she knew had been approached by Scobie and Durand that the “true position” could be “communicated to the authors to prevent any further misrepresentation”.

The document adds that the duchess does not know the details of how and if the “one item of information” about her communication with her father was shared with the biography’s authors.

In September, ANL was given permission to rely on Finding Freedom in its written defence to the duchess’s High Court claim.

In her re-amended reply to ANL’s defence, Meghan’s legal team argues that neither the duchess or Harry co-operated with the authors of the book, did not meet with them and were not interviewed for the biography, formally or informally.

It claims Meghan “was concerned that her father’s narrative in the media that she had abandoned him and had not even tried to contact him (which was false) would be repeated … Accordingly, she indicated to a person whom she knew had already been approached by the authors that the true position as above (which that person and several others who knew the claimant already knew) could be communicated to the authors to prevent any further misrepresentation.”

The document later claims that save this “extremely limited and legally irrelevant extent” it is denied Meghan “had knowingly caused or permitted information about her personal relationship and/or communications with her father, including the existence of the letter and a description of its contents to enter the public domain”.

It also says that “for the avoidance of doubt”, Meghan did not give the authors “directly or indirectly” a copy of the letter to her father, its contents, or a description of its contents and her father’s reply.

Documents lodged by ANL to the high court this week claim that Knauf “and/or” the Kensington Palace communications team “contributed” to a draft of the letter.

An amended reply from Meghan’s legal team stated the duchess had shared notes on her iPhone with Harry and Knauf. The document said: “She shared a draft of that draft with her husband and Mr Knauf for support, as this was a deeply painful process that they lived through with her.

“In the course of a discussion between them, Mr Knauf provided feedback on that draft but no actual wording, as this was a personal letter from daughter to father.

“The comments Mr Knauf provided were in the form of ‘general ideas’ as opposed to actual wording.”

The document added that Knauf was required by “palace protocol” to inform more senior people in the royal households that Meghan was going to write to her father because they had “to be kept apprised of any public-facing issues”.
Advertisement

The duchess’s lawyers insist the letter was not a media strategy but an attempt to protect her and her family, including the royals, from “further media intrusion and embarrassment to the institution”.
Add Comment