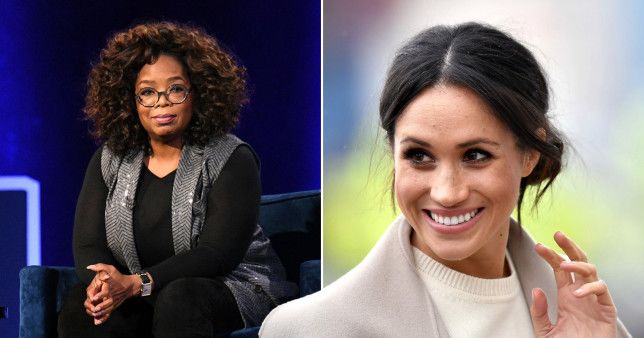 Meghan and Harry 'agree to interview with Oprah Winfey'

The interview will cover 'everything from stepping into life as a Royal, marriage, motherhood, philanthropic work to how she is handling life under intense public pressure'.

Meghan Markle has agreed to an interview with Oprah Winfrey next month.

US network CBS announced: ‘Winfrey will speak with Meghan, The Duchess of Sussex, in a wide-ranging interview, covering everything from stepping into life as a Royal, marriage, motherhood, philanthropic work to how she is handling life under intense public pressure.

‘Later, the two are joined by Prince Harry as they speak about their move to the United States and their future hopes and dreams for their expanding family.’

It is not yet clear whether the agreement will have included any ‘no go’ areas, such as discussing individuals in the Royal Family.

Meghan is now living with her husband Prince Harry in LA, and the couple announced yesterday that they are expecting a new baby.

The Valentine’s Day announcement came with a black and white picture of the smiling couple and the Duchess showing off a slight bump.

A spokesperson for the pair said : ‘We can confirm that Archie is going to be a big brother. The Duke and Duchess of Sussex are overjoyed to be expecting their second child.’

In December, Oprah posted on Instagram that she had received a gift of coffee samples from her neighbour ‘M’ (then wrote it again with a crown emoji so that we got the hint she meant Meghan).

In November, Meghan revealed that she had miscarried in a deeply personal article for the New York Times, writing: ‘I knew, as I clutched my firstborn child, that I was losing my second.’

Misan Harriman, a friend of the Duke and Duchess of Sussex and the photographer who took the photo that accompanied the announcement, tweeted: ‘Meg, I was there at your wedding to witness this love story begin, and my friend, I am honoured to capture it grow.

‘Congratulations to The Duke and Duchess of Sussex on this joyous news!’