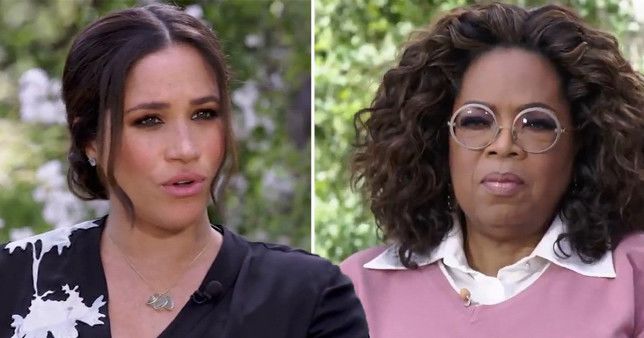 The Duchess of Sussex claimed she is not afraid of the consequences of speaking out because ‘a lot has been lost already’ in a second teaser clip released ahead of her bombshell interview with Oprah airing.

A new trailer for the heavily anticipated chat was released in the early hours of Thursday. Meghan refers to the Royal Family as ‘The Firm’ and accuses them of playing an ‘active role’ in spreading falsehoods about the couple.

The interview with the revered television host is expected to lift the lid on Harry and Meghan’s short period as working royals together before they stepped down for a life in America.

In the 30-second clip, Winfrey asks the duchess: ‘How do you feel about the Palace hearing you speak your truth today?’

She replies: ‘I don’t know how they could expect that, after all of this time, we would still just be silent if there is an active role that The Firm is playing in perpetuating falsehoods about us.

‘And, if that comes with risk of losing things, I mean, I…there is a lot that has been lost already.’

It comes as Buckingham Palace said it had launched an investigation into claims the duchess bullied former royal staff. 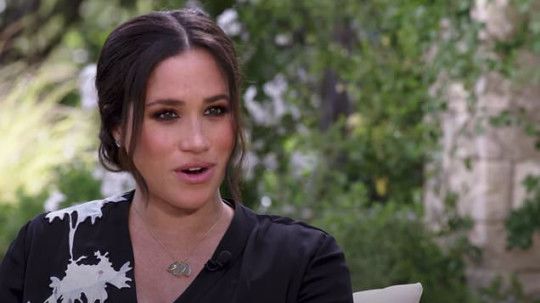 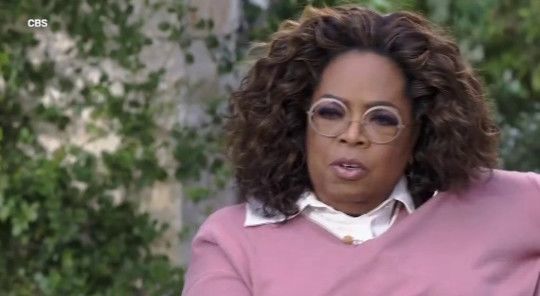 Oprah has said ‘nothing is off limits’ in the interview

Past and present employees are to be invited to speak in confidence about their experiences of working for Meghan, after it was alleged she drove out two personal assistants and staff were ‘humiliated’ on several occasions.

The Times newspaper has reported the duchess ‘destroyed’ one member of staff and another was left in tears before she departed.

There has long been speculation about the atmosphere in the Sussex household, after a number of staff left, and the newspaper chronicles what it describes as ‘turmoil’ within palace walls.

Underlying Meghan’s actions, the paper claims, was the view of a number of sources that she wanted to be a ‘victim’ so her ‘unbearable experience’ would convince Harry they had to leave the UK – something her lawyers have denied. 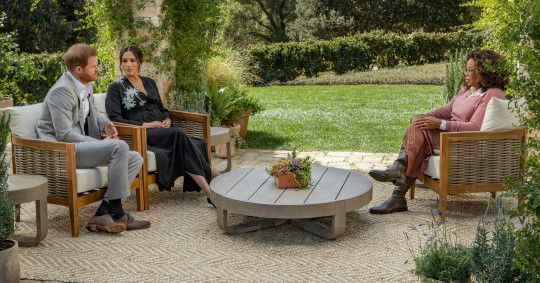 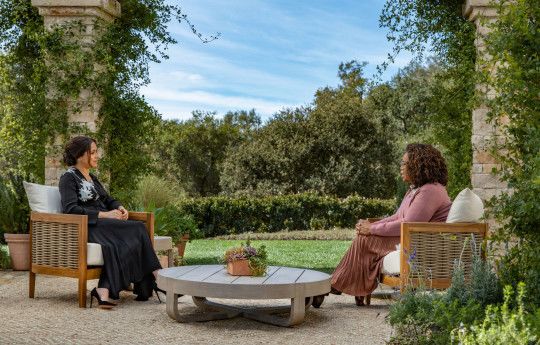 The CBS interview will air on Sunday in the United States

The monarchy’s ‘men in grey suits’ have been accused of being aware of the alleged actions of the duchess and of doing ‘absolutely nothing to protect people’.

Buckingham Palace said in a statement: ‘We are clearly very concerned about allegations in The Times following claims made by former staff of the Duke and Duchess of Sussex.

‘Accordingly our HR team will look into the circumstances outlined in the article. Members of staff involved at the time, including those who have left the household, will be invited to participate to see if lessons can be learned. 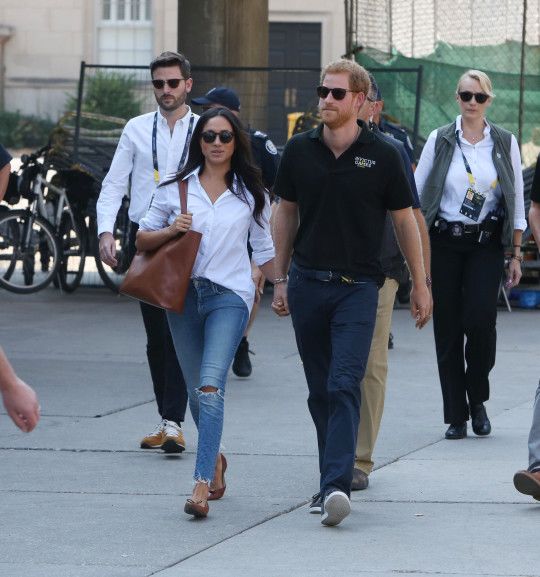 ‘The royal household has had a dignity at work policy in place for a number of years and does not and will not tolerate bullying or harassment in the workplace.’

Meghan and Harry will not be part of the process as they are not staff, and it is understood the palace hopes to start the investigation soon.

Lawyers for the duke and duchess said the Sussexes believed staff were comfortable and happy.

However, Jason Knauf, the Sussexes’ then communications secretary, made a bullying complaint in October 2018 in an apparent attempt to force Buckingham Palace to protect staff.

A source suggested the attitude to the allegations was more about making them ‘go away; rather than ‘addressing’ them, with the paper claiming Mr Knauf’s complaint was never progressed.

Meghan’s spokesman said: ‘The duchess is saddened by this latest attack on her character, particularly as someone who has been the target of bullying herself and is deeply committed to supporting those who have experienced pain and trauma.

‘She is determined to continue her work building compassion around the world and will keep striving to set an example for doing what is right and doing what is good.’