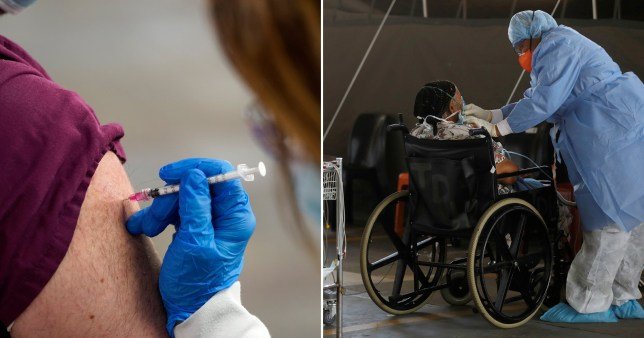 Matt Hancock has warned the South African coronavirus variant could reduce vaccine effectiveness by 50% – putting the UK ‘back to square one’ if it took hold and became the dominant strain.

The health secretary said ‘there is evidence in the public domain’ that the variant may be more resistant to current jabs in use, but cautioned that ‘we are not sure of this data’ yet.

He added that the variant is being tested at the Government’s Porton Down research facility as well as in a clinical trial in South Africa to check the efficacy of the Oxford/AstraZeneca vaccine.

Mr Hancock’s comments came from a recording of an online webinar with travel agents this week, leaked to MailOnline.

He said: ‘There is evidence in the public domain, although we are not sure of this data so I wouldn’t say this in public, but that the South African variant reduces by about 50% the vaccine efficacy.’

The health secretary added: ‘We’re testing that and we’ve got some of the South African variant in Porton Down, and we’re testing it.

‘We’ve got a clinical trial in South Africa to check that the AstraZeneca vaccine works.

‘Nevertheless, if we vaccinated the population, and then you got in a new variant that evaded the vaccine, then we’d be back to square one.’ 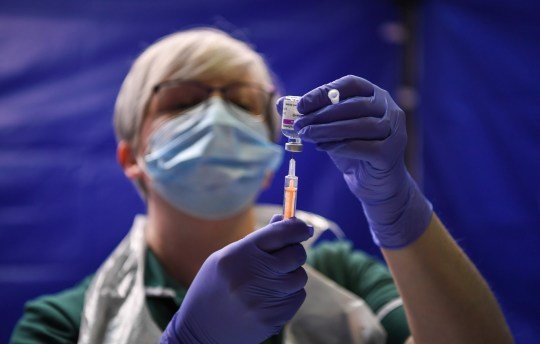 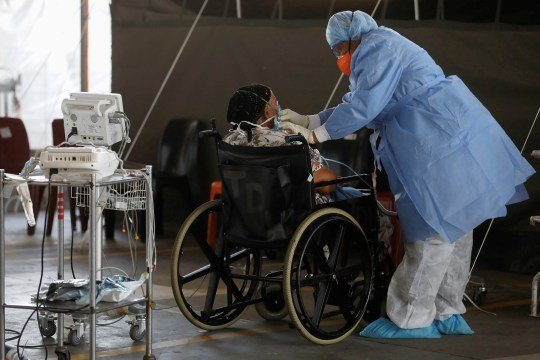 Healthcare workers tend to a patient at a temporary ward at Steve Biko Academic Hospital in Pretoria, South Africa

Asked about the clip at Friday’s Downing Street briefing, the Government’s chief scientific adviser Sir Patrick Vallance said: ‘I’m going to be a bore about this because these are difficult laboratory studies and people are trying to look at how effectively antibodies neutralise various forms of the virus or various parts of viruses.

‘They will get different results in different laboratories, and not all of the immune response is an antibody response.

‘So taking a result from a laboratory and saying ‘therefore the vaccine will be 50% less effective’ – you just can’t do it.

‘It is the case that both the South African and Brazilian identified variants have more differences in shape which might mean they are recognised differently by antibodies.

‘But I think it is too early to know the effect that will have on the vaccination in people and it is worth remembering that the response of the vaccine is very, very high antibody levels, so that may overcome some of this.

‘We don’t know the answer but there’s obviously a cause for concern.’

Professor Chris Whitty said it is possible that even if the current vaccines had reduced efficacy they could still be able to protect against severe disease.

He told the press conference: ‘It is possible, we don’t know this, that what we could end up with is that the current vaccines still protect to a large degree against severe disease and dying, even if they are less effective against infection.’