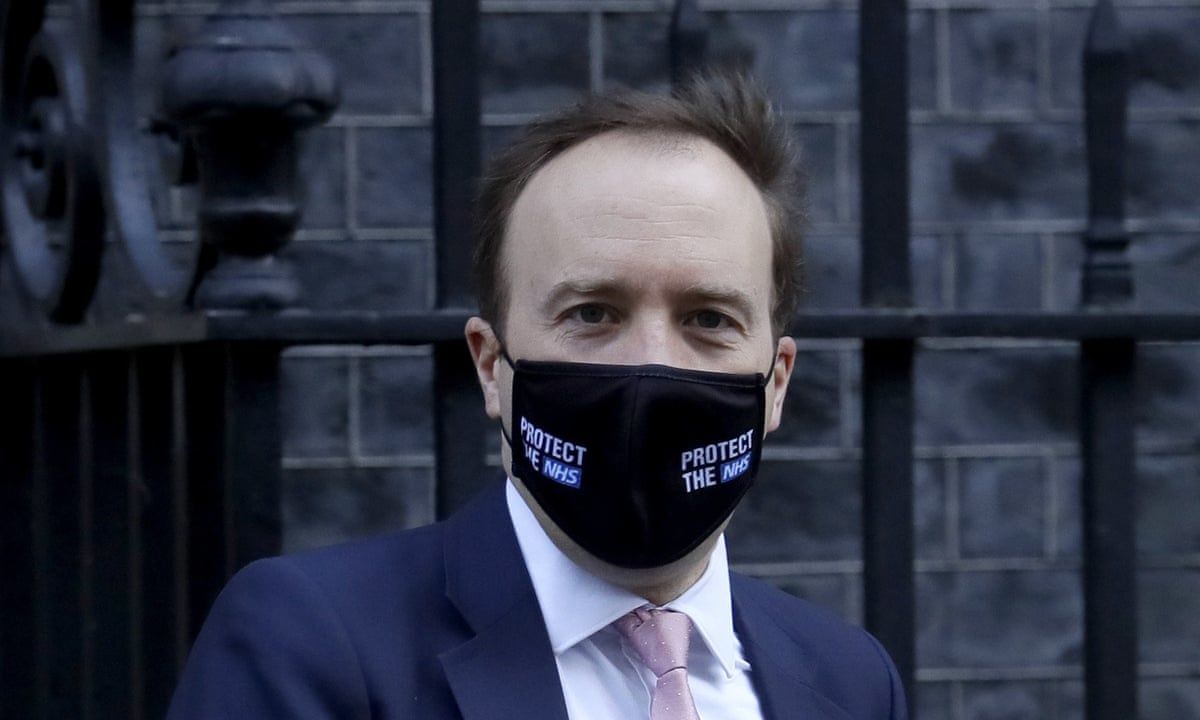 The health secretary, Matt Hancock, has said he hopes coronavirus could become a treatable disease by the end of the year as the government launched a fresh drive to encourage people to accept a vaccine amid continuing reluctance among some groups to have the jab.

Ministers are confident they will achieve their UK-wide target of offering a vaccine to all those most at risk from the virus, including all over-70s, by Monday.

NHS England said everyone in the top four priority groups in England had now been offered the opportunity to be vaccinated, with 14 million of the target 15 million most vulnerable having already receiving their first jab. Wales said on Friday it was the first UK nation to meet its target. 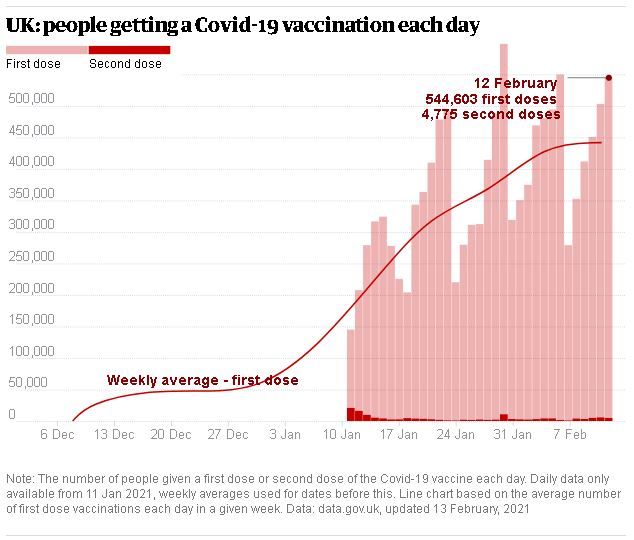 Hancock said he hoped a combination of vaccines and new treatments would mean Covid-19 could be a treatable disease by the end of the year.

He expressed the hope that coronavirus would become “another illness that we have to live with” like flu. “I hope that Covid-19 will become a treatable disease by the end of the year,” he told the Daily Telegraph.

“If Covid-19 ends up like flu, so we live our normal lives and we mitigate through vaccines and treatments, then we can get on with everything again.”

However, there is concern at the rate of vaccine uptake among some communities, including some people of colour. Data shows that white people are almost twice as likely to have been vaccinated as black people among over-80s in England.

Hancock issued a direct appeal to anyone over 70 who has still not had the jab to contact the NHS over the weekend to book an appointment. “Vaccines are the way out of this pandemic,” he said.

Overall, uptake of the vaccine has been high, with the Department of Health and Social Care (DHSC) reporting a 93% take-up rate among over-75s in England.

NHS England previously missed its goal of getting all care home residents vaccinated by 24 January amid warnings that some were too frail to travel to vaccination centres or feared infection if they do.

About 30 ministers, including the home secretary, Priti Patel, and the vaccines minister, Nadhim Zahawi, are taking part in visits and virtual meetings to raise confidence in the jab.

“We recognise that some groups feel more hesitant about getting a jab, or have more barriers, both physical and mental, preventing them from accessing one when it’s offered,” Zahawi said.