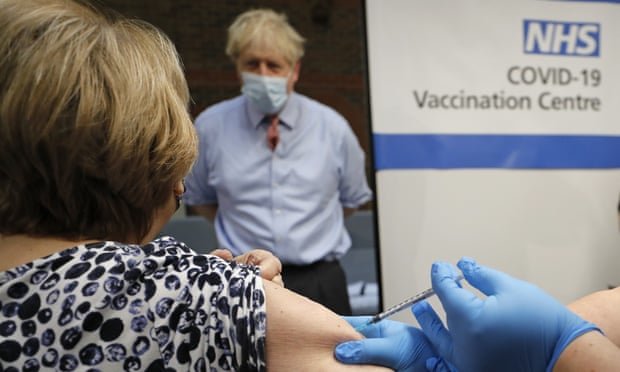 Opinium survey finds 43% think PM needs to go, but only 20% say Keir Starmer should step down
More people think Boris Johnson should resign as prime minister than think he should continue in office, according to the latest Opinium poll for the Observer.

There were also signs of a slight drop in support for the government’s handling of coronavirus. Some 72% (+4 on the last poll) think the government has not acted fast enough, with 42% (+4) thinking they are definitely not acting fast enough.

Johnson’s overall approval numbers have seen a slight drop. The proportion approving is now 37% (down one point from the last poll), while 45% disapprove (up one point). The government’s handling of the virus more generally has also seen a small drop. The number who approve is now 31% (-3), while the number disapproving is 48% (+3). This is the highest disapproval number since early November.