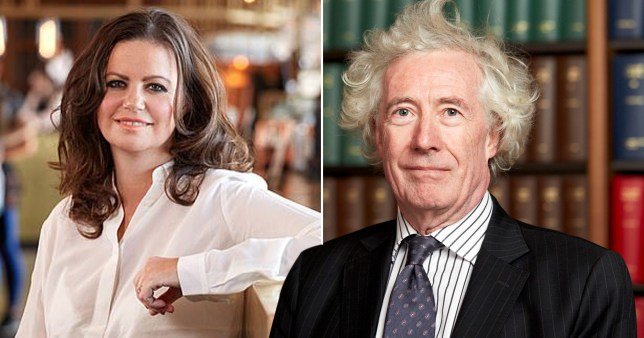 Appearing on the BBC’s The Big Questions today, Lord Jonathan Sumption told podcaster Deborah James he believes ‘all lives are not of equal value’ and that people should be able to live normally while the elderly and the vulnerable isolate.

Ms James hosts the BBC’s You, Me And The Big C podcast and has survived 17 tumours, with her last cancer operation taking place only six weeks ago.

He also noted during the show: ‘All lives are not of equal value – the older you are, the less valuable yours is because there’s less of it left.’

Ms James said in response: ‘Who are you to put a value on life? In my view, and I think in many others, life is sacred and I don’t think we should make those judgement calls. All life is worth saving regardless of what life it is people are living.

‘I’m fully aware and I’ve seen first hand and said goodbye to best friends in terms of collateral Covid is causing, but at the same time I’m grateful to be somebody who is kept alive because of the NHS. 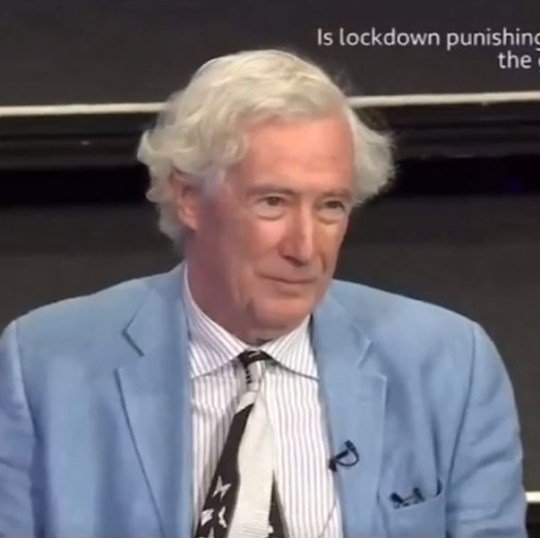 Lord Sumption sat on the Supreme Court until 2018

‘Only six weeks ago I was in intensive care for a cancer operation that has got me back up on my feet and without that I wouldn’t be here. We have to protect the NHS to allow the collateral to be as minimal on all health conditions as possible.’

Lord Sumption argued that there was ‘no correlation at all’ between lockdowns and reducing coronavirus deaths. He said: ‘Instead of isolating the old and the vulnerable who need it, we have chosen to isolate everybody.

The 72-year-old, who sat on the Supreme Court until 2018, has long criticised ministers for executing so much control over everyday life. He said Boris Johnson and his Cabinet had gone further than leaders during wartime with their restrictions. 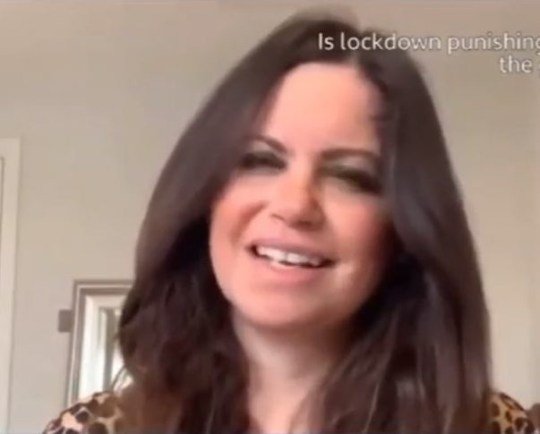 Responding to criticism over his comments to Ms James, Lord Sumption later insisted his words had been taken out of context. He went on: ‘I object extremely strongly to any suggestion that I was inferring that Miss James’s life was less valuable because she had cancer.

‘I thought she was responding to my earlier comments about older people being protected by a total lockdown which is causing immense harm to the young who are unaffected.

‘That harm can be to their mental health or through cooping undergraduates up at university or through the loss of jobs. I was saying this should not be inflicted on the young to protect old people like me.

‘If Miss James has misinterpreted that then I can only apologise to her as it was not my intention to suggest she was less valuable. Sometimes on video links it can be difficult to hear what the other person is saying.’