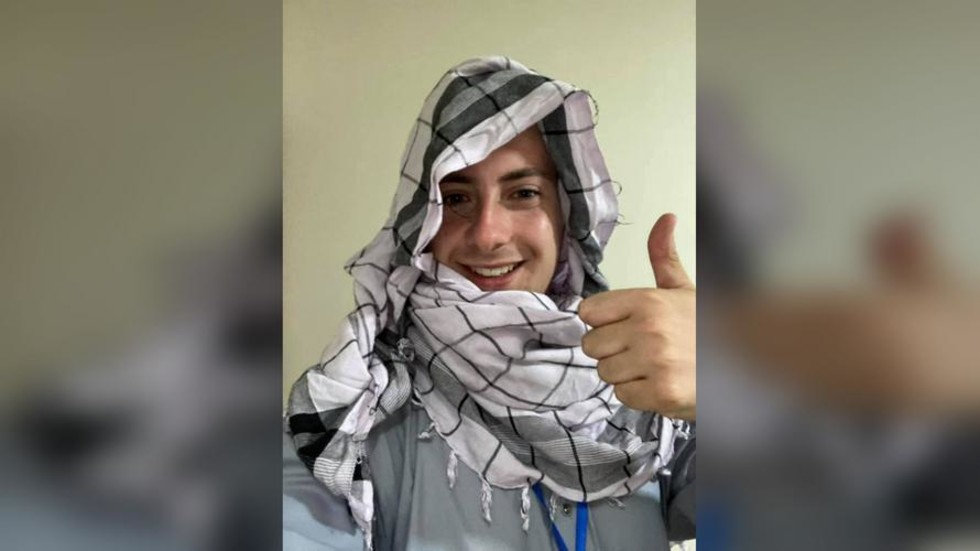 As foreigners flocked to get out of Afghanistan in recent days, one cheerful British student flew into the war-torn country, to “goof off and soak in the sun.” With the Taliban closing in, timing was not his strong suit.

When Miles Routledge touched down in Afghanistan on Friday, he made a 4chan post joking that the country seemed “safer than London.” The 22-year-old Loughborough University student posted pictures of the dirt-cheap food on offer, and described pleasant interactions with locals – albeit to the sound of what he said were “bombs” exploding nearby.

Routledge took a day trip across the country, chatting with soldiers and posing with military equipment. Based in the capital city of Kabul, he was initially unconcerned about the Taliban forces converging on the city. Just like US military and intelligence officials believed, he thought that he had “a good week or two” before the Islamist militants were at the gates.

That belief was shattered on Sunday. Routledge described the city as slipping into “anarchy” as the Taliban stormed Kabul, and with the British embassy apparently unwilling or unable to help him, he walked to the city’s airport disguised in a burqa. Upon arrival, Routledge told his 4chan buddies he expected to “either die a man or leave with giant balls.”

Leaving was not an option. As US military aircraft streamed one after another onto Kabul Airport’s single runway, carrying troops to cover the American withdrawal, all commercial flights were suspended. Routledge described his situation as a “bit of a pickle.”

Back in the city, the student was soon confronted with the realities of war. Upon reaching a UN safe house and taking a breather, Routledge suffered a mental breakdown. “I’ve seen too many dead people,” he wrote on Facebook. “I just wanted this whole thing to be a little charity thing where I can explore a weird country but I’ve mentally broken down.”

However, in a follow-up post shortly afterwards, Routledge said that he was “back to normal,” and was busy calling people who could possibly get him out. “I still have no regrets but damn I wish I packed more socks,” he wrote.

Routledge’s cheerful demeanor earned him a quick following on 4chan, where anonymous users dubbed him ‘Lord Miles,’ based on a lordship he purchased as a prank and used to obtain a credit card bearing the name ‘Lord ML Routledge.’ “If the Taliban kidnap me, the plan is simple,” he posted. “I’m legally technically a lord (bought a fake certificate, wore a suit in a bank and talked the talk)...the Taliban may see that as reason enough to keep me alive.”

Also keeping Routledge going is his Christian faith. Speaking earlier on Sunday on streaming platform Twitch, Routlege told viewers that he was “fully prepared for death” as he walked around the falling city.

“I accepted it,” he said, “This trip has been a test of God. I’m very religious so I believe I’ll be looked after. Before I left I wrote a letter to my friends saying that if I died, not to feel guilty, that I would die happy and religious and proud.”