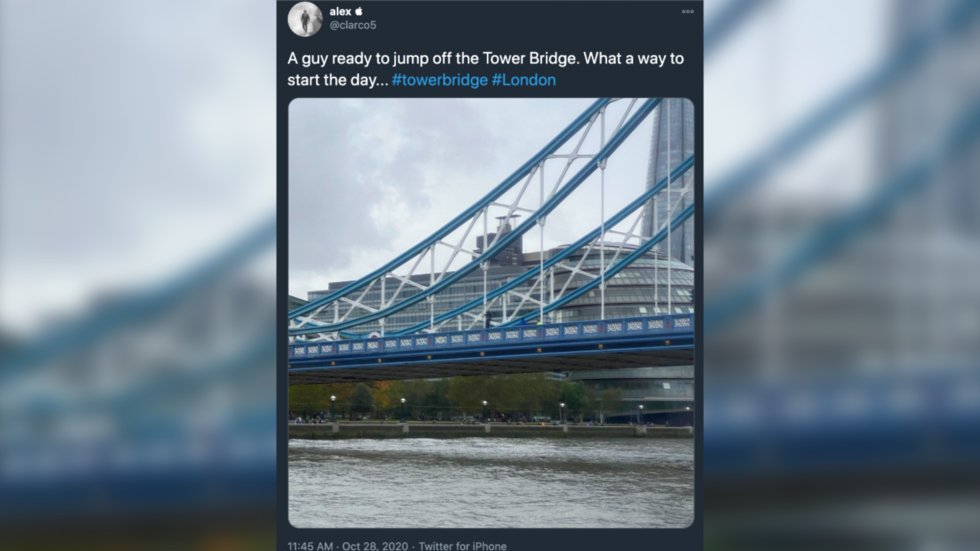 “Tower Bridge is currently closed while we deal with a person who has climbed the structure,” a police spokesperson said.

A guy ready to jump off the Tower Bridge. What a way to start the day... #towerbridge #London pic.twitter.com/5MZtCuCYPS

Police stopped all traffic in both directions, and diversions were put in place as officers attempted to make contact with the individual.

Tower Bridge is currently closed while we deal with a person who has climbed the structure.

Images shared on social media purported to show the unidentified person clinging to the bridge high above the River Thames as media outlets reported several people in high-vis vests were speaking to them.

Shortly after the alarm was first raised, the situation appeared to reach a safe conclusion, with City of London police confirming that the bridge had reopened.

The bridge has now been reopened ✅. Thank you for your patience.