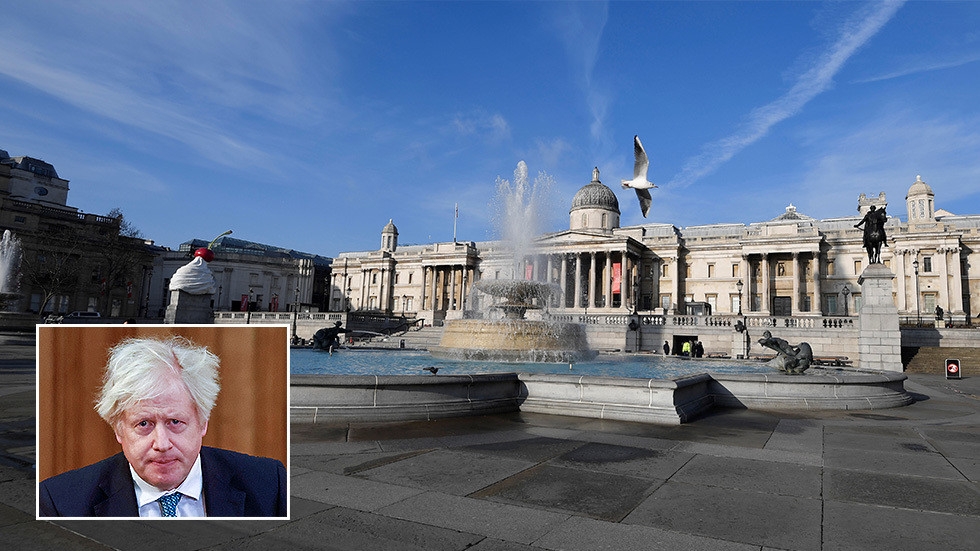 Lockdown without end in the UK? Boris Johnson has shown Brits the finger

Britain is in national lockdown again, but this time with an important difference. Prime Minister Boris Johnson hasn’t given a definite date when restrictions will finally be lifted, which should give everybody cause for concern.

In Alfred Hitchcock’s classic 1935 film adaptation of ‘The 39 Steps’, Richard Hannay (played by Robert Donat) tells seemingly ‘respectable citizen’ Professor Jordan (Godfrey Tearle) that the dastardly criminal mastermind he is after has the top joint of the little finger of his left hand missing. “Sure it’s not this one?” says Prof Jordan, raising his right hand.

I thought of that famous scene on Monday when Boris Johnson made his latest ‘address to the nation’. That we were going into a new national lockdown, so soon in the New Year, was absolutely unsurprising. In fact, in a tweet on December 18, I predicted the exact date (January 4) when Johnson would make his announcement.

We were told that it was because of a “new variant strain” of the virus that the government was having to take action, but of course it was all pre-planned. The big giveaway was on November 5, when Chancellor Rishi Sunak extended the furlough scheme to the end of March.

Why on earth would he do that if the intention was to get things back to normal? A lockdown in early January was always going to happen, and the cynics among us expected it to be introduced as soon as millionaire pro-lockdown inside-the-tenters like Piers Morgan returned from their luxury Christmas/New Year Caribbean holidays. And so it proved.

But this time, unlike in March 2020, there’s no pretence that the latest ‘Stay at Home’ order for the peasants is ‘just’ for three weeks. Not even ‘just’ for three months. “Oh, we very much hope restrictions will be eased by the end of March, the date when the current legislation runs up to, if this or that happens with the vaccines, but we have to be very, very cautious,” is the official line. And you know what that means.

Boris Johnson has done a Professor Jordan. Like Richard Hannay, the members of the public who believed the propaganda that anyone who said coronavirus restrictions were ‘The New Normal’ was a ‘crackpot conspiracy theorist’ have received a rather rude awakening. Like Prof Jordan, Johnson has shown them his little finger.

It seems the government no longer needs to keep up the pretence that the lifting of restrictions is just around the corner. Even when the lockdown is eased, or officially ended, Johnson has made it quite clear it would continue, but just under a more palatable name. The tier system.

“As was the case last spring, our emergence from the lockdown cocoon will be not a big bang but a gradual unwrapping,” the PM told MPs. But the truth is that Britain never did emerge from its “lockdown cocoon” in 2020. Yes, pubs, restaurants and so-called ‘non-essential businesses’ were allowed to reopen, but normal life did not return. Quite the contrary; professional sport was only possible ‘behind closed doors’, and at the end of July, we were told to wear face masks when we went shopping.

It’s very likely to be the same this year. Looking at my crystal ball – which has been pretty accurate so far – we can expect the current ‘national lockdown’ so described, to end by late spring/early summer. By July, most of the country will be in Tiers 1 or 2, with Tier 1 – where you’re still expected to mask-up in shops and ‘socially distance’ from your fellow humans – about as ’normal’ as it gets. Then, from September, restrictions will be tightened once more, leading to another full national lockdown in winter, starting either before, or just after, Christmas. Chris Whitty let the cat out of the bag on Monday when he said at the Downing Street press conference that restrictions might have to be re-imposed next winter… if they’re ever lifted.

“We shouldn’t kid ourselves [that] this just disappears with spring,” the chief medical officer said. Back in late summer when Boris Johnson claimed life could be “back to normal by Christmas,” it was Whitty who warned of a “difficult period” that would last until the spring. The question is: which spring?

Of course, the UK isn’t the only country in lockdown. They are the norm across ‘democratic’ NATO-land, where implementing the World Economic Forum’s dystopian ‘Great Reset’ under the guise of fighting a virus is clearly top of the elite’s agenda.

As to where this is heading, we only need to look at Germany, where an even stricter lockdown has just been announced, and the furlough scheme was extended to the end of 2021 last summer. Did that indicate that Frau Merkel envisaged an imminent ‘return to normal’?

What gives the British government confidence it can keep going in lockstep with Germany and other Great Resetting western countries is the position in Parliament. Only 16 MPs, from a House of 650, voted against the new national lockdown measures on Wednesday. A dozen of them were Tories, of the old-school freedom-loving variety, but Johnson knows he can always rely on the hardline authoritarians in Labour, who are even more pro-lockdown than he is, to get his measures passed.

The sad and rather shocking truth is that the current UK Parliament could quite happily keep us locked down indefinitely. Remember MPs get their £81K annual salaries (plus perks) paid in full each month, whatever happens. And there’s no general election due until 2024.

The only way the restrictions will end is if the public have had enough of them and stop complying in large enough numbers. Otherwise, what incentive is there for the well-heeled, power-crazed, lockdown-addicted political class to lift them, especially with the next general election so far away?