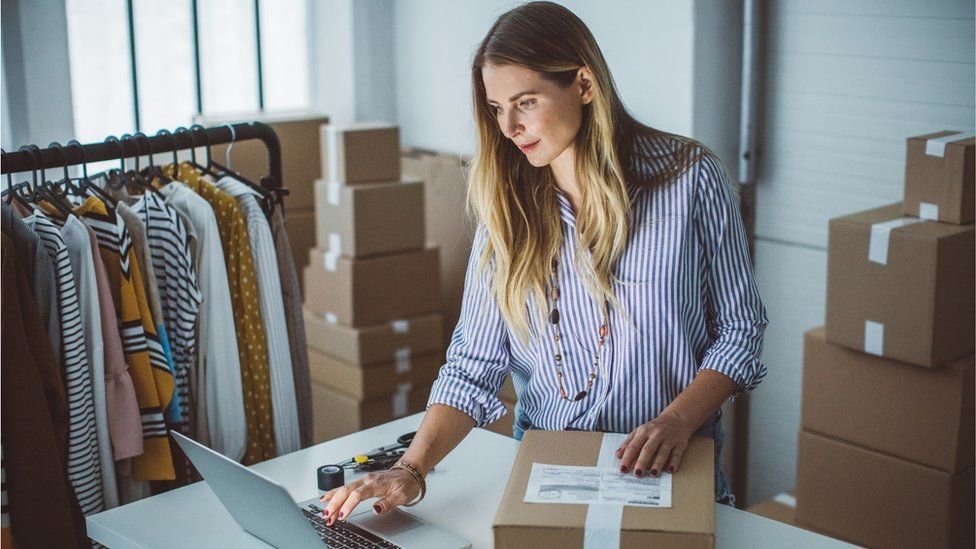 It's an understatement to say the past year has posed a unique challenge for many businesses. The national lockdown introduced in March 2020, in response to the spread of coronavirus, forced thousands to close temporarily.

For some, it was the end. Others had to adapt to survive.

Now the public have once again been told to stay home and large parts of the economy can't operate.

The BBC asked small business owners what they have learned from previous shutdowns, that might help them through the next couple of months - and beyond.

'We've ramped up our social media' 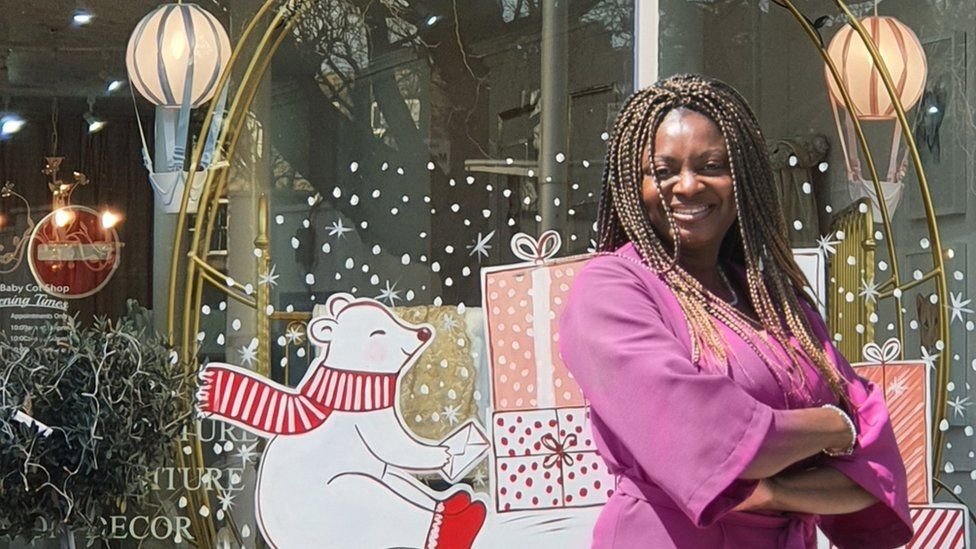 The first time non-essential retailers had to close in March 2020, it was a huge challenge. Ordering online was the only option. There were other issues too; international supply issues meant display stock had to be lent to some customers. And Toks had to furlough all her staff - she now uses flexible furlough.

"We have used the government help available. It has still been difficult. The bulk of our orders normally come from in-store as people like to see things. Now though, our online order and delivery system is better co-ordinated."

Changes during the first lockdown were meant to be temporary. Design consultations for new parents moved from in-store to Facetime or social media. Now restrictions have tightened again, Toks is viewing things differently.

"We didn't think we'd still be saying 'Covid' in 2021. This week it's really hit me I'm looking at a more permanent transition - there is no end in sight. It feels like starting a new business for an audience with a different mindset. The process of shopping has changed.

"The Facetime method of design consultation isn't sustainable. I am in the process of integrating a web and video chat into the website. We've ramped up our social media too.

"During this lockdown we are working on video tours, so that people can be shown around the store. This will also make a difference for our international clients." 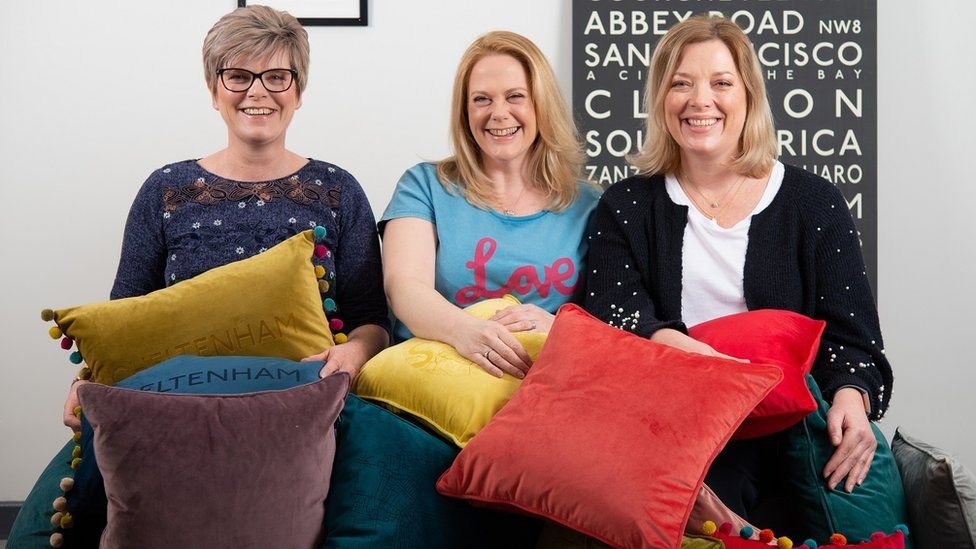 There have been peaks and troughs since the business started 11 years ago, but none prepared Betsy for the online shopping boom triggered by coronavirus restrictions.

When the first lockdown was announced, orders all but stopped. One of the three staff members at the time was furloughed. That didn't last long. People who couldn't celebrate with loved ones in person started sending gifts instead.

"Quite quickly we had Mother's Day and needed all staff back. By June, we were up 400% on normal levels, with Father's Day contributing. It was bigger than a normal Christmas. We were completely overwhelmed."

After the surprise peaks of 2020, Betsy is braced for more during this shutdown, especially around Valentine's Day. Her team have adapted to meet demand for gift sets rather than single items.

She has found backup courier services too, having experienced delivery issues with Royal Mail last year amid the huge rise in parcels. But above all she has learned to expect the unexpected.

"We have taken on extra staff over Christmas but I don't want to make new jobs permanent yet. When we eventually come out the other side, how much of the online gifting will remain and how many of us will be so desperate for physical contact that we want to go out and do things together?

"I do have a little concern that it's a bubble of activity that won't last forever. We usually forecast based on previous year's trading, but it's harder to plan than ever before". 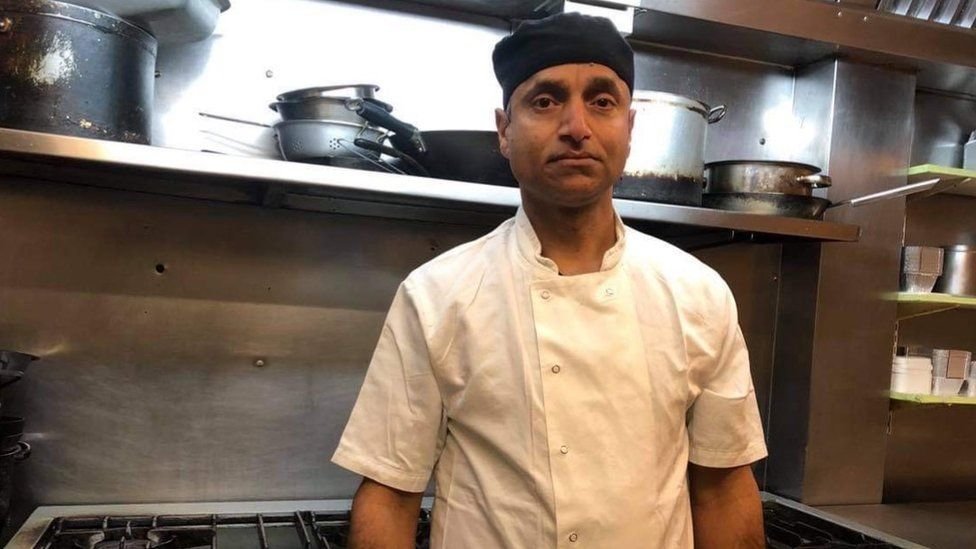 Karim Ullah opened his first Brohmon Indian restaurant in Stansted Mountfichet, Essex in March 2020. He hoped it would be the start of a chain. Within two weeks, it had to shut.

"The beginning was horrific. We couldn't furlough anyone so had make the team redundant straight away, leaving just me and my wife. We couldn't close as we needed some revenue to pay the rent and overheads. We had to learn fast."

Karim hadn't planned to do takeaways, but tried. "They didn't work well, but it got better when we started deliveries. We learned which items would travel well. Deliveries allowed us to build our reputation, to get things like TripAdvisor reviews."

A grant helped Brohmon stay afloat, and sit-in meals were eventually allowed again. Then the November shutdown happened. It was harder than expected.

"We have realised people are feeling the pinch more now. We need to tweak our menu so they're not paying as much. But we are growing.

"This week during the third lockdown, we are opening our first 'dark kitchen'. It's a kitchen in a café about two and a half hours away, that we will only use for cooking for delivery orders. That's the area of business we think will enable us to grow."