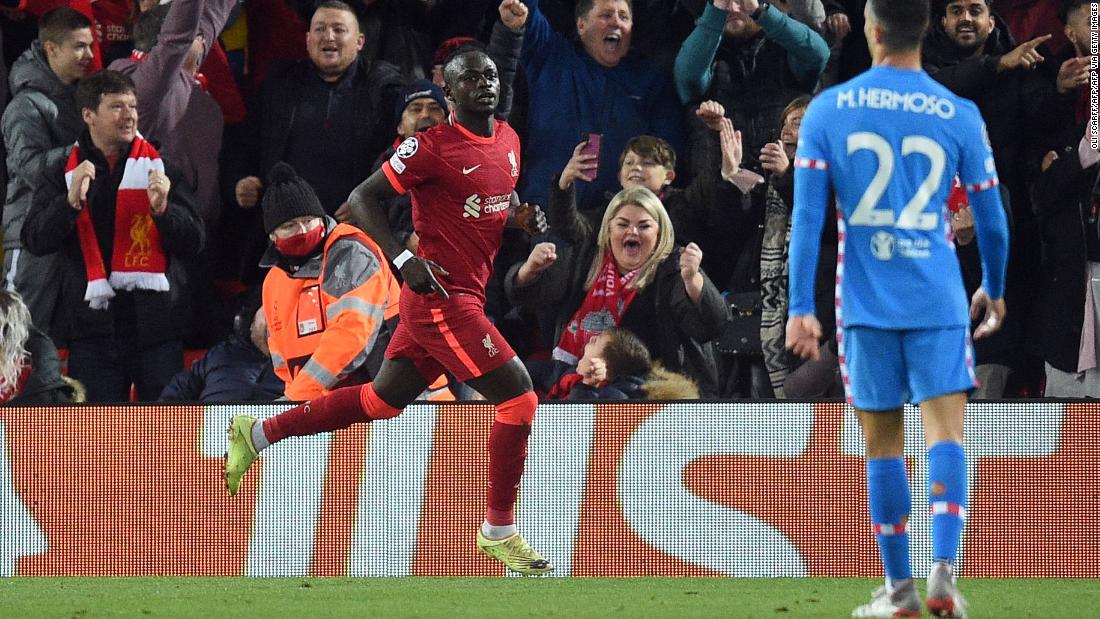 Liverpool put in a dominant performance against Atlético Madrid on Wednesday night, winning 2-0 in a heated encounter at Anfield in the Champions League.

And with Liverpool looking the far superior team, Sadio Mane doubled its lead under 10 minutes later, tapping home from close range from another Alexander-Arnold cross.

The evening went from bad to worse to Atlético, who had Felipe sent off later in the first half. With a man advantage for over 50 minutes, Liverpool continued the pressure, squandering numerous chances to extend its lead.

It means with two games left of the group stage, Liverpool is into the knockout stages of the Champions League, while Atlético sit third on four points, one behind Porto.

People want to see more goals but we did create more chances. I think the game was nearly perfect," he told BT Sport.

"We scored the goals in the right moments. They were much more on the front-foot with how they started than the home game but we started well. They were fantastic finishes as well, especially Sadio's one. With the red card, well, you don't like that, you don't want to play against 10 men but in the end it's 2-0 and it was a great night.

He continued: "You earn a lot of money to win Champions League games! The first target was to get through this group. But we did it with two games to go. What can we do? We will have to see. I didn't expect we would be through after four games but the boys did it and it's really well deserved." 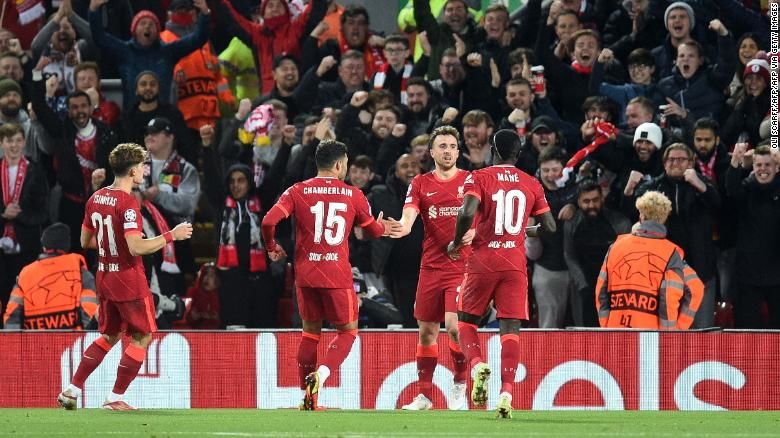 Impressing from the start

When the two teams met in Madrid in their first encounter, they produced a breathtaking affair, with Liverpool racing into a 2-0 lead, only for Atlético to battle back and equalize, with Mohamed Salah grabbing a dramatic winner in the final stages.

But it couldn't have started worse for Diego Simeone's men, conceding a sloppy opening goal inside the opening stages of the game.

Portugal international Jota was the beneficiary of a sumptuous Alexander-Arnold cross to head past the despairing Jan Oblak in goal.

Known for its defensive solidity, the goal rocked the typically resolute Atletico, but there was much worse to come for the Spanish side.

It was two goals behind in the 21st minute, as Mane tapped home from close range again to stun Simeone on the bench.

Although Atlético produced its best period of attacking play after going two goals down, it was short-lived.

After committing a foul on the edge of the Liverpool box to stop a fast break, Brazilian defender Felipe refused to obey referee Danny Makkelie's wishes that he come and accept his yellow card; Makkelie decided to show Felipe the red instead. 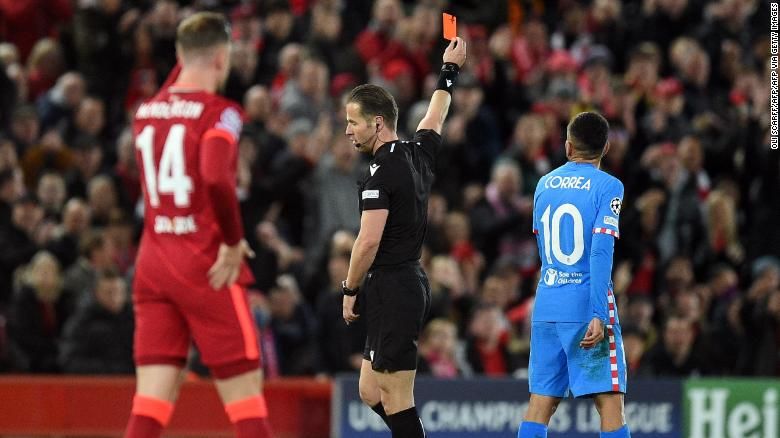 Liverpool tested Oblak a few more times as a feisty first half came to a close, leaving Simeone much to ponder during the halftime break.

It took just minutes for Liverpool to have the ball in the Atlético net once again, only for Jota's cool finish to be ruled out by the video assistant referee (VAR) for offside.

And the home side continued to spurn glorious opportunities, Salah, Joel Matip and Jota coming within whiskers of putting Liverpool three up.

Against the run of play though, Luis Suarez -- returning the ground where he had so much success as a Liverpool player -- appeared to have given Atlético a lifeline, his deflected effort wrongfooting Alisson in goal.

But it wasn't to be for Suarez, as the VAR ruled the goal out for offside.

It was more of the same unfortunately for Atlético, as Liverpool kept up its pressure on the Liverpool goal, with Virgil van Dijk's long-range strike just going over.

The remainder of the game was a perfect display of game management from Liverpool, with some apparent injuries to Roberto Firmino and Alex Oxlade-Chamberlain the only blights on an otherwise perfect evening.

It now means that Liverpool is unbeaten in 25 matches in all competitions, its joint-longest such run since it joined the English Football League in 1893.