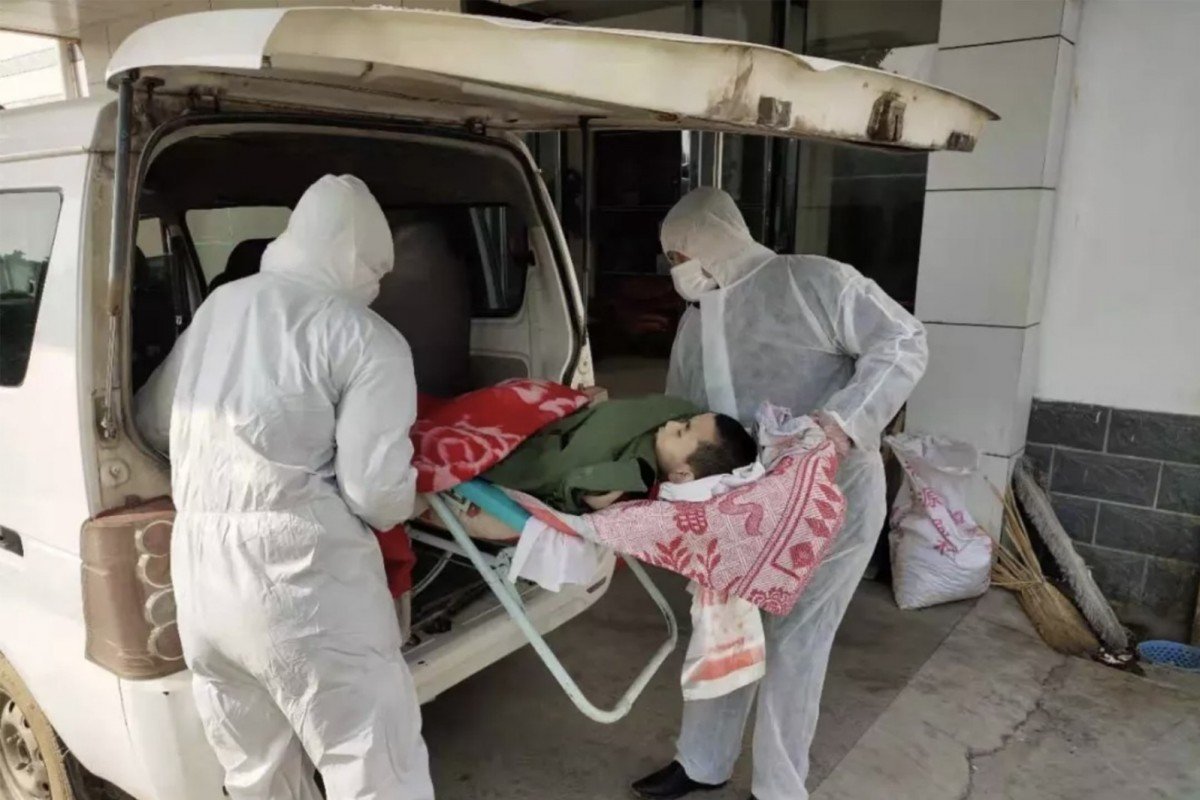 Left at home for six days: disabled Chinese boy dies after carer dad and brother are quarantined for coronavirus checks

A disabled teenager in rural central China died after he was left at home for six days without care while his relatives were quarantined on suspicion of having the Wuhan coronavirus, Beijing Youth Daily reported on Thursday.

The 17-year-old, named Yan Cheng, had cerebral palsy, a severe motor disability that requires around-the-clock attention. He died in Hubei province on Wednesday, local government officials were quoted as saying. Authorities had launched an investigation, the report said.

Cheng, his 49-year-old father and his 11-year-old autistic brother travelled from Wuhan on January 17 to celebrate Lunar New Year in their ancestral village in Huahe township, Hongan county – about 150km (93 miles) from the central Chinese city where the coronavirus was first reported.

The father, Yan Xiaowen, developed fever three days later. He and Cheng’s younger brother were quarantined by authorities at a treatment facility on Friday, leaving Cheng at home without regular care, food or company. There was no official statement on the cause or circumstances of the teenager’s death.

Cheng’s mother committed suicide about a year after the birth of the younger brother, Yan was quoted as saying in a report on Wednesday by Damihexiaomi, a WeChat publishing platform that campaigns for families of children with autism and other conditions.

Worried that Cheng was not getting proper care from the local Communist Party officials entrusted with the boy’s welfare, his father appealed for help on Weibo, China’s Twitter-like network, on Tuesday.

“I have two disabled sons. My older son Yan Cheng has cerebral palsy. He cannot move his body, he cannot speak or look after himself. He has already been at home by himself for six days, with nobody to bathe him or change his clothes and nothing to eat or drink,” Yan wrote in a post that included several photos of him and his son, as well as his own medical treatment information and his Chinese identity card.

The post also included a screenshot of his phone record, showing 10 calls between the father and the village party secretary on Tuesday alone.

“The government and hospitals don’t have any protective clothing to spare. I fear that my child will soon die. Please everybody, help send some protective suits to Yanjia village in Huahe township, Hongan county, Hubei province!”

Most of the central Chinese province has been under virtual lockdown since the number of cases of a previously unknown coronavirus originating from the epicentre of Wuhan rapidly rose last week. Hospitals across the province are struggling to cope with the sudden increase in patient numbers, and have reported shortages of supplies and medical staff becoming overworked.

Yan said he was diagnosed with coronavirus on Monday and was taken to a county hospital. He wrote in another post that he had been notified by the village party officials that his son had only been fed twice between Friday and Tuesday.

Party officials were planning to send Yan and Cheng to a hotel for quarantine on Wednesday so that the boy could be cared for in the same place as his father, according to the Damihexiaomi report, but the teenager died that afternoon.

The report also said the boy’s aunt fed him three times and changed him twice over the six-day period, but could not visit more often because of her own ill health. She last visited Cheng on Tuesday, but said that his condition was rapidly deteriorating by then.

“He was lying on a lounge chair but his head was hanging. His face and mouth were dirty, as well as his duvet. I washed his face and mouth with boiled water, changed his underclothes, and fed him some water and a small half-cup of rice, but he couldn’t eat any more,” she was quoted as saying.

Yan had contacted a Wuhan disability charity for help, which reported the matter to the Hubei Disabled Person’s Federation, a branch of China’s state organisation for the disabled.

A Huahe township employee told Beijing Youth Daily that Hongan county had set up an inquiry into the teenager’s death.
“Now, the oversight [monitoring] of cadres is very strict, there is no way we could have left a boy with cerebral palsy at home with nobody looking after him,” the employee was quoted as saying.

“We have, of course, done our work, but the fact is that he had died, higher authorities are investigating and they will naturally have a fair and just response.”