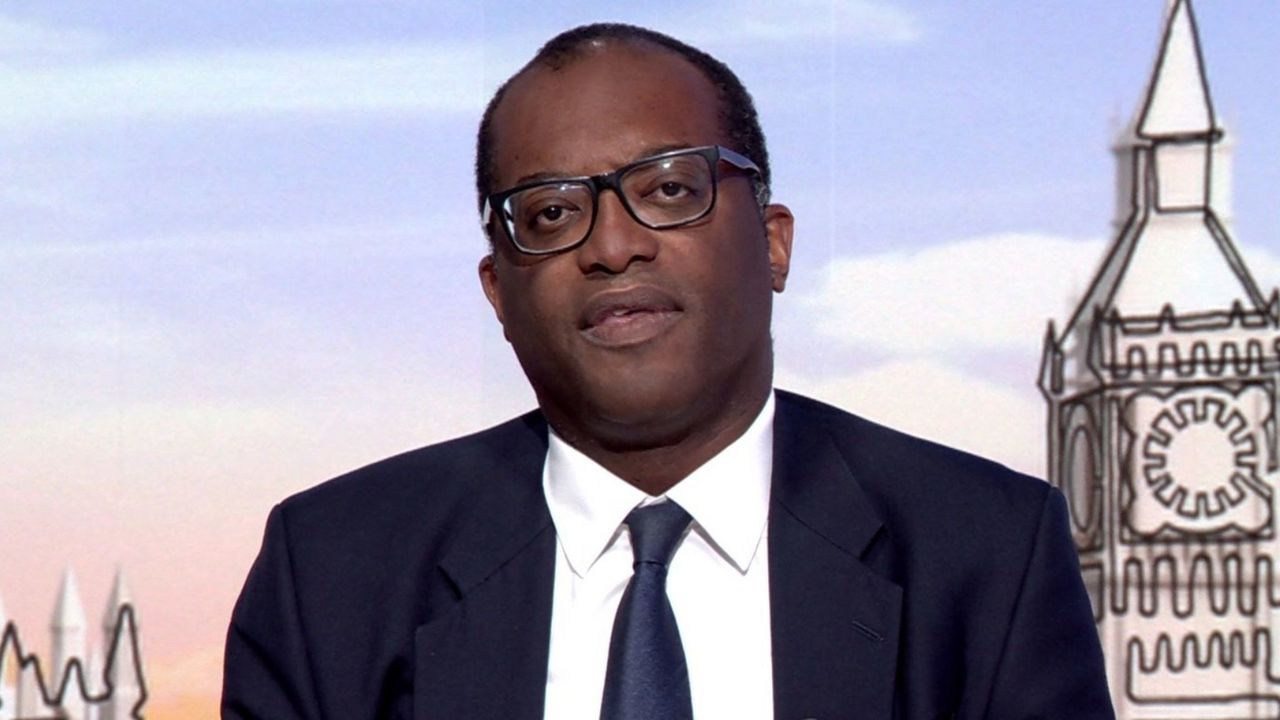 Chancellor Kwasi Kwarteng has said he wants to keep cutting taxes as part of an effort to boost UK economic growth.

After announcing a massive shake-up of taxation on Friday, Mr Kwarteng told the BBC there was "more to come".

The government wants to bolster the economy amid concerns the UK may already be in recession.

Ministers also plan to allow more migrant workers in some sectors as part of its growth strategy - in order to address labour shortages.

A government source told the BBC ministers would set out plans to change migration rules before the end of the year.

Mr Kwarteng announced the biggest package of tax cuts in 50 years on Friday, which included scrapping the top rate of income tax.

The move drew criticism from Labour, which said the tax cuts would benefit the richest.

Many investors were also concerned about the package, with the pound sinking against the dollar to fresh 37-year lows, and UK-listed stocks falling.

But on Sunday, Mr Kwarteng denied the measures helped the rich more, and suggested further tax cuts were on the cards.

"I want to see over the next year, people retain more of their income, because I believe it's the British people that are going to drive this economy," he said.

In its growth plan, the government said it had an "ambitious" programme to boost the economy which would include a review of the tax system to make it "simpler".

But former Conservative chancellor, Lord Kenneth Clarke, said the plan risked driving up inflation without helping the economy to grow.

Speaking to BBC Radio 4's the World this Weekend programme, Lord Clarke said he did not accept the premise "that you make tax cuts for the wealthiest 5%, and it makes them work so much harder, and rush to invest, and it pays for itself or even attracts investment into the country".

"I'm afraid that's the kind of thing that's usually tried in Latin American countries without success," he said. "If it was so simple, we would have got rid of taxes altogether some time ago."

"What the increased spending power that you give to the better-off 5% is going to do, is run the risk of further stimulating inflation. And we're going into a serious inflationary recession this winter."

The source said: "We need to put measures in place so that we have the right skills that the economy, including the rural economy, needs to stimulate growth.

"That will involve increasing numbers in some areas and decreasing in others.

"As the prime minister has made clear, we also want to see people who are economically inactive get back into work."

Businesses have been asking for more visas for skilled workers to plug gaps in the UK workforce.

The shortage occupation list is expected to be expanded to help firms recruit overseas workers to deal with labour shortages.

The government is also looking at lifting the cap on seasonal workers, according to reports.

During her Conservative leadership campaign, Prime Minister Liz Truss said she would tackle farming labour shortages - partly caused by post-Brexit freedom of movement restrictions and exacerbated by the Covid pandemic - with a short-term expansion to the seasonal workers scheme.

Chancellor Kwasi Kwarteng: "What I'm focused on, is tax cuts across the board"