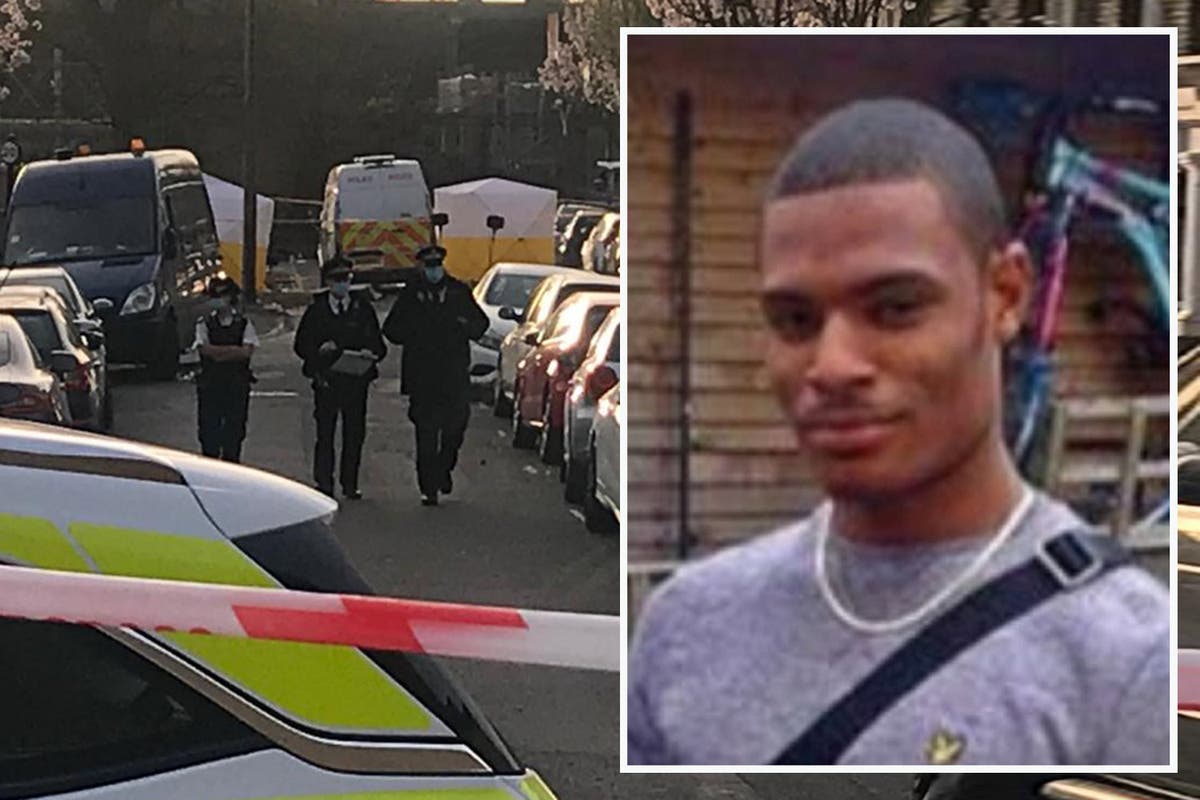 Today we start the first in a series of reports looking at the Mayor’s record on key issues. In the first of three pieces examining crime, Martin Bentham looks at violence in capital

When 18-year-old Hussain Chaudhry was stabbed to death in Walthamstow last month he became the ninth teenager to die in a knife attack in London this year.

That’s already more than half the 15 who were killed in similar manner in 2020 and a rate of killing that, if continued, will take this year’s total well past the 26 teenage homicides of 2019.

The stabbing of Reece Young, 23, in Croydon on Tuesday is the 30th killing investigation launched by the Met.

They’re depressing figures, and although murder rates are not the only measure of Sadiq Khan’s success or failure in his job of making London a safer place, they’re also not the only disappointing statistics from his time.

Knife crime overall for example has been at or near record levels for much of his mayoralty with around 15,000 offences per year, until a slight dip since the Covid lockdowns helped bring street crime down.

The comparison between the tally of 15,928 knife crimes recorded by the Office for National Statistics for the year to the end of March 2020, the last period before the coronavirus restrictions kicked in, with the figure of 9,752 offences for the 12 months to the start of April 2016, the final phase of Boris Johnson’s stay in City Hall and just before Mr Khan took over, makes uncomfortable reading.

Rape prosecutions have slumped too, while the Mayor’s recent admission during an interview on LBC that London isn’t safe for women prompted the immediate questions of why not and whether he should have been doing more to tackle the problems highlighted by the Sarah Everard case.

Even his approach to the vigil for Ms Everard has raised doubts about Mr Khan’s approach with his loud condemnation of police tactics after the event went wrong in contrast to his apparent silence beforehand. His judgment has been made to look even worse by the rebuke from the police watchdog, which backed the Met’s actions and denounced prominent critics.

It’s a powerful charge sheet for his opponents to use against him, but one that Mr Khan contests as he uses the Blairite mantra of being “tough on violent crime and tough on its causes” to fight for a second term. He has repeatedly blamed many of London’s difficulties on the legacy of austerity and the impact that reduced funding has had on youth services and the most disadvantaged.

The Mayor claims credit for an overhaul of the Met’s controversial “gangs matrix” to stop young Londoners, many of them black, being either put on the database in the first place or kept on it too long with damaging consequences for their futures. A target for the force to have 40 per cent of new recruits from ethnic minority backgrounds by next year has also been set.

Although his supporters concede that crime has gone up during his tenure by six per cent, they point out that gun offending is down 15 per cent since May 2016, burglary down 12 per cent, and moped muggings nearly a third lower.

What then do others make of Mr Khan’s record? One criminal justice source said that assessing Mr Khan’s record on crime is “far from straightforward” because police have operational independence and receive much of their funding from the Home Office, while offending patterns are influenced by factors such as drugs supply.

But the source suggested that despite these caveats, the main problem appeared to be that Mr Khan lacked conviction and had instead “spent much of his term of office responding to events and the public mood, rather than leading from the front”.

“Last year, after protests in London over George Floyd, he appeared to flip-flop again, drawing up plans to ‘address community concerns about the disproportionate use of certain police powers affecting black Londoners’. It makes it hard to know what he really believes.”

Caroline Pidgeon, a Lib-Dem London Assembly member, is surprised that the Mayor did not seek to restrain the Met’s use of facial recognition or spit guards, given his background as a human rights lawyer, and thinks the reason is that he’s not as interested in criminal justice as other parts of his portfolio.

“The areas that I am concerned about — sex offences, domestic abuse, violence against women, child abuse and sexual exploitation, those numbers continue to rise,” she says. “I’m not sure the Mayor has a grip on pushing the Met to make sure resources are in the right place.”

Polls show that despite such criticisms, Londoners think Mr Khan has better ideas on crime than Tory Shaun Bailey, and that he is heading for a second term. Mr Khan said “keeping Londoners safe has always been my top priority”, and promised to invest in more police and youth services and stand up to any cuts.

“My strategy is to be both tough on crime and tough on the complex causes of crime,” he said.

“If I’m re-elected on 6 May I will continue to invest in more police officers and youth services and stand up against the Government’s repeated attempts to cut police and youth budgets.”

On crime, his record suggests there’s very much a job still to be done.

HOW THE PARTIES SQUARE UP

The incumbent mayor has said he will be “tough on crime and tough on the causes of crime”.

He has pledged to invest more money in community and sports projects aimed at young people who are at risk of getting caught up in crime and continue his £45million Young Londoners Fund, which he started in 2018. He has promised 1,300 more officers on London streets, paid for by a 26p a week council tax hike, and to campaign against any central Government cuts to policing.

Mr Bailey has said he wants to “put pressure on criminals rather than communities”.

The Conservative candidate has promised to use Home Office funding and long term savings at City Hall to hire 8,000 new police officers. He wants to install “high-tech scanners” in the capital to find concealed knives. Using revenue from the Mayor’s Infrastructure Levy he has also vowed to reopen all 38 police stations shut during Mr Khan’s tenure.

The Lib Dem candidate has said she wants to “get the police back to being a service, not a force”.

She has pledged to “restore community policing” by increasing the number of local ward officers in the capital. Porritt has said stopping police station closures and reopening the most viable stations is a key to a safer capital. More than 100 London station front counters have been closed since 2012 and over 30 station buildings have been sold off. The Lib Dems also want to set up a London-wide youth service to help coordinate school activities for young people and give them support to escape violence.

The Green candidate has said she wants to “save officers time for things that really improve public safety” by deprioritising the policing of cannabis.

The Green Party, which has campaigned for the decriminalisation and regulation of all drugs, has vowed to put an immediate stop to officers using just the smell of cannabis to justify stop and search.

Berry has said she wants to provide heroin prescribing and free drug safety testing, explore the possibility of opening safe drug consumption rooms and divert drug users from the justice system and into support services. She has also promised to set up a specialised crime unit to protect London’s wild spaces.