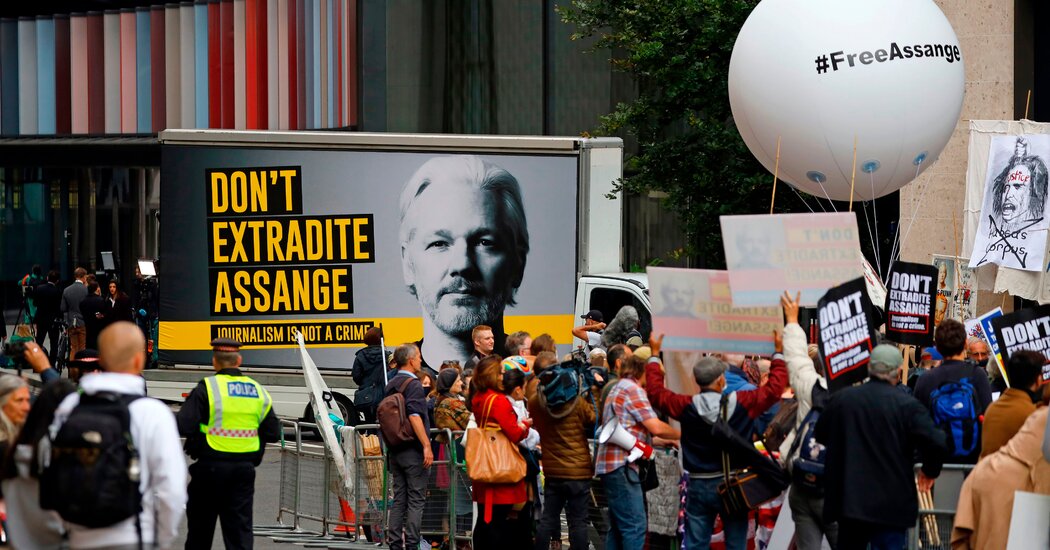 The case against the WikiLeaks founder, who is accused of obtaining and publishing secret military and diplomatic documents, was delayed in February because of the coronavirus pandemic.

Julian Assange, the embattled founder of WikiLeaks, made his first appearance in a London court in months on Monday, as an evidentiary hearing began in his U.S. extradition case, a crucial moment in a prolonged legal struggle that has spanned a decade.

In the hearings, Mr. Assange and his lawyers will argue against his extradition on the American charges, which accuse Mr. Assange of violating the Espionage Act. The charges stem from the publishing of secret military and diplomatic documents by WikiLeaks in 2010.

The proceedings, which are expected to last until early October, had been delayed for months because of the coronavirus pandemic. Mr. Assange, 49, last appeared in a London courtroom in February, before the hearing was pushed back.

On Monday, Mr. Assange, cleanshaven and wearing a dark suit and a light shirt, appeared at the Central Criminal Court, known as the Old Bailey, in central London. His lawyers said that it was the first time they had seen him in person in six months. When asked whether he would consent to be extradited to the United States, Mr. Assange replied simply, “No.”

His lawyers have framed the case as politically motivated, stating in court documents that Mr. Assange would be unable to receive a fair trial in the United States.

Mr. Assange was arrested in London last year when Ecuador abruptly revoked his asylum and expelled him from its embassy there after he had spent seven years holed up in the building.

The U.S. charges allege that Mr. Assange conspired with Chelsea Manning, a former Army intelligence analyst, to hack into a Pentagon computer network, and that he then began publishing the secret documents.

Ms. Manning was convicted at a court-martial in 2013 of leaking the files. Mr. Assange was eventually indicted by the United States on 17 counts of violating the Espionage Act for his alleged role in soliciting, obtaining, and sometimes publishing material that the U.S. government deemed to be classified - all actions that reporters covering national security issues do routinely.

From the start, the charges against Mr. Assange have raised profound First Amendment issues because his actions are difficult to distinguish in a legally meaningful way from those of traditional news organizations. It would be unprecedented in American law for such activity to result in criminal convictions, so press freedom advocates have denounced the charges against him and have been watching the case closely.

In June, the Department of Justice announced a new indictment to supersede the charges against Mr. Assange, expanding the allegations that he had conspired with members of hacking organizations and had sought to recruit programmers to release classified information to WikiLeaks. Mr. Assange faces up to 175 years in prison if found guilty on all counts. 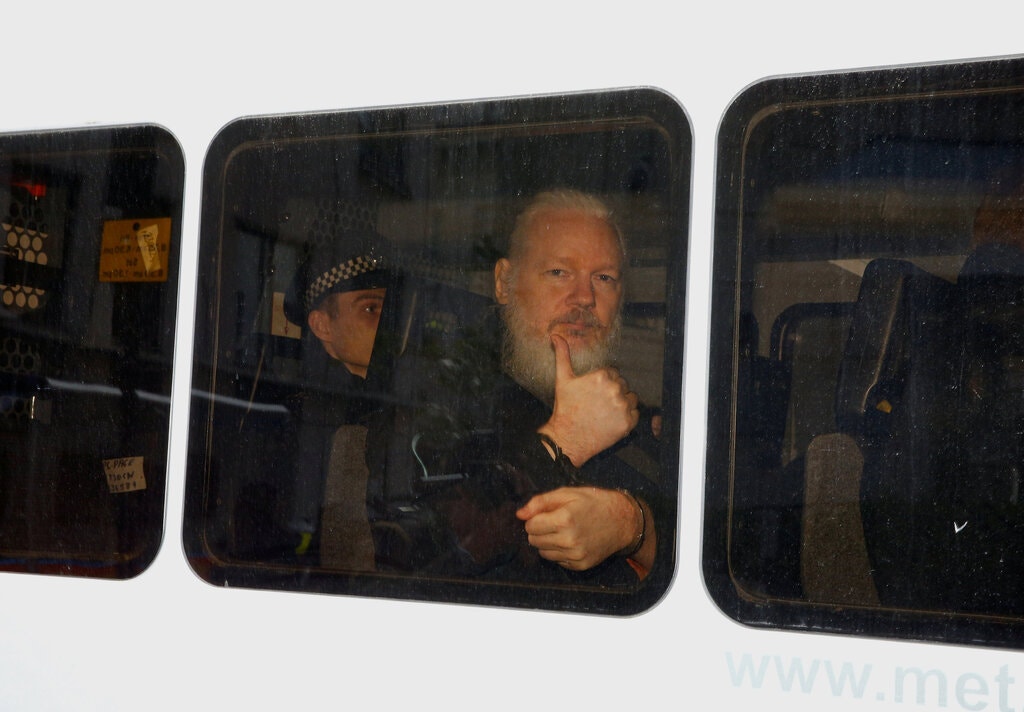 Mr. Assange in a police van after he was arrested by the British police at the Ecuadorean Embassy in London in 2019.

During Monday’s hearing, Mark Summers, a lawyer for Mr. Assange, called the change “fundamentally unfair,” and cited it as a reason to adjourn the hearing until January. But the judge said the hearing would proceed.

On Monday, the defense called its first witness, Mark Feldstein, a professor at the University of Maryland and a former investigative reporter, who appeared by video link.

He testified that the passing of leaked, classified information to news organizations in the United States was common, saying that “some of the most respected journalists in the nation” had made a career out of receiving leaked information.

“Its routine, every government study in the last 60 years has said that it is widespread, and these leaks, they shed light on decision making by the government,” Mr. Feldstein said, noting that they have also “exposed government deceit” and “go back to George Washington’s presidency.”

Mr. Feldstein also said that U.S. authorities had not pursued charges against publishers of leaked information “because of fear of running afoul of the free press clause in the Constitution.”

Mr. Feldstein’s testimony was cut short by technical difficulties, so it will continue later in the week, when additional witnesses are expected to be called.

The street outside the central London court was crowded on Monday with dozens of supporters banging drums and waving signs with messages including “Don’t Extradite Assange” and “Free Assange.”

Vivienne Westwood, a British fashion designer who has long been an outspoken supporter of Mr. Assange, was also in attendance, wearing a soccer jersey and cleats.

“For 10 years, the courts have been playing football with Julian’s head,” Ms. Westwood said. “Sweden and the U.K. have been gaming the law, moving the goal posts, holding Julian Assange for America for 10 years, waiting for America to get its act together.”

Mr. Assange’s father, John Shipton, also spoke to reporters outside the courtroom, demanding that the extradition to the United States be blocked.

“The administration of justice here is enfeebled,” he said, criticizing Britain for its cooperation with the American extradition attempt. “We insist upon the fair administration of law, and we insist that our national boundaries be respected, and that will save Julian.”