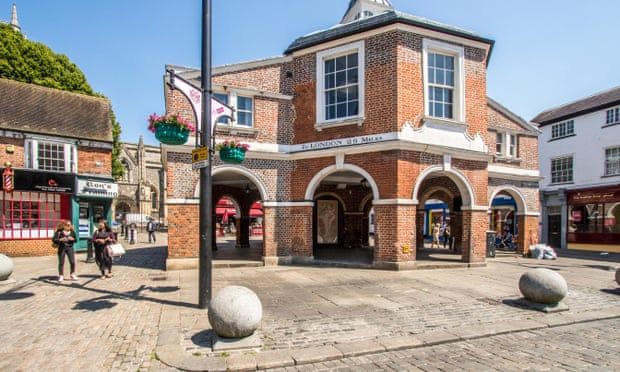 Boris Johnson faces another backbench rebellion over the Treasury’s spending this autumn, as a high-profile Tory MP hit out at “intolerable” levels of hunger and poverty in his affluent home counties constituency, and urged ministers to abandon plans to cut universal credit.

Steve Baker, a leading Brexiter and MP for Wycombe in Buckinghamshire, called on ministers not to ignore the cost of living crisis faced by people “in real trouble” in constituencies like his who had been “tipped over the edge” financially by the pandemic.

Work and pensions minister, Thérèse Coffey, has confirmed that the pandemic universal credit uplift of £20 a week will be withdrawn as planned at the end of September.

Coffey was known to have been uneasy about the end of the uplift and lobbied for its extension to September, but is now believed to be resigned that Boris Johnson and Rishi Sunak are opposed to any extension.

The Guardian understands a number of compromise solutions – including those that would more directly target children in poverty – have been floated but the Treasury has made clear to multiple departments that spending plans must be met with tax rises.

Baker said retaining the £20 uplift “wasn’t enough” and that universal credit should be overhauled to remove the requirement that new claimants wait a minimum of five weeks for a first payment, a measure blamed for pushing people into debt.

Six Conservatives – including the chair of the education select committee, Rob Halfon – have rebelled on the issue after Labour forced a vote in January before the extension was announced.

Labour is looking to test Conservative support for the cuts again when parliament returns, including the possibility of forcing a vote, according to party sources.

One cabinet source said they expected opposition to grow in the autumn, but said there was “no appetite” from the Treasury for the uplift to continue. “The message is very much that the focus is work and job support,” the source said.

Baker’s comments came after Wycombe was identified as having the UK’s highest levels of food insecurity by a Sheffield University study. Roughly 14% of residents reported going hungry in January and February, while a third struggled to afford food. 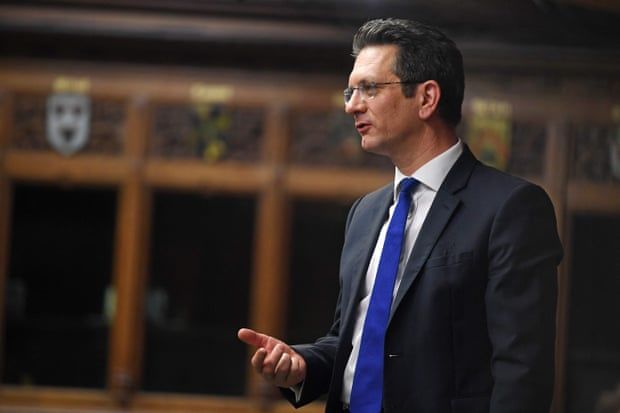 Steve Baker, Conservative MP for Wycombe, said: ‘This alarming report is a wake-up call for minister.’

“This alarming report is a wake-up call for ministers,” he told the Guardian. He said he was not surprised by its findings. “I have told colleagues time and again during my time in parliament that poverty extends into my constituency in south Buckinghamshire.”

Many of his constituents had endured the pressure of low pay, high housing costs, and debt before being pushed into deeper trouble by coronavirus. “It is obviously intolerable anyone should be going hungry anywhere in the UK,” he added.

Such evidence of the cost of living crisis in the “blue wall” southern England Tory heartland area will create more nervousness among a party already spooked by the shock byelection loss in June in neighbouring Amersham and Chesham.

The payment boost, in place since April 2020, was intended as a temporary measure, but campaigners and MPs have urged that it be retained.

“As soon as this report came out I raised it with ministers,” said Baker. “I’m determined to get to the heart of this problem and lean into it so that I can say to ministers: ‘We have to look at the individual and the ward level where poverty is’, and that we don’t keep ignoring people in real trouble in places like Wycombe.”

“I have always believed, with [former Tory welfare secretary] Iain Duncan Smith, that more money should go into universal credit,” he said. “What I am absolutely clear about is when people are in poverty, we spend an enormous amount through the welfare state and it should clearly help them, and it clearly isn’t.”

He dismissed criticism from local opposition politicians and activists unhappy that he has supported cuts to social security in the past and had voted with the government last year to oppose proposals to extend support for the families of children on free school meals.

He said: “I’m not going to sit here today and go through a whole list of things, difficult decisions made over 11 years in parliament and start reversing them. But I am going to say when people go on to universal credit they should just get paid immediately, and there should be no question of clawing it back. 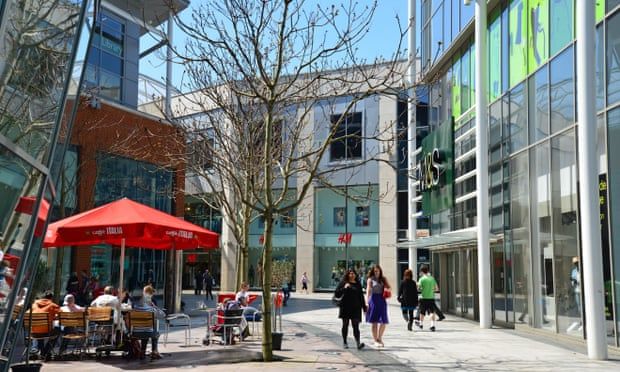 Eden Shopping Centre, High Wycombe. Wycombe, a generally affluent mix of urban town and semi-rural villages, is ranked 281 out of 317 in the index of deprivation in England.

“There should be more money going into universal credit to make sure that not only can people live on it but they can get the benefits of increasing work. That’s why I want to lean into this story. It should highlight to everyone that even a place like Wycombe knows that we have just got to do more to break these cycles of poverty.”

But he added that his worries over levels of government borrowing meant that he was unlikely to rebel in parliamentary votes on financial matters.

The Sheffield findings suggest the impact on living standards goes way beyond traditionally deprived areas, with groups of so-called “newly hungry” people who are normally comfortably off, in relatively affluent areas, struggling to pay rent and bills, and having to cut back on food or use food banks.

Wycombe, a generally affluent mix of urban town and semi-rural villages is ranked 281 out of 317 in the index of deprivation in England. However, thousands of its residents are furloughed or on universal credit as a result of the Covid crisis, leaving many struggling to manage high rents and living costs.

The One Can Trust food bank in Wycombe experienced a 350% rise in demand for food parcels over the pandemic. It said the Sheffield study had exposed the scale of hardship in the area. “For some [people] it is a transitory problem and sadly for many, living in poverty is a permanent situation.”

Khalil Ahmed, the former Labour candidate for Wycombe, accused Baker of doing “too little, too late” to address problems of poverty and food insecurity that had been in existence for years. “Steve Baker was part of the problem – and now he’s presenting himself as part of the solution,” he said.

A government spokesperson said: “Universal credit has provided a vital safety net for 6 million people during the pandemic, and we announced the temporary uplift as part of a £400bn package of measures put in place that will last well beyond the end of the roadmap.

“Our focus now is on our multi-billion pound Plan for Jobs, which will support people in the long-term by helping them learn new skills and increase their hours or find new work.”