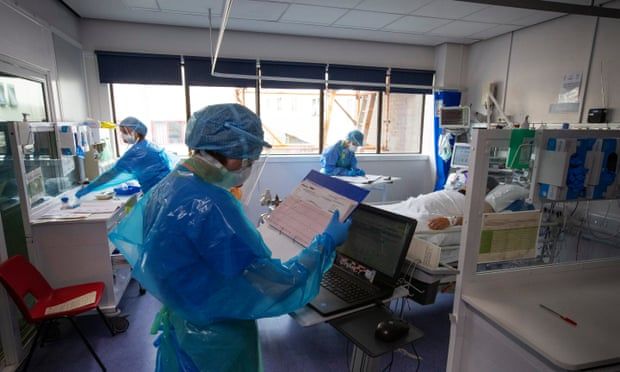 Campaigners say they will seek judicial review amid fears delay could lead to loss of evidence
Boris Johnson is facing possible legal action over a delay to the start of the Covid-19 public inquiry, which campaigners fear could lead to evidence being destroyed.

The prime minister pledged in parliament that the statutory inquiry into the UK’s handling of the pandemic, which has so far resulted in 196,977 fatalities with Covid on the death certificate, would begin by spring. But Downing Street has yet to finalise the terms of reference.

The Covid-19 Bereaved Families for Justice group said it will seek a judicial review of the delay which it fears could result in the loss of key documents. The inquiry is to examine everything from the devastating impact of the virus in care homes to the government’s application of lockdowns.

“In the vast majority of inquiries a setting up date is given within days or weeks of the chair being appointed, so this delay of over six months is both unprecedented and totally inexplicable,” said Elkan Abrahamson, head of major inquiries at law firm Broudie Jackson Canter which is advising the campaign.

The hearings are expected to be politically embarrassing for the government and likely to renew debate about lockdown breaking in Downing Street and drill into policies such as infection control in care homes, which the high court has already ruled was unlawful and “irrational”.

In December 2021 he appointed Lady Hallett to chair the inquiry. The Covid-19 bereaved group believes the delay in starting the inquiry of over six months since then is a breach of the Inquiries Act which states requires an inquiry to be set up in a “reasonable time” after appointing the chair.

It is an offence under the act to destroy or tamper with evidence, but only after the inquiry’s setting up date. Bereaved families are “deeply concerned [the delay] could have sinister ramifications, with evidence being deliberately destroyed.”

Jo Goodman, co-founder of Covid-19 Bereaved Families for Justice said: “These delays slow down how quickly we can learn lessons from the pandemic and could cost lives, so why is the prime minister endlessly wasting time? He could set the inquiry up and get the process moving with the stroke of a pen.”

A sticking point appears to be the inquiry’s range. Six weeks ago, Hallett called for its scope to be widened to consider the pandemic’s unequal impact on minority ethnic people, on children and on mental health. She urged Johnson to accept the changes “swiftly” to allow the inquiry to start “without delay”.

Campaigners had complained the original terms of reference proposed by Downing Street were “bizarrely silent” on the impact on people’s mental health, and former children’s commissioners said the draft terms would “brush the burden shouldered by children under the carpet”.

The inquiry will cover preparations and the response to the pandemic in England, Wales, Scotland and Northern Ireland but is seeking to avoid duplication with other inquiries in the devolved administrations.

Last week, the Scottish government described the consultation as “ongoing”.

A government spokesperson said: “In accordance with the Inquiries Act, the prime minister has consulted the devolved administrations and is now finalising the terms of reference. These will be published shortly.”

The devolved administrations responded to the consultation over a week ago, the Guardian understands. The inquiry team declined to comment.
#Boris Johnson  #COVID-19  #Johnson  #Covid
Add Comment