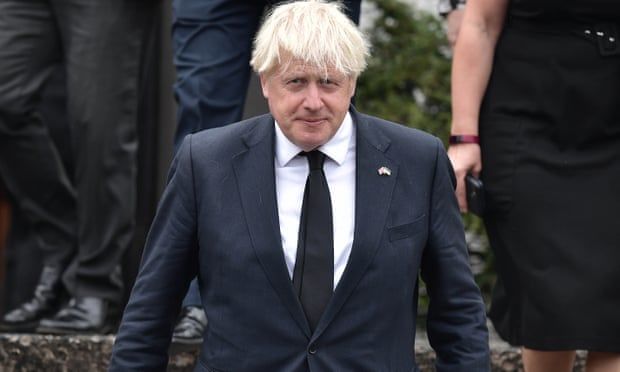 Boris Johnson has been accused by business leaders of allowing a “summer of drift” to take hold, after he ruled out new cost of living measures until a new prime minister is in place.

The prime minister’s official spokesperson said there were no plans for a Cobra meeting to address the cost of living crisis, and it would be for either Liz Truss or Rishi Sunak to work out a plan for dealing with the economic situation when the new prime minister is in post in a month’s time.

Downing Street said the “bigger challenges” for family budgets “are coming towards the end of the year” and this would be a matter for either Truss or Sunak to decide whether to take action to help.

However, the CBI, Britain’s biggest business group, called on the prime minister to take immediate action, bringing together the leadership candidates to agree a way forward to support struggling households.

Tony Danker, the CBI director general, urged Johnson to direct the cabinet secretary to prepare a package of choices that can be proposed to the leadership candidates now on how to support the most vulnerable people and firms through the autumn and winter, and to keep making the decisions and delivering to help build business confidence over the next four weeks.

“The economic situation people and businesses are facing requires all hands to the pump this summer. We simply cannot afford a summer of government inactivity while the leadership contest plays out followed by a slow start from a new prime minister and cabinet,” Danker said.

Energy bills are due to rise in the autumn and will have potentially trebled since 2019 to £3,600 by January. In addition, families are also facing inflation forecast to rise to up to 13% in October and mortgage bills going up due to the interest rate rise to 1.75%.

Johnson declined the former Labour prime minister Gordon Brown’s suggestion of a cost of living summit between No 10, Truss and Sunak as he returned from a holiday in Slovenia. No 10 refused to say who had paid for the prime minister’s break.

The spokesperson said Johnson was due to speak to Nadhim Zahawi, the chancellor, later this week to make sure support coming later this year was “on track”, but insisted it would be inappropriate for him to take on major financial challenges.

“Clearly these global pressures mean challenging times for the public. The government recognised that the end of the year will present wider challenges with things like changes to the [energy] price cap,” the spokesperson said.

“That is why, at the start of the summer, we introduced a number of measures to help the public. Clearly some of the global pressures have increased since that was announced.

“By convention it is not for this prime minister to make major fiscal interventions during this period. It will be for a future prime minister.”

The government’s energy bills support scheme provides a £400 discount on bills spread over six months from October for every household, a £650 means-tested one-off payment to 8 million low-income households, £150 for those on disability benefits and £300 for pensioners. This was designed when the forecast for the October price cap was £2,800.

However, it is now forecast to rise to £3,600 by January, leaving many families wondering how they will cope.

Rachel Reeves, the shadow chancellor, said: “People are worried sick about how they’ll pay their bills and do their weekly food shop, and all this Tory prime minister does is shrug his shoulders. An economic crisis like this requires strong leadership and urgent action – but instead we have a Tory party that’s lost control and are stuck with two continuity candidates who can only offer more of the same.

“Labour would start by scrapping tax breaks on oil and gas producers and providing more help to people who are struggling to pay their energy bills. Only a Labour government can tackle this crisis and deliver the stronger, more-secure economy that Britain needs.”