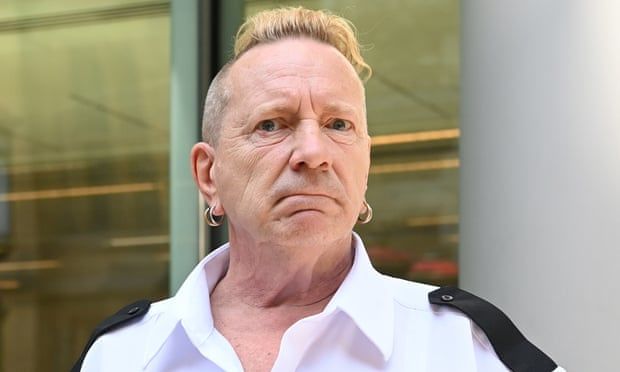 Punk frontman, who lost case against bandmates over use of music in TV series, says he fears band’s legacy may be ‘watered down’

In a new written statement, John Lydon has responded with worry and dismay after losing a court case over the use of music by the Sex Pistols in an upcoming TV series, directed by Danny Boyle.

Lydon, known as Johnny Rotten during his time fronting the punk band, had been sued by drummer Paul Cook and guitarist Steve Jones after Lydon prevented the use of Pistols songs in the series Pistol. Lydon lost the case, with a judge ruling that Jones and Cook were allowed to overrule him using a majority rule created in the terms of a band agreement.

Lydon had claimed he wasn’t aware of the extent of the agreement, but judge Sir Anthony Mann said: “I reject the suggestion made by him that he did not really know or appreciate its effect. That piece of evidence was a convenient contrivance. It is highly likely that, even if he did not read it himself, it will have been explained to him and he will have understood its effects.”

A statement has now been published on Lydon’s website. It claims that Lydon was only made aware of the announcement of Pistol hours before it was made, and was not made aware of how the band would be portrayed in it. The statement continues:

"For more than 23 years the Sex Pistols have operated on the basis of unanimous decision making. The Disney production is the first time that the unanimous approach has been ignored. It is disappointing that a High Court judge has decided that John Lydon is bound by an undated agreement signed in 1998, which imposes on the Sex Pistols a majority rule arrangement in place of the unanimous decision making process that has been followed for 23 years. Looking forward, there is great uncertainty about what the majority rule approach might do to water down and distort the true history and legacy of the Sex Pistols. Time will tell.

Lydon also made direct comments, saying that the court decision was “so destructive to what the band is and so I fear that the whole project might be extremely negative. How can anyone think that this can proceed without consulting me and deal with my personal life in this, and my issues in this, without any meaningful contact with me before the project is announced to the world.”

Pistol is based on Steve Jones’s memoir Lonely Boy: Tales from a Sex Pistol. Filming began in March, and no transmission date has yet been announced.

Jones and Cook had said in a joint statement immediately following the ruling in their favour: “We welcome the courts ruling in this case. It brings clarity to our decision making and upholds the band members’ agreement on collective decision making. It has not been a pleasant experience, but we believe it was necessary to allow us to move forward and hopefully work together in the future with better relations.”