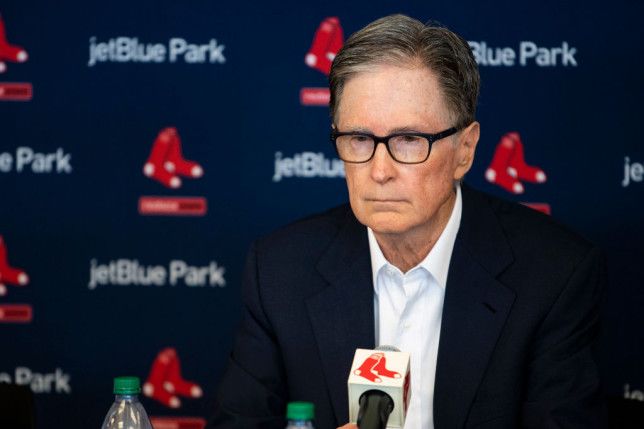 A bid from the Middle East was submitted to the owners before news broke of the club’s involvement in the failed European Super League.

But John Henry knocked back the bid, according to the Mirror.

FSG are now under pressure to sell the club after signing up to the ESL, which has sparked an angry backlash from fans.

Other potential buyers – the majority of whom are from the Middle East – are ready to pounce if they decide to sell up.

But it would cost more than an eye-watering £3bn to convince them to move on. 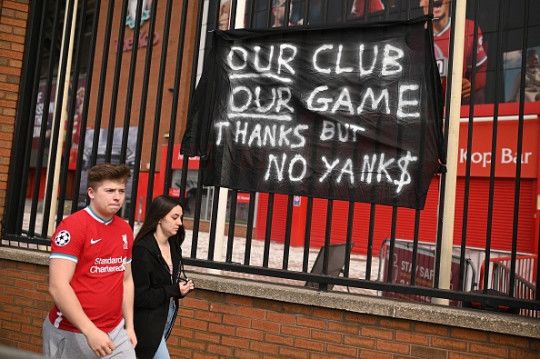 Liverpool fans have made their feelings known

FSG bought the club for around £300million in 2010 and have overseen Liverpool’s first Premier League title win, as well as a Champions League triumph under Jurgen Klopp.

The value of the club has rocketed since then. They recently sold a 10% stake to RedBird Capital for £543m.

Any sale would see them make a huge profit, although they are not thought to be willing to sell just yet.

However, that could change amid the ongoing backlash from the ESL fallout.

Henry’s public apology has done little to appease fans and club legend Jamie Carragher suggested there may be no way back for FSG.

‘I don’t see where they go from here, the owners. They apologised – that may make a difference but I even think long term it will be really difficult for them,’ Carragher told BBC Radio Merseyside.

‘Time is a great healer, we all know that, and they (FSG) have done good things at the club, I don’t forget that – the ownership which brought in Jurgen Klopp, you think of the new Main Stand, the training ground.

‘They have made mistakes along the way, but this being the biggest one. It’s just whether supporters can ever forgive them for it. I think it will take a very long time for this to heal.’