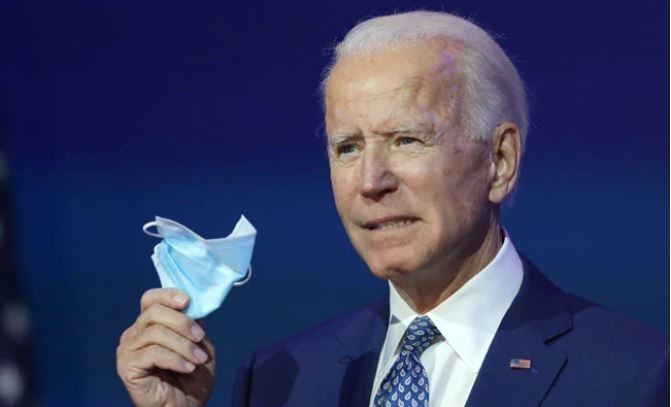 The US has seen over 100,000 new cases daily for the past nine straight days and averaging over 1,000 deaths a day for the past six consecutive days.

President-elect Joe Biden's top coronavirus adviser said on Friday there were no plans for a wholesale nationwide lockdown to curb the surging coronavirus as three US West Coast states jointly called for a halt in non-essential travel.

The joint advisory from California, Oregon and Washington, urging residents to avoid venturing out of state came as health experts voiced concerns that the coming holiday travel season would accelerate already alarming spikes in COVID-19 infections and hospitalizations.

Oregon Governor Kate Brown took the additional step of ordering social gatherings limited to no more than six people, effective immediately, a restriction she said she was prepared to enforce.

"I am not asking you, I am telling you, to stop your social gatherings ... and your house parties and to limit your social interactions to six and under, not more than one household," Brown said.

The increasingly dire situation has prompted a growing list of state and local governments to re-impose restrictions they eased during a summertime ebb in COVID-19 outbreaks.

The governors of six states in the Northeast, the region hit hardest in the early months of the pandemic, plan an emergency meeting this weekend to coordinate responses, New York Governor Andrew Cuomo said.

The country's patchwork of measures will likely remain intact after Biden is inaugurated on January 20 following his election defeat of Republican President Donald Trump, the head of the Democrat's coronavirus advisory board said.

"We're not in a place where we're saying shut the whole country down," Dr. Vivek Murthy, a former US surgeon general, told ABC's 'Good Morning America.'

"Right now the way we should be thinking about this is more like a series of restrictions that we dial up or down depending on how bad a spread is taking place in a specific region," he said.

Murthy's comments were a sharp rebuttal to Trump's repeated campaign assertions that Biden was intent on locking down the country if he were elected president.

Medical experts point to increased indoor gatherings with the onset of winter, along with lapses in social distancing and mask-wearing habits, as the main factors stoking an ominous nationwide surge in coronavirus transmissions and the rate of COVID-19 tests coming back positive.

The mounting caseload is starting to strain the resources of some hospitals and is on track to push many to the brink, they warn.

"I'm 100 per cent worried about the holidays," Dr. Khalilah Gates, a pulmonary specialist at Northwestern Memorial Hospital in Chicago, told Reuters on Friday. "We don't have an endless ability to surge."

Announcing the West Coast travel advisory, California Health and Human Services Secretary Dr. Mark Ghaly said a strict mandate was ruled out over concerns that "COVID fatigue" might spark a backlash, leading people to behave in ways that are less safe.

The advisory urges individuals entering or returning to the three states to self-quarantine for 14 days, the presumed incubation period for the virus.

On Thursday, California became only the second state, after Texas earlier this month, to see its tally of confirmed infections to date top 1 million, with its daily average of new cases jumping nearly 50 per cent in the first week of November.

"This is the fastest rate of rise we have seen in California," said Dr. Erica Pan, the state's acting health officer and chief epidemiologist.

Illinois reported a record 15,433 new cases on Friday, the most of any state in a 24-hour period, surpassing the previous all-time high of 15,300 set by Florida in July.

The United States has documented more than 100,000 new COVID-19 cases daily for the past nine straight days while averaging over 1,000 deaths a day for the past six consecutive days, a trend last seen in August.

The daily caseload has more than doubled in 13 states over the past two weeks, most of them in the Midwest, according to a Reuters tally of figures from US public health agencies.

Dr. Robert Kim-Farley, an epidemiology professor at the University of California, Los Angeles, attributed some of the spikes to recent Halloween celebrations. He warned of more to come if Americans ignored advice to avoid traveling and gathering for Thanksgiving in late November and Christmas.

Chicago has urged residents to stay at home and shun visitors for the next 30 days, including Thanksgiving.

Dr. Anthony Fauci, the top US infectious disease expert serving on Trump's coronavirus task force, said he has had no contact with Biden's transition team, but his advice would be to continue social distancing, avoiding crowds, wearing masks and washing hands.

"Public health principles don't change from one month to another or from one administration to another," he said in an interview.