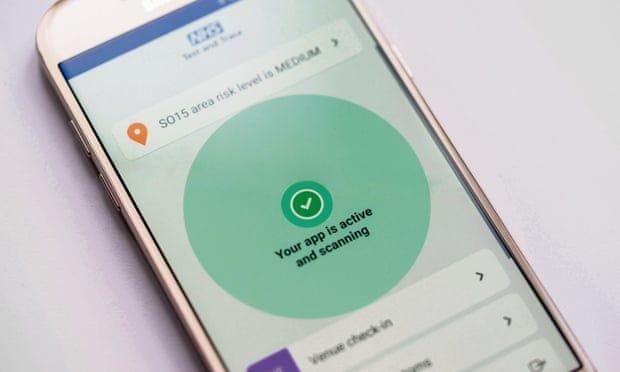 Analysis: the plan to turn down the app’s sensitivity to reduce the number of alerts it sends out makes sense

Turning down the sensitivity of the NHS Covid-19 app is ostensibly an odd proposal to fix the problem of the system telling growing numbers of people to self-isolate.

It sounds, as Keir Starmer has suggested, akin to taking the batteries out of your smoke detector because you are being kept awake by its beeping. You might solve the immediate problem, but if you do not deal with the underlying cause then you are going to have a nasty awakening.

In the week ending 30 June, more than 350,000 people in England were told by the app to self-isolate, meaning well over 10% of the alerts sent out in the history of the app were sent in those seven days. The data for the week ending 7 July will almost certainly show an increase again.

And the figures are up despite compelling evidence that use of the Covid-19 app is down. Check-ins with the app peaked in the week ending 2 June at 14.5m. Since then they have fallen to about 12.5m, which supports anecdotal reports that the number of self-isolation alerts has prompted some people to stop using the app entirely.

But the proposed solution is not necessarily as bad as it looks. The ultimate objective is not, after all, to maximise the number of alerts sent but to save lives by minimising onward exposure while trying not to force people to self-isolate unnecessarily. 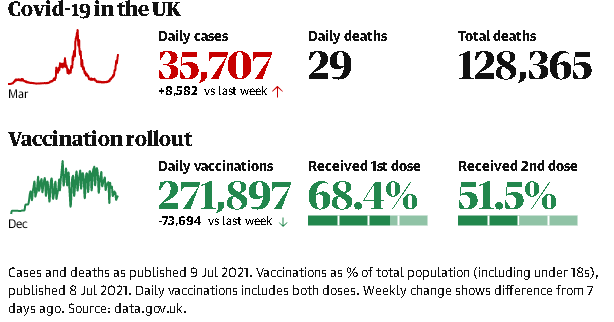 The sensitivity of the app is just one aspect of that goal, and it is not something that has been set in stone until now. In November the app’s “risk threshold” was massively increased after it became clear it had launched with a bug that prevented some alerts from being sent. It was increased again in December as England and Wales went into a tier 4 lockdown, public records show.

The app can never be perfect. It relies on the strength of a Bluetooth signal to guess at the distance between two users, and despite months of testing, fundamental problems remain. Is the signal weak because the person is far away or simply because their phone is in their back pocket and they are sitting on it? Is it strong because they are right next to you or because they are on the other side of a window from you?

The threshold is a trade-off: too high and many users will be told to self-isolate unnecessarily; too low and people who might be harbouring Covid-19 will not be warned.

But it is not the only trade-off faced by NHSX, the government unit responsible for digital transformation in health. Another is about getting people to use the app at all. A user deciding to uninstall the app because they are worried it will send false alarms is doubly harmful: not only does that user miss out on the ability to receive alerts, they also lose the ability to warn others if they have had a positive test.

Metcalfe’s law – one of the foundations of the modern world – states that the value of a network is proportional to the square of the number of users. It is the law that makes Facebook an all-powerful titan of tech, and it is the reason why keeping the Covid app installed and activated on the phones of Britons across the country is worth reducing the number of alerts it sends out.

Because, ultimately, the app does work. A study published in Nature earlier this year found that in just over three months to the end of December, the app had averted between 100,000 and 900,000 cases, probably saving thousands of lives in the process.