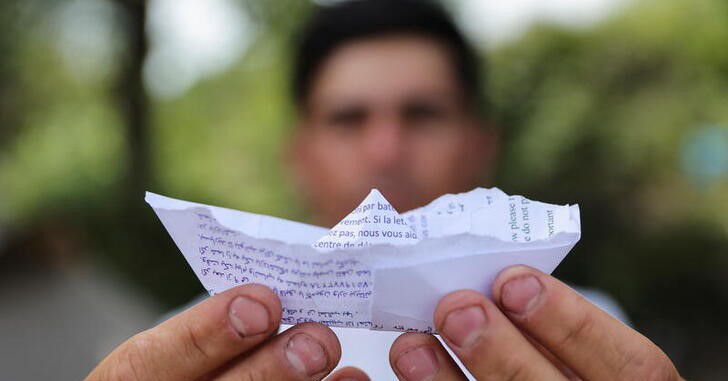 But the British government's new plan to send illegal migrants to the central African country means that, for him, crossing the English Channel has taken on the psychology of a life-or-death decision.

"I have many things to do (in England) if the people will have me," Ahmed - who declined to give his family name - told Reuters.

"If they take me to Rwanda, I will feel like I'm a dead man. Because everything, my idea that I have put in my mind, they will have destroyed it."

Ahmed is one of what aid groups estimate are hundreds of African and Middle Eastern migrants still killing time in Calais in the hope of reaching England.

He said he had been in the northern French port for seven months, having travelled through Libya, Algeria, Morocco, Spain and France since leaving his homeland four years ago.

The first British flight carrying asylum seekers to Rwanda was due to leave on Tuesday but was blocked at the last minute by the European human rights court. Prime Minister Boris Johnson said on Saturday he was confident of the legality of the plan.

His government says the new policy will stem the flow of migrants making risky trips across the Channel, but aid workers in Calais are battling hard to dilute its impact and, if possible, get it reversed.

"It's a really brutal plan. After all they've gone through to get here and get to safety, the last thing they want is to be sent back to Africa," said Briton Clare Moseley, who works for the Care4Calais charity, whose role includes informing would-be asylum seekers about their rights once they reach the UK.

"People we talk to are really frightened of it and I can't believe the UK government would do something like this."

Elsewhere in the camp, Tamim Omerzai, a 24-year old Afghan, also remains determined to reach Britain, where he has family, though his hopes are now tinged with apprehension.

"I want to go to study," he says. "I don't know if they are going to save me or send me to another country."
#Boris Johnson  #Johnson
Add Comment