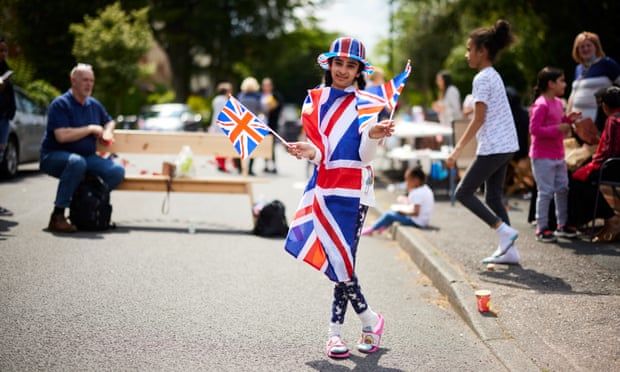 ‘It’s about the people’: communities come together for jubilee street parties

“When I woke up this morning, I thought, ‘Oh my god is anyone going to come?’,” said Annie Hobart, talking about the hastily planned jubilee street party she and neighbour, Aysha Rahman, organised just three weeks ago.

“We weren’t sure how it was going to happen, but it’s come together nicely,” said Rahman. The pair were thrilled to see so many faces at their party in Moseley, south Birmingham. “It’s really nice to see so many people here,” said Hobart.

The street party was one of 16,000 expected to be held over the jubilee bank holiday weekend, with some councils reporting record applications for road closures. While most were scheduled to take place on Saturday and Sunday, a number were kicking off earlier. 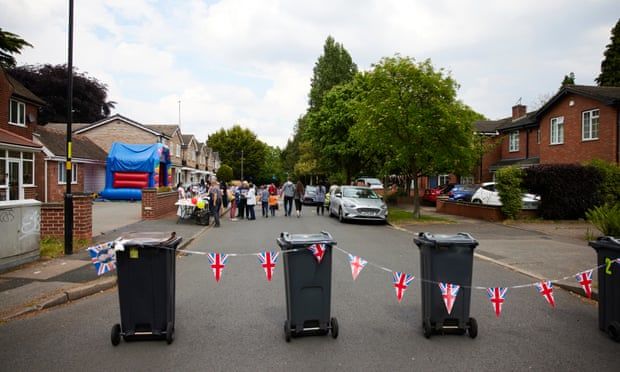 Makeshift barriers close off the road for a street party in Moseley.

On Ashbourne Road in Wolverhampton on Thursday, hairdresser, Emma Smith, stood outside her house proudly admiring the street bustling with children under rows of union jack bunting.

She similarly decided to organise the street party a few weeks ago on a whim after seeing TV coverage of the jubilee celebrations, as she felt people living on the street could do with a boost after a tough few years.

“Obviously we’ve had Covid, and our street has had a bad reputation as well,” she said, referring to a shooting on the street three years ago in which a young boy was injured. “I just thought we needed something which says this is what we’re all about, community. And the kids are loving it, they’re absolutely loving it.”

Smith said she was out at 8am getting the street ready, cleaning up broken glass and sending her son-in-law up a ladder to hang bunting from the street lights.

With the help of her neighbours Yvonne Aston and Elaine Johnson, the street was filled with activity, including a bouncy castle and penalty shoot-out for the kids, and tables of food – sausage rolls, sandwiches, chocolate biscuits.

All three have lived on the street for decades but have never seen a street party happen before. “I was a bit nervous to be honest, I wasn’t quite sure what to do, what food to make,” said Smith. “But we love the Queen, and wanted to do something for her.”

In the afternoon, the party was joined by Martin Levermore from the West Midlands Lieutenancy as a representative of the Queen.

“We’ll probably never see a platinum jubilee again, so it’s excellent to see people being part of a historic celebration,” he said. “I think we’re all going through very different times, with energy prices going up, fuel prices, food prices. And I think just seeing this and the bonding, it actually brings communities closer and closer together, which is important.” 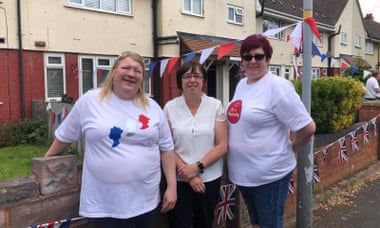 “We were totally unprofessional about it, but that’s the best part, we’ve just come together on the day,” said Shaid Malik in Moseley, who also helped get the party off the ground. “I improvised and used the wheelie bins to close off the road. We only got hold of all the tables and chairs at the 11th hour.

“But it’s about the people more than anything else.”

They also felt it was important for the children of the street to have the experience of celebrating the monarch on such a historic occasion.

“We do love the Queen, and it’s nice to come out and celebrate everything she has done for the country,” said Rahman. “We’ve been really fortunate to be reigned by such an amazing queen, with all the trials and tribulations she’s had, and how she’s kept it together.”

None of the street’s residents said they had seen the street come together like this before, but expressed hope Friday’s event could mark the start of a new tradition.

“This is just a trial, let’s see how it goes,” Hobart. “It would be really nice to do more.”