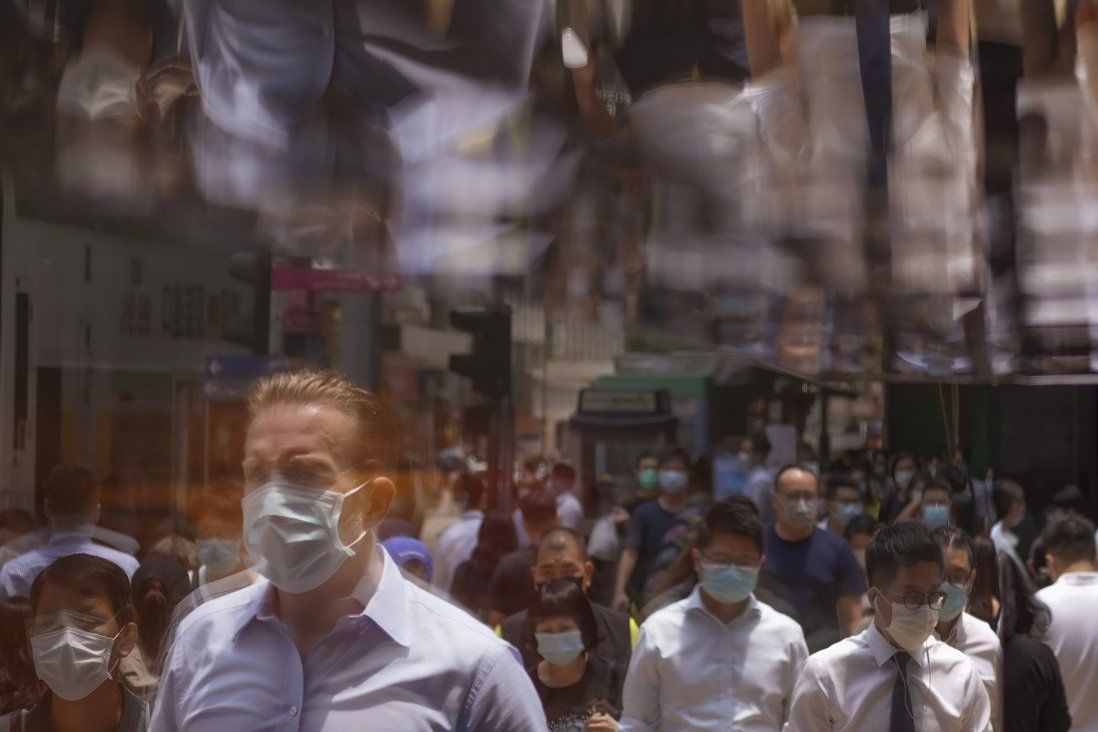 Is ‘gweilo’ offensive? Local Hongkongers, expats and experts weigh in

The word has been around since the 16th century and even expats use it, but some say it’s offensive.

Are Hongkongers being rude when they refer to expatriates as gweilo?

The term, which translates to “ghost man”, has been in use since at least the 16th century, when Chinese people in the Pearl River Delta first encountered Westerners and were struck by the pale colour of their skin.

The name stuck and remains in wide use in the city. Now, an ongoing case before the courts has put a spotlight on the word, sparking discussion on whether it is offensive.

A British engineer is seeking damages and a written apology from his former employer under the Race Discrimination Ordinance, saying he was subjected to repeated use of the word gweilo by his former colleagues.

Both expatriates and Hongkongers who spoke to the Post were split on whether the word was offensive enough for its use to be curbed.

Others pointed out that there were similar names for white foreigners across Asia.

Canadian teacher Patrick Brousseau, 39, has never forgotten the first time someone called him gweilo in an insulting way after he arrived in Hong Kong to work in 2007.

“I was in a staff meeting and an older woman was explaining a concept when she said, ‘Don‘t worry about this part, gweilo like you aren’t expected to understand’,” he said.

Another time, he tried to ask a local man to make way on an escalator, but the man responded aggressively calling him a “damned gweilo” repeatedly. They ended up hurling insults at each other.

“My experiences with the word have been negative,” he said. “While it may not be as ‘bad’ or racially charged as other epithets, it is a negative term used to describe non-Asians.”

He added that he had banned his two children and students from using the word. 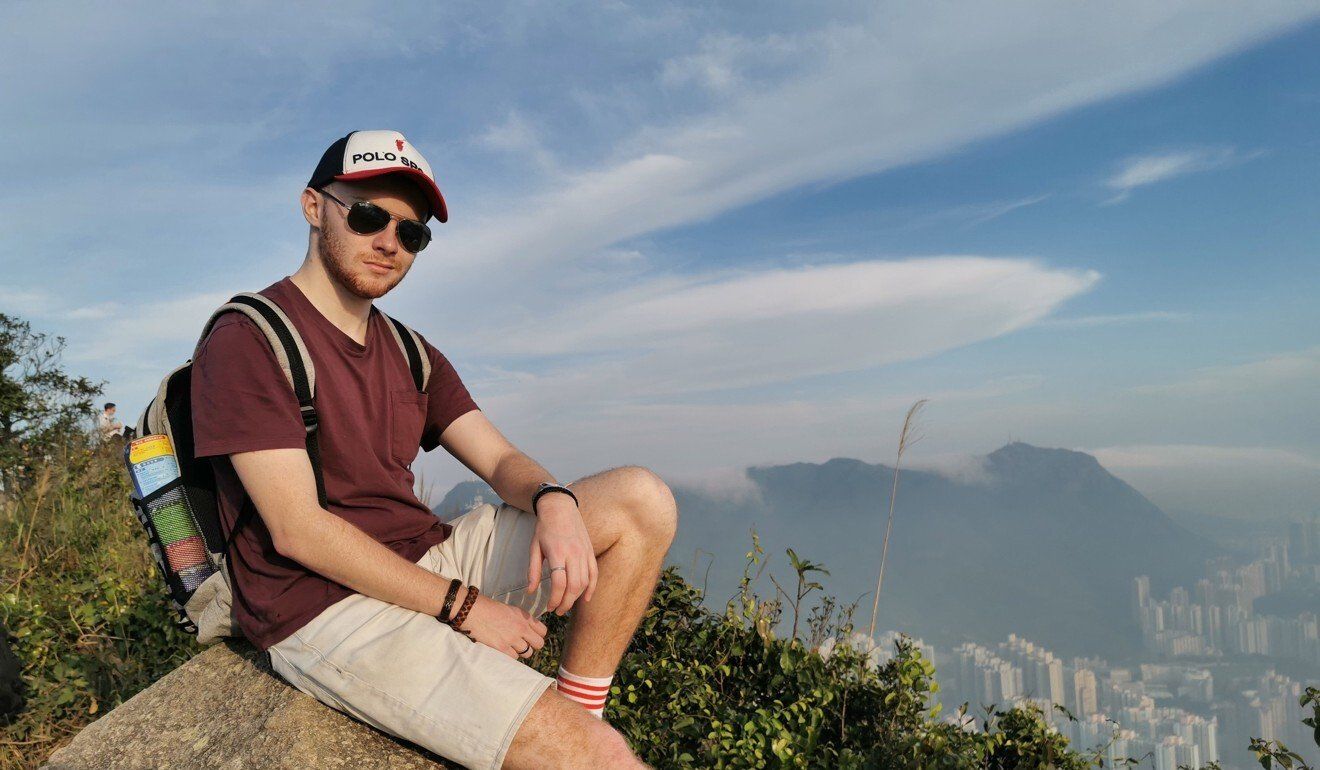 British student Matthew Seaward said the term ‘gweilo’ is not generally viewed as derogatory within his circle.

British student Matthew Seaward, 22, has been called gweilo so many times he considers it water off a duck’s back, noting that even expats use the word when referring to one another.

“You often have conversations with your friends and say, ‘You see that group of gweilos’, or, ‘This is just one of those gweilo things’. It’s not really viewed as derogatory,” he said.

Seaward, who has lived in Hong Kong since 2018, felt that cultural differences between Hongkongers and foreigners might have led to misunderstandings over the use of the word.

“Cantonese is a very direct language and often, the way Hongkongers speak may come across as rude to foreigners,” he said. “However, to those of us who have lived here long enough, we understand that it is not a matter of them being impolite.”

Hongkonger Kenneth Yeung*, who is in his mid-forties and works in the finance industry, said he thought it was acceptable to use gweilo when chatting with local friends in Cantonese, but he would never call a foreigner that in person.

“It’s disrespectful,” he said. “Though we might think it is slang and not discriminatory, foreigners would be unhappy.” 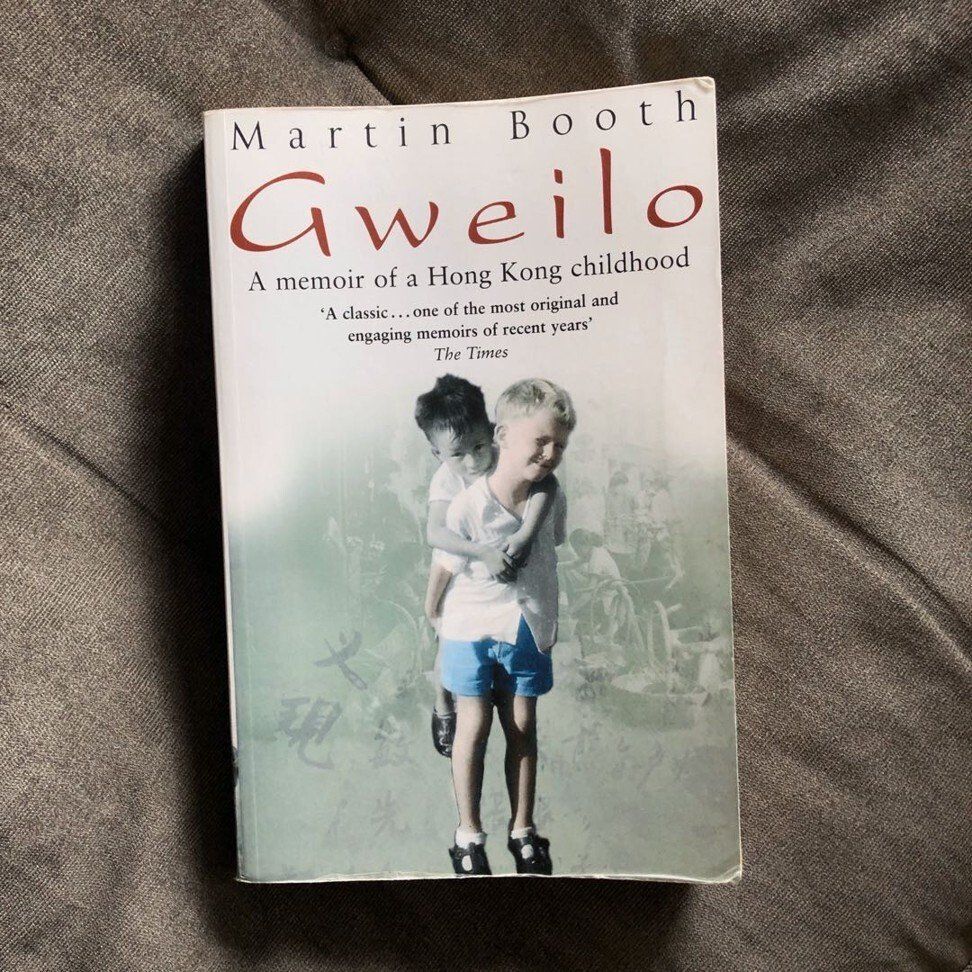 He added that Hongkongers had nicknames for practically everyone, including the Japanese, black people, Indians and mainland Chinese.

Yeung said he had been called names himself while travelling, and recalled being in the United States once when a group of teenagers made disrespectful gestures and called out “chin chin” and “chop chop”.

He was not offended and felt such behaviour was only to be expected. “People have been calling each other names for thousands of years,” he said.

IT industry employee Joliane Ge, 29, who speaks Cantonese and arrived in Hong Kong from Shandong three years ago to work, said she had never called anyone gweilo, even behind their backs.

To her, such name-calling is not acceptable. “Even laowai – ‘foreigners’ in Mandarin – is not a good term,” she said.

Assistant Professor Li Yao Tai, from Baptist University’s department of sociology, noted the benign and rude nicknames used in many countries and said these often arose to reflect biological and cultural differences as well as an “us-versus-them” mentality. 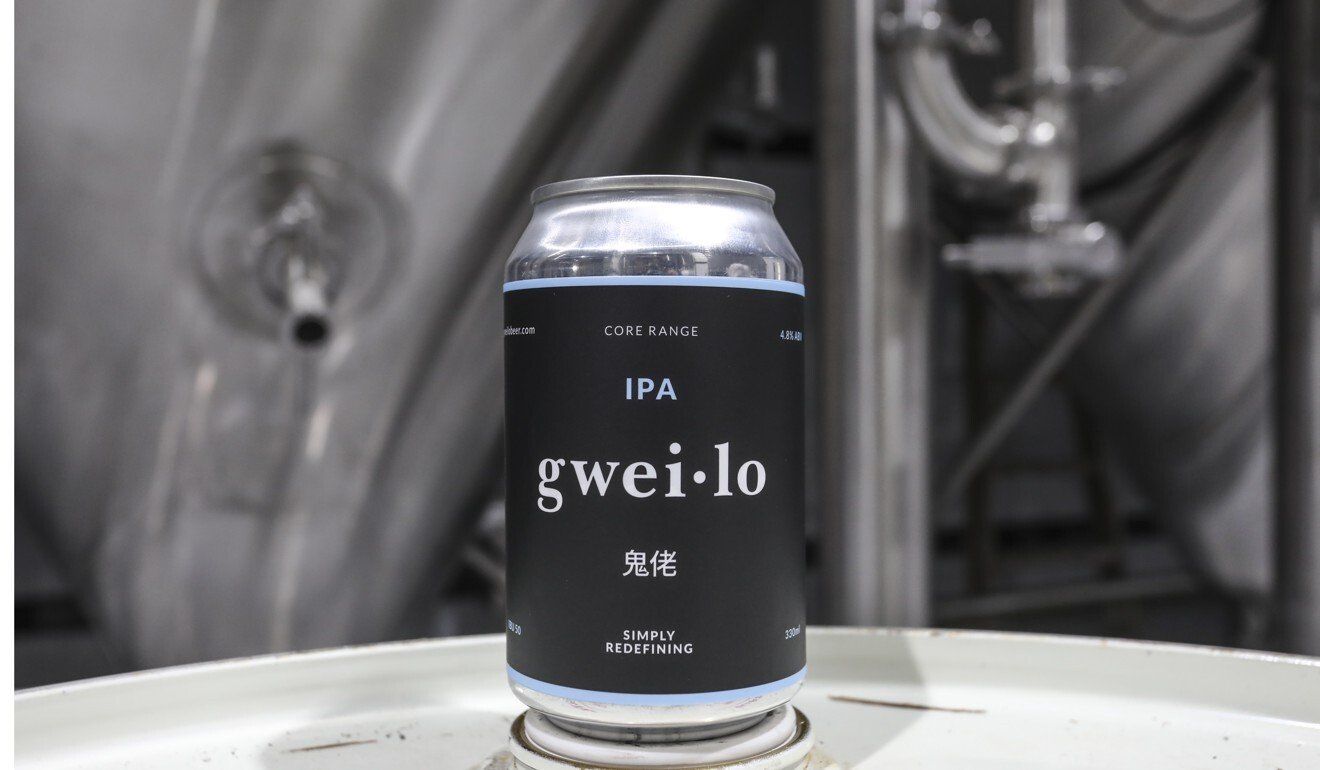 A popular Hong Kong brewery has taken its name from the word.

Sometimes there was a power element too, with one race using words to show their position at the top of the social hierarchy while rendering other races inferior.

The degree of offensiveness in a word can also change over time.

“Sometimes, because of critical events, news reports or media coverage, some terms suddenly change from positive to negative, or vice versa,” he said.

Dr Lisa Lim, an associate professor at Curtin University’s school of education in Perth, Australia, said gweilo was believed to have been first used by Cantonese-speaking locals in the Pearl River Delta to describe the first white people they saw in the 16th century.

Now used widely in Hong Kong, the word “tends not to be specifically pejorative” but can take a different meaning when prefaced by sei, which means dead or damned. “Sei gweilo” then becomes “damned foreigner”, she said.

Variations of the term have been used in English since 1878 and Lim, who analyses Cantonese words in her “Language Matters” column for the Post, noted that several English-language dictionaries did not indicate that gweilo was pejorative. 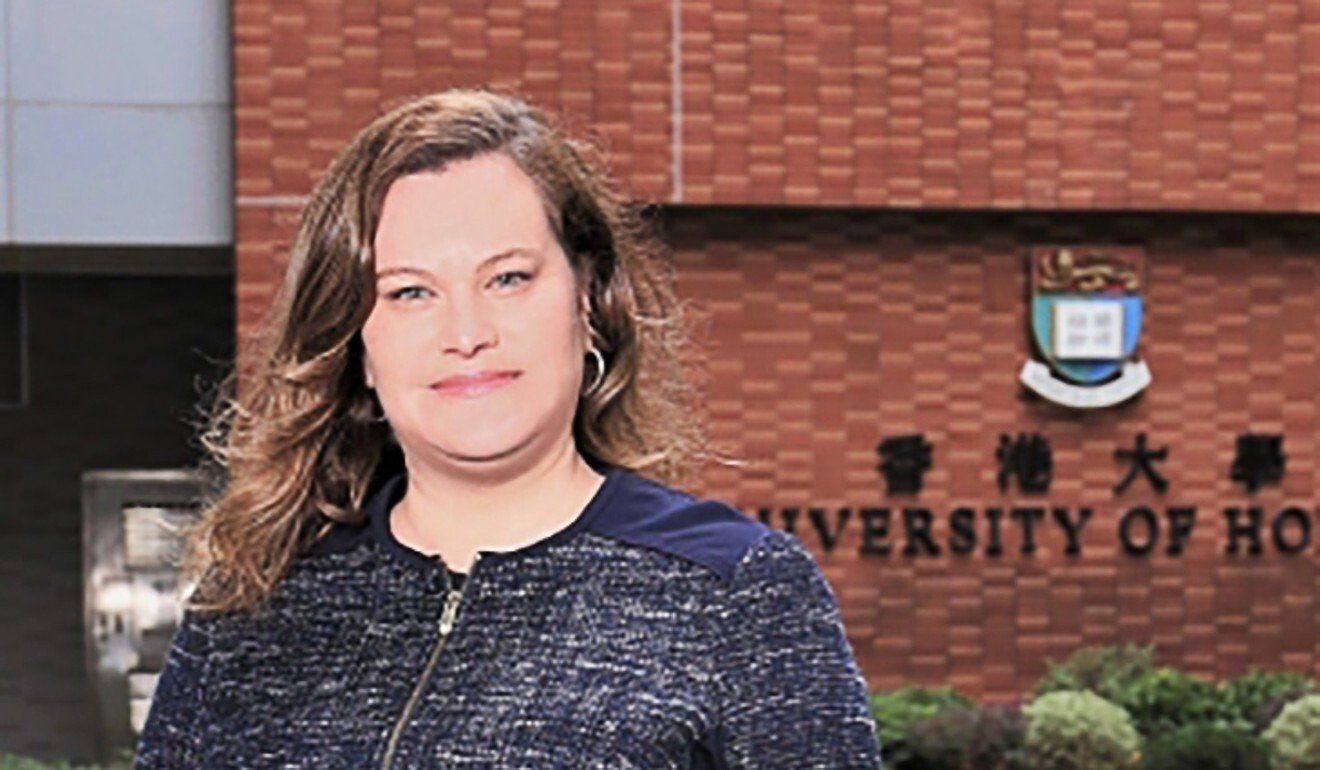 Darcy Davison-Roberts, law lecturer at the University of Hong Kong, says there is no clear consensus in Hong Kong on whether ‘gweilo’ is considered a pejorative.

“The Oxford Learners Dictionary simply defines this as ‘a person who comes from a different country, especially from the Western part of the world,’ and the Macmillan Dictionary says it is “a word used in Hong Kong for someone who is not Chinese”, and merely marks it as an informal word,” she said.

Westerners themselves have used the word, she said, and the book Gweilo: Memories of a Hong Kong Childhood, by Martin Booth, helped to paint “a more benign, affectionate view of the gweilo persona”.

Lim added that even businesses use the word, such as the Gweilo Beer craft brewery established in Hong Kong in 2015.

Asked if the word gweilo could be regarded as harassment under the law, a spokesman for the Equal Opportunities Commission said it would depend on several factors, including the actual circumstances of the case, context of the particular situation, and the relationship between the persons involved.

Law lecturer Darcy Davison-Roberts of the University of Hong Kong said any term that referred to a person by way of his race could be considered discriminatory if used in an insulting or disparaging way that caused offence, humiliation or embarrassment.

But unlike other racially derogatory terms, she believed there was no clear consensus in the community over gweilo and whether it was racially pejorative.

“The difficulty is whether gweilo carries a negative racial connotation from which race discrimination can be inferred,” she said.

Like Baptist University’s Li, Davison-Roberts said the meanings of words did change over time.

“In some cases, a particular word which historically had an offensive meaning, can, over time, become devoid of the negative racial connotation or lose the racial sting it may have once had,” she said.

“The reverse can also be true, and words once freely used and not considered racially derogatory could become recognised as having an insulting or offensive racial inference.”