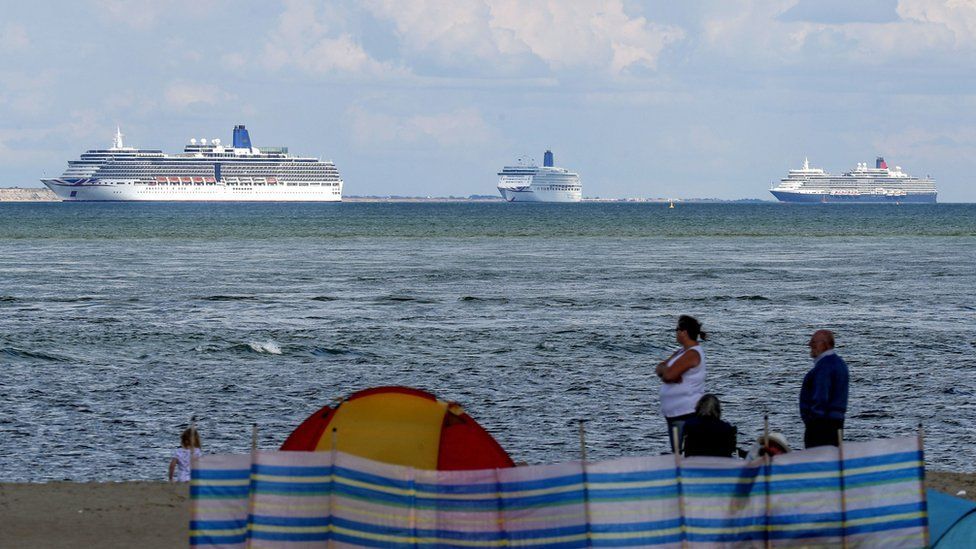 International cruises from England to restart

International cruises will be able to start again from England from Monday 2 August after a 16-month break.

People arriving at UK ports who have been fully vaccinated in the US and the EU will also not have to quarantine, the UK government said.

It's part of a plan to relax isolation rules for US and EU arrivals in the UK.

The government said that international cruise travel advice "will be amended to encourage travellers to understand the risks associated with cruise travel and take personal responsibility for their own safety abroad". 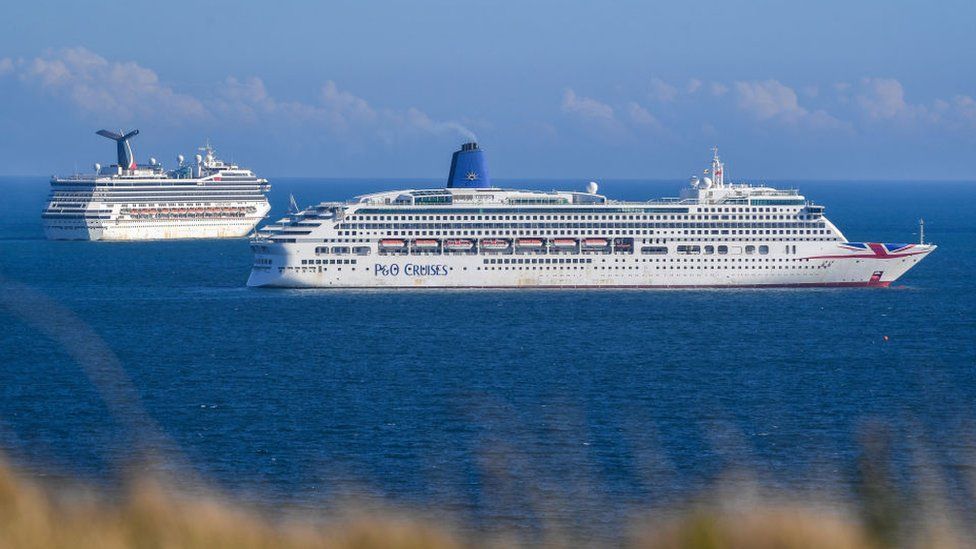 Under the new rules, from 04:00 BST on Monday 2 August, fully vaccinated US and EU travellers arriving from amber countries will not need to quarantine or take a test on day eight of their arrival.

However, they will still need to take a pre-departure test and a PCR test on the second day after they arrive.

And travellers from France are not exempt.

Under-18s will be exempt from isolation, and some will not have to test, depending on their age.

The UK government said the rule changes would help to reunite family and friends whose loved ones live abroad.

Transport secretary Grant Shapps said the reopening of travel was "progress we can all enjoy".

However, international cruises are unlikely to be available from Monday.

On its website, P&O Cruises said following their UK summer staycations, its Britannia ship will begin planned western Mediterranean itineraries on 25 September, while its Iona vessel will launch on the same date.

It said due to the current traffic light system, a "number of itineraries have had to be cancelled".

Cruises on Ventura have been paused until 3 October 2021, while cruises on its Azura ship have been halted up until 10 December 2021. Some others have been delayed until 2022.

Both firms are part of US giant Carnival cruises, which is one of the world's biggest cruise companies.

The hugely profitable business was brought to its knees by Covid after regulators around the world stopped ships from sailing to try and limit outbreaks.

There were outbreaks on various cruise liners, including some owned by Carnival.

Richard Ballantyne, chief executive at the British Ports Association (BPA), said UK domestic cruises had demonstrated how ports and cruise lines could "ensure the health and safety of passengers, crew and destinations".

He added that the organisation is "hopeful that the devolved administrations will follow suit shortly" in allowing international cruises.

The British Ports Association, which represents more than 400 ports, terminal operators and port facilities, said it was "disappointed" that arrivals from France still need to quarantine on arrival into England for ten days. 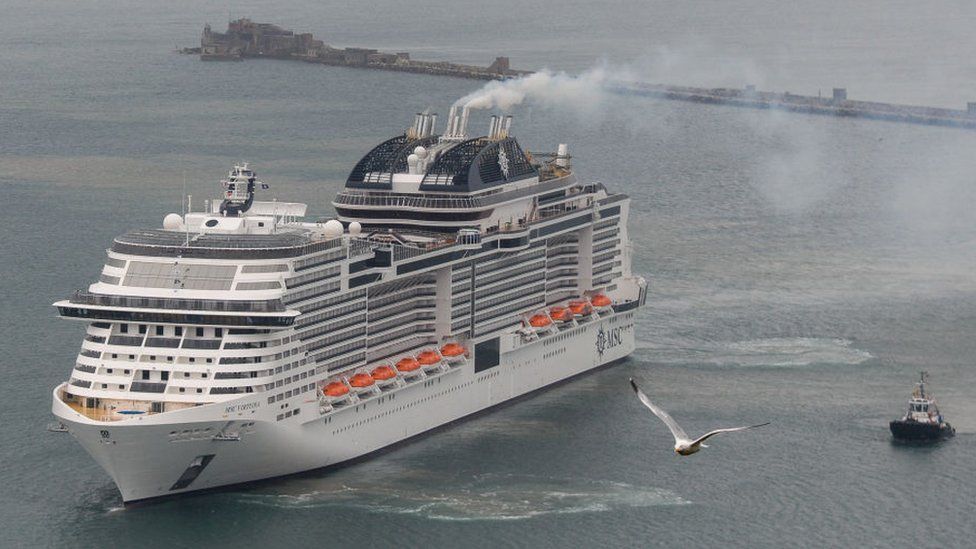 The global cruise line industry has been one of the hardest hit by the coronavirus pandemic.

In 2019, it contributed more than $154bn (£110bn) to the global economy, according to the trade body Cruise Lines International Association, before the shops were all anchored due to the lockdown.

There is an increased risk of respiratory and gastrointestinal diseases on ships due to passengers and crew mixing from different parts of the world, according to experts.

In 2020 there were major outbreaks on cruise ships, including the Carnival-owned Diamond Princess.

According to the most recent statistics on data site Worldometer, 22 countries have still had fewer Covid cases than were found on the Diamond Princess, and 27 countries have had fewer than its 13 deaths.