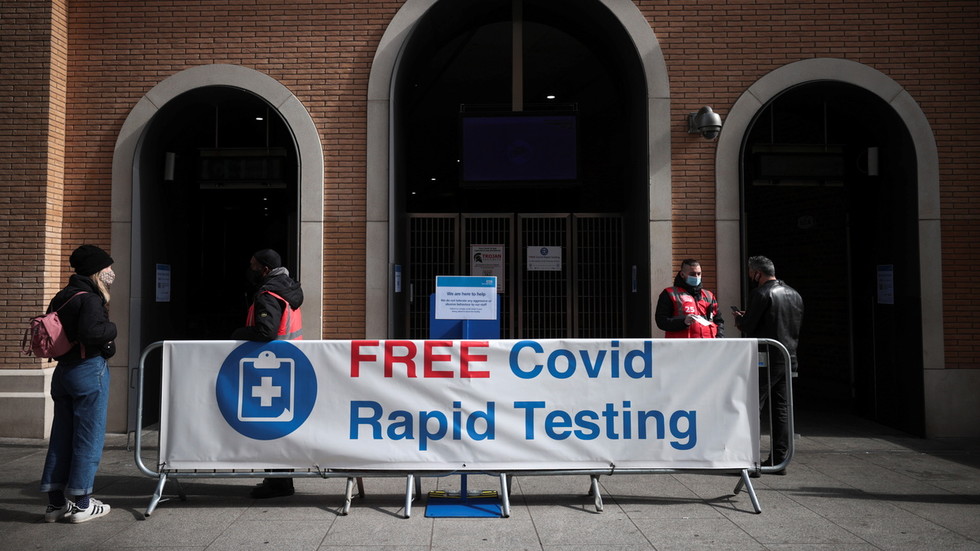 The coronavirus variant first detected in India may now account for more of the UK’s Covid-19 cases than any other strain, government scientists have said, after thousands more cases of the mutated virus have been reported.
Public Health England (PHE) data released on Thursday shows that in the last week UK cases of the variant – recently named ‘Delta’ by the World Health Organization – have risen by 5,472 to a total of 12,431.

PHE experts now believe that Delta is now the “dominant” coronavirus variant in the UK – even surpassing the country’s indigenous ‘Alpha’ variant, which has itself spread to more than 70 countries.

Early evidence also suggests that Delta may be associated with an increased risk of hospitalisation compared to Alpha, PHE said, after 94 people were admitted to hospital with the variant in the last week.

However, the government agency said more data is needed to support the theory, adding that the majority of those hospitalised had not been vaccinated against Covid-19.

The British areas most affected by Delta are the northern English areas of Bolton, and Blackburn with Darwen.

“With this variant now dominant across the UK, it remains vital that we all continue to exercise as much caution as possible,” the head of the UK Health Security Agency Dr Jenny Harries said.
#COVID-19  #Covid  #Coronavirus
Add Comment