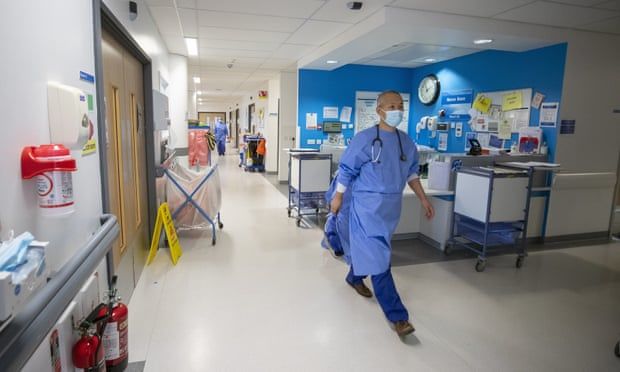 Ministers must urgently implement sweeping “plan B” winter measures or derail efforts to tackle the backlog of 5 million patients, the head of the NHS Confederation warned as the UK recorded its highest daily Covid death toll since March.

Infections have been rising sharply since the start of October but the government is resisting introducing the extra restrictions set out in its winter plan such as masks, vaccine passports and advice to work from home.

On Tuesday the UK reported 223 Covid deaths recorded within 28 days of a positive test - the highest for seven months – while the seven-day average for Covid-19 cases stands at 44,145 a day. The UK now has one of the highest weekly rates of new reported cases in the world.

Downing Street said it was keeping a “very close eye” on the situation. But Matthew Taylor, chief executive of the NHS Confederation which represents the healthcare system in England, Wales and Northern Ireland, said immediate action was required to prevent the NHS “stumbling into a crisis” where the elective care recovery would be jeopardised. 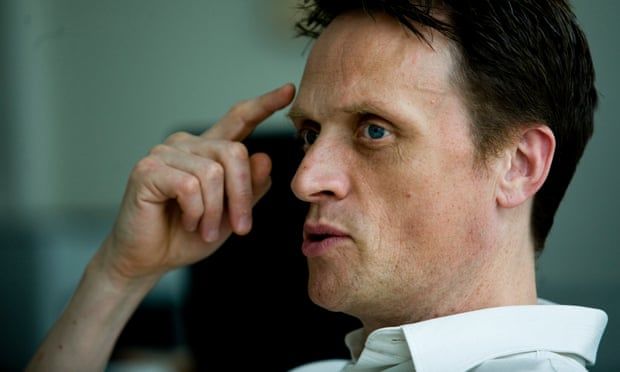 Taylor said: “We are right on the edge – and it is the middle of October. It would require an incredible amount of luck for us not to find ourselves in the midst of a profound crisis over the next three months.

“The government ought to not just announce that we’re moving to plan B, but it should be plan B plus. We should do what’s in plan B in terms of masks … working from home, but also we should try to achieve the kind of national mobilisation that we achieved in the first and second waves, where the public went out of their way to support and help the health service.”

Ministers should encourage the public to do their bit by using the NHS responsibly, looking out for neighbours, volunteering or even re-entering the healthcare workforce, Taylor added.

“We need that same sense of pulling together over the next few months, trying to avoid risky behaviour if it’s not necessary. This is not a question of if we don’t do it something might happen. If we don’t do it, it would take a miracle for us not to find ourselves in the midst of a really profound crisis in our health and social care system over the next three months.”

Boris Johnson has said that if the government’s “plan A” – encouraging take-up of Covid booster and flu jabs – was not sufficient to prevent “unsustainable pressure” on the NHS it would roll out plan B. This includes compulsory face masks in some settings, asking people to work from home and introducing vaccine passports. The prime minister’s official spokesman yesterday said there were “no plans” to use the contingency measures set out in the government’s winter strategy.

The Labour leader, Sir Keir Starmer, said Johnson was showing his “characteristic complacency” in the face of growing warnings from experts, but stopped short of calling for “plan B” to be activated. He urged the government “to be more vocal, to step up and assure the public that they have learned the lessons of last year”.

Scientists are also urging ministers to introduce plan B. Prof Christina Pagel of UCL said: “We are now seeing cases and hospital admissions rising steadily and an out of control epidemic within schools. The government must switch to its plan B immediately and accelerate rollout of vaccines, including to those who are yet to be vaccinated at all or are just on one dose.”

Prof Rowland Kao, a member of the SPI-M advisory committee, speaking in a personal capacity, added: “Light touch measures, especially where these are unlikely to negatively impact people’s livelihoods or cause indirect harm, should be welcome … I do think they would be helpful now.”

Prof Mark Woolhouse, also of Spi-M and speaking in a personal capacity, said he was in favour of taking some action now “because early action can be less drastic action”.

Prof Neil Ferguson, from Imperial College London, said there was a need to speed up boosters and vaccinations of teenagers, whom he suggested should get two doses of a jab to block infection and transmission.

Jim McManus, interim president of the Association of Directors of Public Health, said there was an urgent need “to look seriously at, and consult on, the exact measures and most appropriate timing of plan B … we need to tread carefully as lockdowns and complacency are extremes we need to avoid”.

The number of people waiting for hospital treatment in England alone has hit a record high of 5.7 million as the NHS struggles to clear the growing backlog of care worsened by the pandemic.

Taylor said the NHS carried out 1.1m procedures in August and that it was facing “rocketing demand for hospital care as well as mental health services, ambulance services and primary care”.