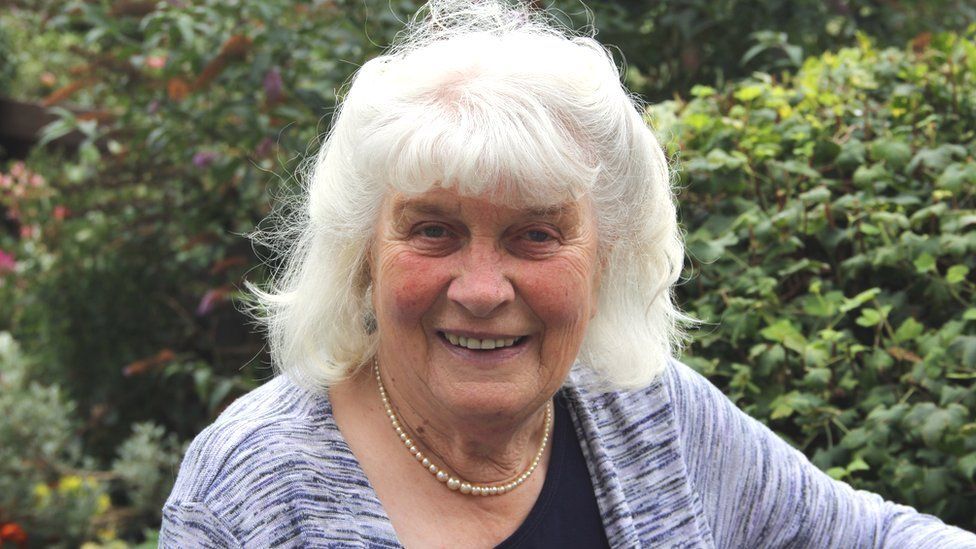 When Eleanor Moffat's sister Joan was diagnosed with breast cancer, she wanted to do something - anything - to help. So she turned to fundraising.

Eleanor organised a coffee morning, which she promoted from her newsagent shop in Coldstream. She also raised money selling apples grown in her garden.

That first event at the town's Eildon Centre in 1997 raised £1,000 - leaving her delighted, but determined to do much more.

Now 24 years later - after countless coffee mornings, collection boxes, quiz sheets, car boot sales, dinner parties, sales of her homemade jam, and even a 90-mile walk along the Great Wall of China when she was 70 - Eleanor has reached her target of raising £100,000 for the Breast Cancer Now charity.

Joan - a mother, keen runner and dancer - died from cancer at the age of 54. She is one of eight members of Eleanor's family who has had breast cancer, while her father died of bowel cancer, also aged 54.

"When I reached the total, I was very emotional," reflects Eleanor.

"I thought about my sister: 'Oh Joan, you would be so pleased'."

The 83-year-old great-grandmother would have reached her fundraising landmark over a year ago, but as she closed in on her target the world closed in around everyone.

Her last event was a coffee morning she organised in March 2020 in Coldstream. Around 70 people were there, with Eleanor in her element as friends came forward to buy raffle tickets and catch up.

While talk of coronavirus was in the air, nobody seemed overly worried.

Conversations over coffees and biscuits were only interrupted by the noise from the tombola table, or Eleanor banging her walking stick on the ground to announce the raffle results.

Later that month, political leaders announced lockdown across the UK and told everyone to stay at home.

Eleanor was about £600 short of her goal. With coffee mornings and any other forms of face-to-face events no longer possible, her fundraising ground to a halt.

"I was very, very disappointed," she said. "I am not getting any younger. Ironically, if this hadn't happened, I would have been heading towards £10,000 over the target. All charities have been hit. I can't grumble."

Finally, after almost 17 months of waiting, Eleanor achieved her £100,000 goal following a private donation by a long-term supporter of her charity work.

To celebrate, she hosted a garden party at her home in Coldstream, which overlooks the River Tweed. Family and friends were there, many of whom have helped Eleanor in her fundraising efforts for years. 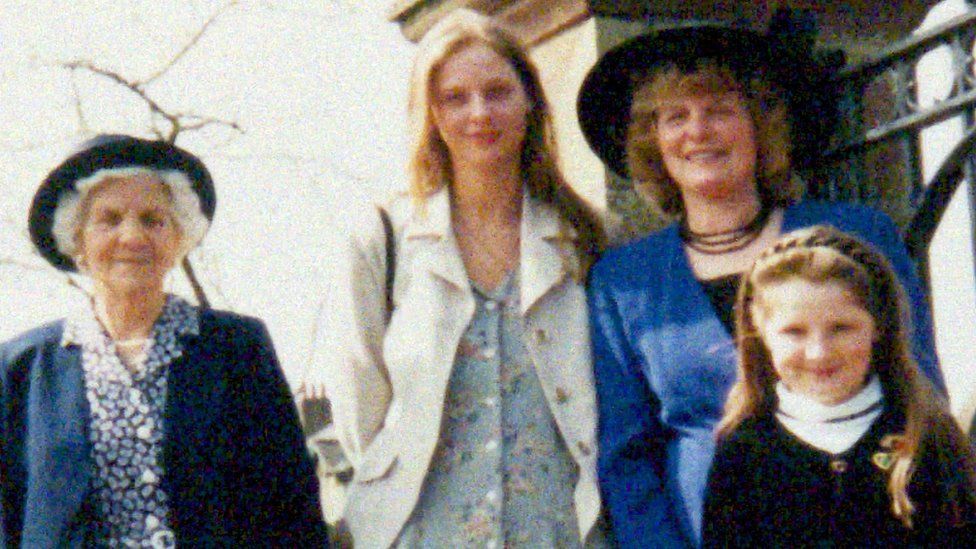 Eleanor is always keen to point out that she would never have been able to achieve her fundraising goals if it wasn't for the communities of Coldstream, other towns in the Borders, and supporters in Northumberland who help her.

Eleanor's neighbour, Stephen Ball, was one of those at the garden party.

"It has been coffee mornings, raffles - simple things, and downright determination from Eleanor. She is so committed to the charity," he said.

"She is one of a kind and is always there to help everybody."

Eleanor's fundraising for the breast cancer charity is only part of her story. Before her sister was diagnosed with cancer, she raised more than £10,000 for Macmillan Cancer Support.

Eleanor has also supported schools and churches in Africa, the RNLI, Guide Dogs and enabled a community purchase of an ambulance.

At a conservative estimate, Eleanor is thought to have raised about £150,000 in total. She proudly hangs a letter from Prince Charles on her wall, which praises her work, and earlier this year she was also recognised on the Queen's Birthday Honours List with a British Empire Medal for services to charities. 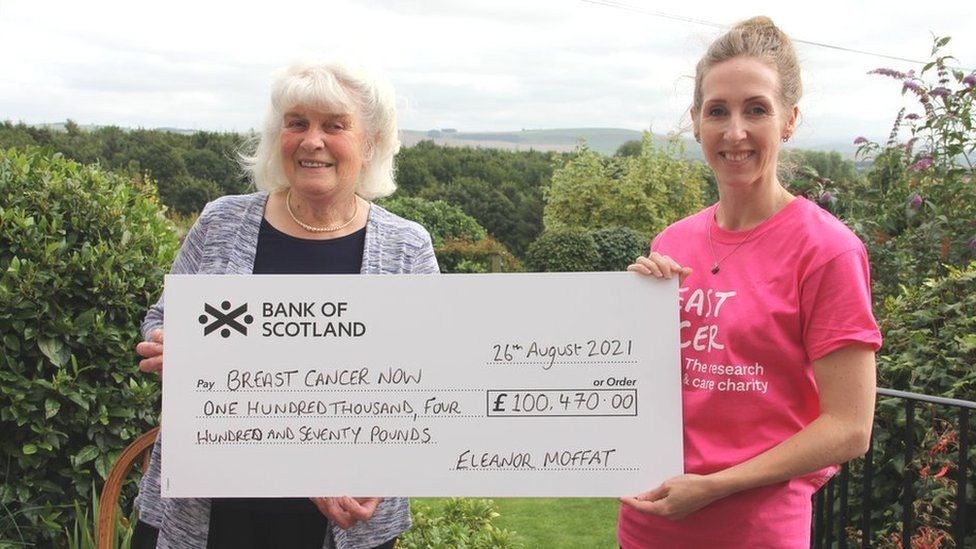 Rachael Franklin, from Breast Cancer Now, said: "We'd like to give our heartfelt thanks to Eleanor.

"The Covid-19 pandemic has presented us with huge challenges but we've worked tirelessly to ensure we continue to be there to support anyone affected by breast cancer the whole way through, and to drive world-class research and hope for the future.

"The money that Eleanor has raised will help us to achieve our ambition that, by 2050, everyone who develops breast cancer will live and be supported to live well."

And now with the £100,000 target achieved, what is next for the great-grandmother?

"I actually have a coffee morning booked for next year.

"Although I'm older, you have got to have something to motivate yourself.