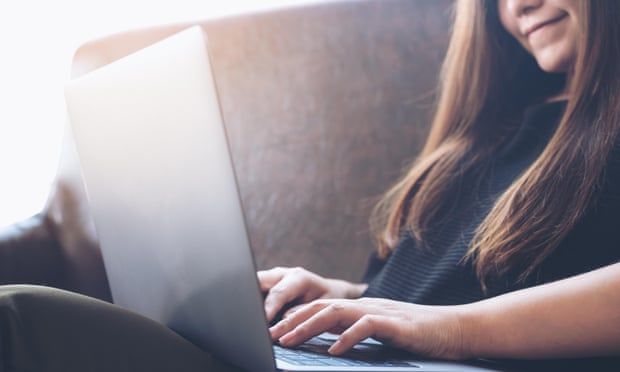 ‘How is that a real job?’ Parents struggle to keep up with children’s career options

When Leon Martin asked for his parents’ advice on how to pursue his dream of becoming a UX designer, they were flummoxed. “I literally didn’t have the first idea what he was talking about,” said Anne, his mother. “I didn’t know whether he was talking about designing clothes, computer programmes or a fancy new brand of mountain bike.”

Even when 18-year-old Leon explained that the role was to do with “behind the scenes” online design, his mother floundered. “I felt like I’d totally failed as a parent,” she said. “My job as a parent is to open doors so my children can achieve their potential, but how can I do that when I don’t even understand what their ambitions are?”

Anne isn’t alone. Research has found that more than two-thirds of parents of 11- to 18-year-olds in England are lost in a “job fog”, feeling overwhelmed as their children express interest in careers they know nothing about.

The situation isn’t helped by the number of new career and education options available to young people. More than 75% of parents felt that giving relevant career advice to their children was almost impossible in such a fast-changing jobs market.

Michelle Rea, from Talking Futures, which carried out the survey of more than 2,000 parents of secondary school pupils in England, said parents were concerned that their lack of knowledge could hinder career conversations.

“All the evidence points to the pivotal role parents’ attitudes and opinions play in shaping and influencing their children’s education and career choices,” she said. “The temptation is to stick with what we feel most confident talking about, and that’s usually what we know and have experienced ourselves. But things have changed since most of us were at school.”

Bryony Mathew, a neuroscientist, British ambassador and author of Qubits and Quiver Trees: Awesome Careers of the Future, said the world was changing so rapidly that parents should not try to identify specific careers for their children.

“Children in primary school today will one day take on careers that don’t yet exist, and each child won’t have just one career but lots of different careers,” she said. “This means that parents should be encouraging their children to learn a wide mixture of art, science, computing and coding, so that they can find or create their own niches. Parent can’t possibly teach a child what their niche is in such a fast-moving world; it’s something the young person has to discover themselves.”

Shamajul Motin, an educational consultant for the Shaw Trust, employment consultants who work for the government and the Education Skills Funding Agency, said he spent most of his time talking to parents who did not understand their children’s career choices.

“For example, we have loads of young people who want to be streamers, and the parents are like: ‘How is that a real job when all they do is play computer games all day? How are they going to make a living out of that?’” he said. “But the parent doesn’t realise that the child actually can not only make a lot of money from doing exactly that – but go on to gain the attention of a big gaming company and then be employed by them. The world of work has changed and it’s taking parents time to realise that.”

User experience design is the process of creating evidence-based designs for products or websites. Decisions in UX design are driven by research, data analysis and test results rather than aesthetic preferences and opinions. Senior UX designers and consultants can earn £65,000 a year or more.

Live streaming technology lets you watch, create and share videos in real time. A streamer plays video games live for an audience, speaking to viewers on microphone and camera. Viewers can respond through a dedicated chat channel. Streamers make money through viewer donations and advertising. An expert streamer can make up to £350,000 a year.

A specific branch of artificial intelligence that uses big data to create complex algorithms to programme a machine (such as a self-driving car or digital voice assistant) to perform and carry out tasks like a human. The average salary for a machine learning engineer in the UK is £52,000.

Asteroids and minor planets contain important materials such as gold, silver and platinum that we need to make electronics. Asteroid mining is the hypothetical extraction and transportation of these minerals back to Earth using flying asteroid bots. A job of the future …